Benoit Beaufils
Published 9 years ago. About a 9 minute read.

In this series, Christophe Fauconnier & Benoit Beaufils, respectively CEO & founding partner of brand consultancy Innate Motion, present the tools that the company uses to develop purposeful, mission-driven brands with their clients. Benoit & Christophe view their tools as a free “thoughtware” suite, and propose that readers borrow and reapply. Read about the other tools in the toolbox: people immersions and the shared value landscape.

Laurel & Hardy. Woody Allen. Boris Eltsine and Bill Clinton, laughing out loud. Charlie Chaplin, dancing with his globe in The Great Dictator. Mr. Bean. Borat. Ben Stiller in There’s Something About Mary, a drop of semen dangling from his ear.

As images come and go at the beginning of Life Is Beautiful, the voice of the speaker remains surprisingly serious. “Since the dawn of time,” he says, “comedy has been with us. From the irresistible desire to play a prank on someone we love, to the nagging impulse to ridicule the things we despise, comedy has the power to heal, move and bring people together. A sense of humor makes life bearable. When we hit rock bottom, it pulls us through.” Roberto Benigni finally appears on the screen, turning life in a concentration camp into a joke to protect his son from fear. “Don’t be fooled by a smile,” continues the speaker, “comedy matters, even when we don’t take it seriously.”

Yet at Comedy Central, the team once forgot that truth. They ran a TV channel, and saw comedy as a “benefit” to deliver upon. The human relevance of humor is far greater than a “benefit” to play with in the “category” of television channels, but they had lost the sense of “why” it mattered to the viewers, to themselves and even to the people who bought their advertising space.

Nothing is more powerful that a group of people with a sense of purpose, sharing something that matters to them. But a sense of purpose is sometimes difficult to find or define, and people often lack tools to do so.

Purpose matters to us because as human beings we have the desire to contribute to and belong to something bigger than ourselves. Purpose matters to us because it allows us to co-create a culture or an environment in which ideas that people want to believe in can happen. But purpose is an emotional thing. We struggle to express it and we lack the proper language to do so. The reason for this is simple: Purpose is only meaningful in the context of a specific ethos or ideology that people want to buy into.

The Believer’s Pyramid tool is one of the tools that we use to integrate a sense of purpose and social contribution into the core of everything that a business does. It leverages the idea that as individuals, and even more so as communities of people, we are all believers. Belief is a human invention to deal with the tension between what is and what could be. It helps us believe in a better world, and cultivate it.

What would the Coca-Cola brand be without the shared belief that there is more that unites than divides, and the desire to champion this across time and context with stubborn optimism?

What would the Dove brand be without the shared belief that every woman has beauty, and the desire to challenge societies’ narrow definition of it, to champion the view that personal care should be a source of happiness?

What would the Nike brand be without the belief that every one of us can succeed, and the desire to fuel every man or woman’s ability to achieve infinite possibilities?

With that belief as a base, the tool is deceptively simple. It defines any brand by three core elements:

By doing that, it clarifies the brand’s purpose.

The Believer’s Pyramid therefore redefines a brand’s products, as things that bring to life the idea it stands for. Coke’s experience — burning the throat and awakening the body. Dove’s hydrating formula — nourishing the beauty you have, while L’Oréal promises to change your beauty for the better. Nike’s products, from the Air shoes to the Fuel Band, find ways to get us on the move. Product features matter — when they serve an idea and help us to create sense.

When a brand addresses a tension that burns in our bellies, when it offers an idea we want to believe in, when it offers products that make it real, it creates real value for the people it serves — and it then makes our world better, even if by a little.

At Comedy Central, we went back to what laughter was really about. Laughter, for all of us, is what allows things to be put in perspective. When life feels like a burden, when we need to make it bearable, humor is a weapon. In The Great Dictator we use it to ridicule the powerful when we can’t defeat them. In Life Is Beautiful, we use it to come to terms with pain when we can’t alleviate it. In “Mr. Bean," we use it to look at our flaws with a little love when we can’t change them. In our deepest struggles, just as in the everyday frustrations we deal with, a change of perspective is what we need to see life differently. This was the human truth that could power them.

They then realized that Comedy Central, rather than standing for a pile of fun stuff, had a role to play. They believed in the power of humor — this was the point of view that they could uphold.

And that point of view changed the definition of who they were. If humor was a weapon, how would they bring it to life? They redefined Comedy Central’s product truth as “the comic relief center.” It was not just about piling up funny movies but also about taking a stance. The programming changed. Live acts were introduced, and care was given to the development of a grittier grid.

For the team, it also changed reality. They were “cartoon screeners” — they became “laughter activists,” and it impacted the way they did their jobs. The team produced a manifesto film, to bring to life the essence of their brand. A film in which the speaker would say: “Don’t be fooled by a smile — comedy matters, even when we don’t take it seriously.”

At Comedy Central Benelux, where we did this work, the morale surged and the pride came back. The team came to work every morning with a clear sense of why their job made sense: “We unlock the power of humor.” In a year, advertising sales grew significantly. Working with a purpose, for Comedy Central, made a difference.

Since we designed the Believer’s Pyramid, we have used it with dozens of brands, across categories and geographies. Unilever, the world’s second-largest advertiser, embraced it, calling it the “Brand Love Triangle” and turning to it as the essential tool to define the positioning of their four hundred brands.

It is a simple tool, and as any strategic thinking tool, it becomes powerful only when it is turned into reality. But when the point of view of the brand is embedded in everything it does, change happens. Some of our clients engineer beauty products that help young women feel better about their chances. Others craft financial services that will facilitate the progress of the growing middle class in emerging markets. Others still design nutritious products that give children a better chance.

For all of them, it is about growing a business, not about running a charity. But all of them use a sense of purpose to ensure they create real value for the people they serve, and it drives their success. Unlocking a sense of purpose is possible for every business — if it can apply human sense to what it does, rather than only rational business sense. 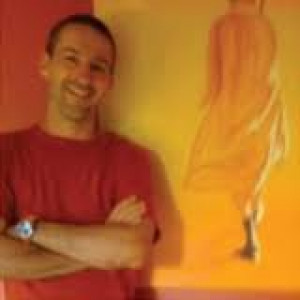