Marketing and Comms
Fashion Revolution Day:
A Global Movement to Clean Up an Industry

Carry Somers
Published 8 years ago. About a 5 minute read.

For those within the fashion industry who have been working for many years to highlight the need for more transparent, traceable and accountable supply chains, the Rana Plaza disaster in Bangladesh was a metaphorical call to arms. The days following the tragedy saw a plethora of articles calling for a more ethical fashion industry and we looked for ways to channel this energy and momentum into lasting change.

Similar disasters have had a far-reaching effect: The Triangle Shirtwaist Fire in New York in 1911 in which 146 people died helped to solidify support for workers' unions, bringing decent wages, safer workplaces and tougher regulations within the US garment sector. In the immediate aftermath of Rana Plaza, many brands could not even say whether or not they had been producing garments within the building, drawing attention to the urgent need for greater transparency and accountability within the industry.

In addition to feeling anger at the wholly preventable loss of life, and impotence at the unfolding tragedy in the days after the factory collapse in Bangladesh, I also hoped that the heightened awareness around ethical fashion would draw attention to examples of best practice within the industry. At Fair Trade hat purveyor Pachacuti, we have carried out time-consuming, pioneering work over the past five years in building more accountable and traceable supply chains, and this has been vitally important in terms of setting standards within the fashion industry. Our tools and methodology have been replicated in Fair Trade groups around the world, helping to raise standards and measure impact on some of the most marginalized producer groups.

Over the past 21 years, we at Pachacuti have built our accessories brand on a foundation of Fair Trade, sustainability and a fully traceable supply chain. We have participated in innovative international pilot projects providing unprecedented levels of transparency for a fashion brand, which involved creating the first Fair Trade certification to look at a product’s entire supply chain, rather than how specific commodities are produced — right down to mapping and publishing the GPS coordinates of each one of our 154 Panama hat weavers’ houses!

I knew that our work over the past five years was extremely valuable in terms of showing what is possible within the garment industry supply chain, but there seemed very little interest, or will, amongst the mainstream brands to implement better standards and be accountable for the ethical and environmental practices their suppliers.

Rana Plaza was the culmination of a series of smaller tragedies in garment manufacturing over the past decade, few of which made international headlines. But the images we all saw on television at the end of April made a real impact: Over 1,100 people had died and a further 2,500 were injured for our fast fashion fix. The relentless pressure on factories to get garments shipped on time to meet the demands of a 12-season fashion year was the reason factory owners forced their employees to work in a condemned building.

Since then we have seen the beginnings of a shift in global consumer interest as to where their clothes and accessories were made and who made them. Articles appeared everywhere demanding a more ethical industry. But how to build on this momentum in order to channel current concern into a longstanding campaign resulting in real change?

The idea literally popped into my head in the bathtub a few days after the disaster: Fashion Revolution Day — an annual day to raise awareness, raise standards and collectively create a more sustainable future for fashion. A few moments of consideration was all it took. I jumped out of the bath and emailed Orsola de Castro, co-founder of Estethica, the ethical section of London Fashion Week, and the queen of upcycling. I received an enthusiastic response and the following day Lucy Siegle, Ethical Living columnist for the Observer, phoned me and was equally convinced that an annual Fashion Revolution Day could be an impetus to bring about real change in the fashion industry.

Eight months on, Fashion Revolution Day is becoming a global movement, bringing people together the length of the value chain, from farmers to factory workers, brands to buyers, consumers to campaigners. We have country coordinators in roughly 15 countries and regional boards in the UK, Australia and the US that have brought together some of the most respected brands, retailers, activists, organisations, press, academics and more from the fashion industry and beyond. Baroness Lola Young of Hornsey, who set up the All-Party Parliamentary Group on Ethics and Sustainability in Fashion, said, “Fashion Revolution Day promises to be one of the very few truly global campaigns to emerge this century."

The first Fashion Revolution Day will be on 24 April 2014 — the one-year anniversary of the Rana Plaza disaster. We see it as an opportunity to celebrate fashion as a positive influence and support all those who are on a journey to create a more ethical industry. We will raise awareness of the fashion industry's most pressing issues and, through examples of best practice and innovation, demonstrate that there are viable alternatives to the current business model.

Our theme for the first Fashion Revolution Day is Who Made Your Clothes? We want to start by improving transparency and reconnecting the broken links in the supply chain, highlighting the fact that we aren't just purchasing a garment or accessory, but a whole chain of value and relationships. 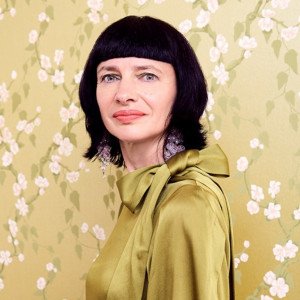