By leaning into its data, tirelessly communicating the value of policy transparency at the corporate level, and providing unbiased reporting to the US workforce and consumer, JUST Capital is flipping the narrative on capitalism.

Inclusivity, equitability and rebuilding often describe Detroit, this year’s home to our annual flagship conference — June 3-6. But to Michelle Mullineaux, Managing Director of Marketing at JUST Capital, these are table stakes for businesses to survive, as laid out by the US workforce.

JUST Capital, a nonprofit charity born from the crisis of capitalism, is a platform for corporate transparency. Measuring and ranking corporations based on the issues most meaningful to the US public, JUST Capital is empowering people with information aligned with their values.

We caught up with Mullineaux to get a deep dive into why SB’19 Detroit is a great fit for JUST and why it’s a win-win to create ‘just’ jobs.

Next month in Detroit, Mullineaux will moderate a discussion with three corporate leaders from diverse sectors (all ranking highly on the newly published JUST 100 list). Mullineaux sees this panel as proof that aligning public values with business practices benefits all.

“This is what America wants to see from corporations and leader,” she says. “They want a balanced model, not a one-size-fits-all approach. UPS’s environmental focus is outstanding, Humana leads in worker investment, and Campbell’s gives back to their community. Our rankings are transparent. We want people to put that power behind their dollar; we make our tools and findings accessible for free, because we want business practices to truly align with the priorities of the American public.”

In its annual survey of 10,000 US consumers, JUST found that the public’s priorities comprise a broad set of issues. Nine of those rise to the top for the country’s workforce, and JUST annually collects independent and unbiased data on each. But getting the public to discuss tuition reimbursement, benefits packages, career development and day care services (4 of the 9 worker-centric issues) is easy compared to corporate transparency, it seems. According to Mullineaux, many corporations are reticent to disclose where they are in all 9 areas, because they feel their narrative isn’t perfect, they are still a work in progress, or may not even have the policy to disclose.

“Only 2 percent of the companies in our report disclose information on all 9 areas. This is a sad state of disclosure. But the ROE (return on equity) is there — corporations that are disclosing their information are outperforming those that don’t,” Mullineaux asserted. “We see the power in taking the risk. And corporations need to have the ‘journey’ mindset — they don’t need to be perfect on day one.”

With corporations in a constant race for talent, aligning and disclosing their policies may be the fastest way to win that race. As Mullineaux notes, the transparency of, and policies on, issues most valuable to workers is about a decade behind that of environmental issues. However, discussions are happening. Recently, the Securities and Exchange Commission Investor Advisory Council spoke to the importance of applying human capital disclosure requirements on public companies. With 86 percent of companies disclosing diversity and equal-opportunity policies, but only 11 percent disclosing their targets, there is much work to be done, and those requirements could have great impact on JUST Capital’s work. Mullineaux does see companies embracing transparency more readily and holding leadership’s feet to the fire, though; with the tech industry as one of the loudest voices talking about the social issues.

While tech has been a leading voice in the conversation, Mullineaux stresses the stability of the nine issues across industries and demographics. There are no new trends or values breaking into the top issues, and there are no issues more valuable to one subset of the workforce than others. No industry exponentially outweighs another in its transparency, and people in the US are unified in their priorities, according to the JUST Capital data — that cohesion is a powerful message to corporations. Mullineaux also points out that some issues one might expect to be polarizing or politicized, are not.

What the US public is asking for, according to JUST Capital’s data, is the key to debunking shareholder capitalism, which has broken the system and left too many behind. It’s an intuitive and clear model, but without corporate buy-in — the sharing of information on these key issues — the model doesn’t work. Mullineaux stays positive, though, and believes it is a huge mind shift for US business practices. As the Win-Win of JUST Jobs states, “Americans agree that leadership and transparency around worker issues are imperative to just business, and we believe companies can demonstrate the proof behind their purpose through additional disclosure on these issues.”

‘Proof behind purpose’ is where JUST Capital’s value lies. Its focus on the “S” in ESG (Environmental, Social and Governance) covers worker issues; and the overall reporting of JUST goes further, covering environmental and leadership policies, as well. By leaning into the data, tirelessly communicating the value of policy transparency at the corporate level, and providing unbiased reporting to the US workforce and consumer, JUST Capital is flipping the narrative on capitalism.

Looking ahead to connecting with her tribe in Detroit next month, Mullineaux says she sees inclusivity, equitability and rebuilding not just inspiring attributes of Detroit, but as the foundation of a ‘just’ world for the worker, the consumer and the corporations to transform business as a force for good. 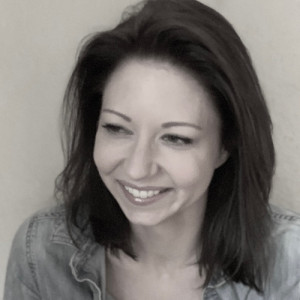 Alison Ferolo has over a decade of content creation and brand storytelling experience; most recently focused on the cultural shift toward a more sustainable and responsible future.

MARKETING AND COMMS
The V Model: Validity and Vulnerability in the Age of Elon Musk