Marketing and Comms
Storytelling for Sustainability:
How Opening Up Can Open a Whole New Frontier

Our community has made tremendous strides in building a better world, but if we leverage the combined power of people and data to build a better narrative, we can open up a whole new era of possibilities. We’ve got to put some soul in sustainability.

Most of the world knows Brené Brown for her moving TED talk on vulnerability, a moment that spotlighted her as both a motivational speaker and gifted storyteller. But for me, it’s Brown’s work as a research professor that is most consequential. She once said, “I collect stories; that's what I do. Maybe stories are just data with a soul.”

Data with a soul.

The moment I heard that, I realized that the US Green Building Council (USGBC) — and the green building and sustainability community as a whole — could really learn a lot from adopting that sentiment.

For more than a quarter-century, USGBC has led the way on establishing and improving sustainable building standards for people around the world. We have embraced performance reporting because we believe it encourages better decision-making, and lays the groundwork for more transformative building and business practices. And we are already seeing the results of making this a priority.

In just a few years, we expect tremendous growth in the green building sector. Today, there are nearly 97,000 registered and certified commercial projects participating in LEED in 167 countries and territories across the globe, with 2.4 million square feet of building space becoming LEED-certified every day. Growth in the green building sector is undeniable — and yet there is still more we can do create a more sustainable future for all.

Over the last few years at USGBC, we have been focusing on that future — specifically by grappling with how we can connect the dots between data and people. In particular, we have wondered how much data we really had about where we stood in the real world — outside our environmentalist and sustainability bubbles. What good are our values if they remain in a vacuum? And in the face of unprecedented climate-related risks, we questioned, how many people — other than leaders in our field — truly understand the potential of LEED and sustainable building?

So, at USGBC, we started paying closer attention to the way our industry peers spoke in workshops, in leadership seminars, during speeches and on the convention floor of many of the sustainability world’s most notable events.

What we found: There were a lot of figures being thrown around. That’s to be expected — as a self-professed data nerd, I’m guilty of this, too. After all, USGBC is an organization that prides itself on quantitative analysis and benchmarking, setting rigorous certification standards and detailed guidelines for building “green*.” *Our speakers have presented powerful cases, bolstered by staggering statistics — but not always directly connected to specific human experiences.

In other words, collecting data was never the problem. Collecting stories is where we’ve always left room for improvement.

To address the issue, I figured there was no better place to start with than with myself: If USGBC is committed to higher standards for every part of our building processes, systems, and credentials, then shouldn’t we also commit to having higher standards for the way we tell our story?

So, before my speaking engagements, I began auditing my own abilities. I wondered if my way was best for presenting this information or if others had better ideas. I asked myself if what I was proposing mattered to the business leaders and stakeholders in the room, and most importantly, had I considered not just what, but WHO is represented by the data I was sharing on behalf of USGBC.

In two experiments, my findings were very powerful.

A year and a half ago, I told the crowd at Greenbuild Boston about Stefano Boeri’s Vertical Forest in Milan. But I didn’t just say that it is a geothermically heated, LEED-certified building, though that is fantastic! And I didn’t just point out that it removes 11 tons of carbon dioxide from the air each year, though that is remarkable! Instead, I provided context: I talked about what that removal means to human beings — how replicating the concept will extend the lifespans of countless people, how Boeri’s own design background inspired him to conceive and realize this masterwork. But most importantly, I talked about how everyone’s personal experiences can and should be powerful data points in driving our work forward.

Then, last year, I recounted the story of Kamal Meattle, CEO of the Paharpur Business Center — India’s first LEED-certified Platinum building. The air quality in Delhi is among the poorest in the world — many people, Kamal included, are quite literally allergic to the air; doctors told Kamal his lung capacity had diminished by 30 percent. Their advice was that he should leave his city, and seek safer air elsewhere. But Kamal didn’t want to leave his home. Instead, he discovered that certain plants could actually generate clean air indoors and began growing them inside his office building. Since then, respiratory illnesses have dropped 34 percent among the building’s workers and medical symptoms associated with air pollution have decreased. Kamal’s creation is now the healthiest office building in Delhi, and much like Boeri’s Vertical Forest, it is a model for how telling stories like these can result in not just changing, but saving, lives. 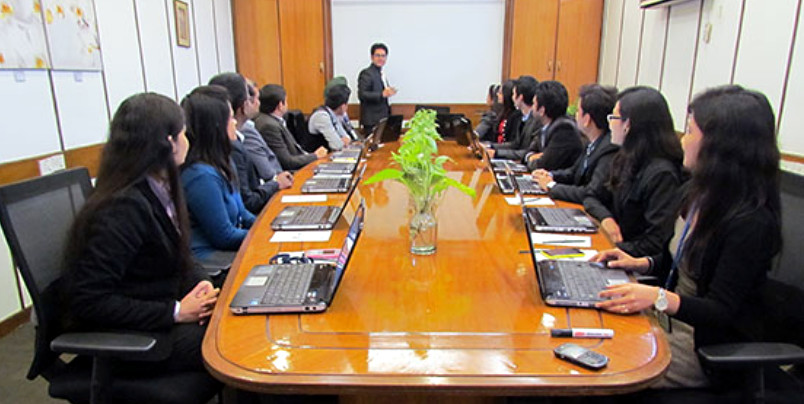 In both cases, the response to my talks were immediate. Audience members sent USGBC spontaneous letters and emails about how inspired they were. Some of them approached me in the moment to share their own experiences.

So, six months ago, we acted on the results of our own experiment. USGBC began conducting independent, in-depth, national qualitative and quantitative research to listen to people share their views on the environment — a study whose breadth and detail went much further than the familiar audience for LEED, including residential developers and young parents in five diverse, urban markets in the US.

In the coming days, as part of an overarching campaign called Living Standard, we will release the first in a series of reports that examine how storytelling can help us make strides in sustainability. Rooted in personal conversation and interaction, this new type of data will help us better understand how people from all walks of life feel about the issues at the core of the green building community’s mission — sustainability, green buildings and the environment.

The Living Standard campaign builds upon USGBC’s existing, world-class certification programs and works to ensure that every person on the planet, regardless of background or circumstance, has access to a better, more sustainable quality of life and a higher standard of living.

Thus far, we’ve found that the primary things people want to change about their local environments are reducing waste and energy use and conserving water — all actions we know would lead to a better day-to-day experience in their communities. They expect green buildings to reduce energy use, provide cleaner air and reduce water consumption.

And interestingly, they believe in — and quite frankly, they expect — these buildings to have an impact on reduction and conservation.

However, these same individuals can’t explain or describe what role a building plays in their overall health and happiness. They aren’t even convinced that buildings do, in fact, play a large role in their wellbeing as humans; while people might believe in the idea of LEED and the concept of green building, they don’t quite grasp how a LEED-certified building is contributing to their individual health and wellbeing.

So, we have to help them better answer the all-important question: What’s in it for me?

For leaders in sustainability, and especially business leaders and building professionals, making this real — defining data as it connects to the actual human experience — is the whole ballgame.

Before we get to the very important business of building greener buildings, we have to make sure we are asking the right questions.

Take into account the leaders in your immediate orbit — but, just as critically, listen to communities outside our own for stories that have too often gone untold. Understanding the experiences of everyday people is the only way we will overcome our greatest obstacles.

And lastly, each time we consider quantitative data, we need to bring it to life by putting it into context. Look for the stories behind the numbers and share them.

Climate-related risks will impact all of us, but will be especially problematic for young people. Think of this: A child born today will be in elementary school when they are forced to contend with these issues. It’s our responsibility to lessen that burden — and to do so, we’ve got to change the dialogue around data. We’ve got to put some soul in sustainability.

Our community has made tremendous strides in building a better world, but if we leverage the combined power of people and data to build a better narrative, we can open up a whole new era of possibilities. 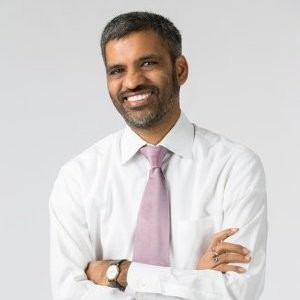