Thomas Kolster
Published 7 years ago. About a 6 minute read.

This year, the hearts ran wild in Cannes. And I’m not hinting at the mysterious couple having an amicable rendezvous in the early hours of the morning on the red carpet in front of the Palais, but at the fact that the gathered Mad Men seem to have grown soft and developed a real love for making a difference. Who would have ever expected that from the same people who’ve given us ads like, “More doctors smoke Camels than any other cigarette!” or “For a better start in life, start cola earlier!”

Even the top chiefs, the jury, were speaking a different, more caring language: "We’ll be looking for work that in some way lifts creativity and, indeed, society to a higher plane. We have to tap into consumer emotions and experiences to solve real problems," said Matt Eastwood, CCO of JWT Worldwide & Chair of the Promo & Activation Jury.

For an industry that without doubt has been a part of creating those “real problems,” it’s definitely a new discourse to aspire to. But can the ad industry ever be more than bells and whistles?

Adbusters founder Kalle Lasn is wary about the industry while acknowledging its immense power: “Corporate advertising is the single largest psychological experiment ever carried out on the human race.” He doesn’t mean that in a good way, if you’re in doubt.

This year’s introduction of a new prize to fight gender inequality and prejudice, “The Glass Lion,” also shows that the ad world has come a long way to recognize its impact, both good and bad, and for once daring to do its part. Will we see more openness in the coming years on other topics as well such as consumption, children or alcohol?

Was this year’s Cannes a Charity TV show?

The campaigns awarded this year also didn’t look like your average ad, but more like something out of a Charity TV show. The bay dotted with super-yachts, the champagne-sipping and luxurious hotels seemed to be in stark contrast to the many medal-winning campaigns bringing attention to social injustice, poverty and health issues. If we take a look at the most coveted prizes, the Grands Prix — 15 Grands Prix were awarded, with more than 10 given to campaigns with a positive influence (although to be fair, one should remove “Grand Prix for Good” and “Glass Lion” that in themselves only reward “positive campaigns” bringing the number of Grands Prix to 8, but it’s still more than half). Across most categories, the Gold Lions were repeating this pattern with a prominent number of awards given to campaigns with a positive influence.

But if we take a closer look at the winning entries, they all have a social slant — from marriage equality (Burger King’s “Proud Whopper,” Honeymaid’s “This is Wholesome”) to women’s rights (Vodafone’s “Red Light Application,” Always’ “Like a Girl”), to improving health or providing safety (“The Lucky Iron Fish Project,” Optus’ “Clever Buoy”). While social issues are important, Cannes missed a big opportunity to do its part for the climate and our loving home; while we’re saving people from cancer or malnutrition, we’re sawing off the branch we’re sitting on. Our livelihood is dependent on natural ecosystems, on animals and plants, on fresh air and clean water. Or like the oceanographer Sylvia Earle, whom you might know from the documentary Mission Blue, says, “We must protect the ocean as if our lives depend upon it — because they do." Shouldn’t the industry so obsessed with celebrating its own genius be able to take on the biggest challenge of our time: to involve people in a planet in crisis! Why didn’t we see those solutions at the festival? Yes, women’s rights deserve accolades and a prize category, but what about celebrating those who save the whole population rather than half?

Unilever and other big companies are screaming for answers to solve the conundrum of growth in a world of finite resources. According to a UN Global Compact CEO Study on Sustainability from 2013 covering more than 1,000 top executives from 27 industries across 103 countries: 76 percent believe that embedding sustainability into core business will drive revenue growth and new opportunities. Shouldn’t the ad industry respond, if not for the sake of people or planet, then at least for the sake of business?

Heartfelt or just targeting the heart?

Secondly, yes, many of the Goodvertising campaigns (aka advertising doing good) did change perceptions (such as Whisper’s “Touch the Pickle”) or delivered tangible solutions to problems (such as Samsung’s “Safety Truck”), but how connected are these in reality with the DNA of the brand? They quickly come off as inauthentic or as a sluggish attempt to seem good. Next time you see the Samsung truck drive the streets of Buenos Aires, it’ll probably be back to showcasing their newest, biggest screen ever rather than trumpeting safety.

One brand stood out to me for being genuine, though — Volvo. Its “Life Paint” initiative not only offered a tangible way to improve safety for cyclists, but lives up to the company’s steadfast pledge to safety and is a step closer to its bold commitment: “Nobody shall be seriously injured or killed in one of our cars by 2020.”

As an industry we should aspire to building meaningful brands, not just blowing the commercial horn. And sales and purpose should be aligned. To a full auditorium in Cannes, Unilever CMO Keith Weed shared how brands built on purpose delivered half the company’s growth and grew twice as fast. Although he cautioned, “Businesses can’t have one person trying to sell more stuff in one corner, and then someone else trying to save the planet in the other.” I couldn’t agree more.

Here’s a good campaign — give me an award

While creativity is what pushes our industry forward, I’ll argue it’s also what leaves us stagnating if not applied properly. Today, any serious creative should think about impact — not just awareness. How can my idea impact the most people and make the biggest difference rather than just being a creative push-up to impress creative directors, industry peers and win an award? How can an idea truly make a (lasting) difference? I’ll pass on the baton to next year’s Cannes winners and hope there will be more green to be seen than just the palms stretched along La Croisette. 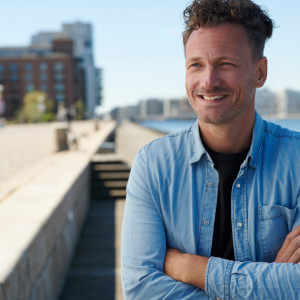