Organizational Change
Rethinking the Role of the Sustainability Executive

Deb Gallagher
Published 7 years ago. About a 3 minute read.

For too long, sustainability executives have been focused on external stakeholders — selling their company’s story in order to build reputation and fill polished social responsibility reports.

“Insurgents accomplish their goals by identifying like-minded allies in key functional positions and persuading them that it is in their own interest to take action by demonstrating the value in sustainability,” says Unruh.

The key ingredient is “social intelligence.” Social intelligence involves the embedding of social and environmental responsibility into every level of decision-making. And it can be a valuable corporate asset. For example, “knowledge of the Millennial Generation’s greater expectations about social responsibility can be key in attracting, motivating and retaining the next generation of employees. Understanding activist and shareholder demands for transparency in political contributions can avoid damaging revelations about your company’s lobbying policies.”

But the most important practice of social intelligence is when it is used for everyday business decision-making. Insurgent sustainability managers recognize this, and focus their efforts on making sure that line managers know the personal and business value of applying social intelligence to decision processes. “Implementation often follows quickly after the value is understood,” says Unruh.

The Israeli bank Hapoalim, for example, had generally followed the industry norms by encouraging customers to buy the highest value home possible, in order to maximize the size of the mortgage loan. However, when employees and managers incorporated into their thinking the effect of defaults and bankruptcy on the community, should market conditions shift, they changed their approach. Instead of emphasizing jumbo loans, Bank Hapoalim worked to educate its customers with financial advice, to help them choose the financial product that worked best for their situation. “The end result was financially savvy and loyal customers that offered Hapoalim more and better business on an ongoing basis.”

“Hapoalim’s insight came through relating with the community and paying attention to the impacts of the company’s decisions on customers and society,” says Unruh. “In essence, they leveraged the social intelligence of their managers to improve company performance. This application of social intelligence is the goal of insurgent sustainability directors.”

Up until now, most managers have used “commercial intelligence” in business decision-making, but they’ve left behind their social intelligence when they pass through the office doorway. The new emphasis for the insurgent sustainability director is to help functional units and their leaders understand the value of incorporating sustainability and social considerations into the initiatives they take and the processes they create. This fundamental rethink of the role of sustainability executives will fuel the insurgency that Unruh predicts.

ORGANIZATIONAL CHANGE
When Purpose Becomes Personal: The Role of the Individual in Organisational Purpose 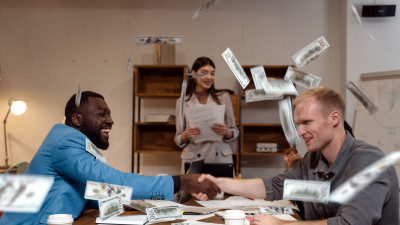 WALKING THE TALK
Target Unveils Plan to Co-Create an Equitable, Sustainable Future for All