Due to the urgency of solving our most formidable climate- and health-related challenges, we regard decision-makers’ behavior vis-à-vis cellular agriculture — and cultivated food products, in particular — to be of some consequence when considering what lies in store for 2023.

Predicting industry trends ahead of a new year can be a fool’s errand; but business behavior — just like human behavior — is easier to forecast when the stakes are high. Due to the urgency of solving some of humanity’s most formidable climate- and health-related challenges, we regard decision-makers’ behavior vis-à-vis cellular agriculture — and cultivated food products, in particular — to be of some consequence when considering what lies in store for 2023.

Only the next twelve months will tell for sure; but here’s our best guess on the policy, business and industry fronts:

When it comes to fighting climate change, the debate over whether leaders will change ‘business as usual’ is seemingly endless and marked by obscurity. But when it comes to food security, governments have historically been quicker to action. Perhaps this stems from hunger being an ancient challenge — its avoidance has become ingrained as a fundamental expectation of national and local leaders. Whatever the reason, our current food system’s lack of sustainability and reliability could very well be the spur that leads to meaningful government action on what is also the climate front.

Food supply chains that are deeply associated with deforestation, loss of biodiversity and other formidable environmental challenges are also stretched thin trying to feed 8+ billion humans (and counting). From a climate perspective, the crisis is that such food systems — based on resource-intensive conventional agriculture — contribute to a third or more of global greenhouse gas emissions. What will turn heads, however, is a newfound ability of national and local leaders to provide adequate nutrition, empower their communities and spur economic growth at home as they become more aware of cultivated meat’s crucial role in this matter.

In September, the White House announced fresh support for cell-cultured food, and a month later released its Global Food Security Research Strategy — highlighting its commitment to ending hunger and malnutrition; and building medium- to long-term sustainable, resilient food systems. In Southeast Asia, Singapore became the first nation to approve a cultivated-meat food product in 2020; and it is developing its national plan for food security with full knowledge that cellular agriculture is significantly less reliant on natural resources, which the island nation lacks. Increased funding for cellular ag elsewhere — including the United Kingdom, Israel and the Netherlands — demonstrates growing interest at the highest levels in diverse regions.

Policymakers increasingly understand that more resilient food systems can generate $4.5 trillion annually in new economic activity. In 2023, their new and developing plans for action will reflect this understanding.

Business front: M&A will continue and funding may flow; but partnerships will be the most strategic enabler of change

Relative uncertainty across tech and non-tech sectors of the economy has increased the likelihood of mergers and acquisitions (M&As); but in terms of sheer impact, many of these deals achieve only the sum of whatever parts are brought together or unceremoniously consumed.

For cellular ag, as well as numerous other fields with high impact potential for climate-positive systems, partnerships are where companies can best exert their influence. When industry leaders collaborate with cellular-agriculture companies, it enables one solution to spur more; and with the market size for cultivated meat forecasted to reach $25 billion by 2030, more food and meat incumbents will look to partner with cultivated-meat producers in 2023.

The present financial downturn has made it harder for newer companies to achieve nine-figure raises. A consequence of this is that incumbents have a more limited set of companies with which to partner, making it easier for them to decide on specific courses of action. Growth-stage cellular-agriculture companies will leverage this narrowed playing field to employ food companies’ expertise and infrastructure of producers and distributors. This will empower larger brands by providing them with strategic assets to be implemented across their value chains. For growth-stage companies, their positioning in the industry will become better solidified — which will enable them to more easily retain autonomy and independently manage their own growth strategies.

Industry front: Food will continue feeding (back into) biotechnology

While many of foodtech’s core principles owe their existence to biotechnology, the former has itself prompted a steady stream of innovation — much of which applies to branches of biotech.

Food items — the essence and practical entirety of soft commodities — are the most reliable source of human demand, making them ripe for scientific advancement. Just as cultivated-meat companies are partnering with major food companies, in 2023 they will forge deeper collaboration with prominent players across biotech.

Cultivated-meat companies will work to reduce their own production costs and heighten scalability. Meanwhile, advances by them and others in meta-analytics, tissue engineering, computational design and other sub-fields will allow more facets of cellular agriculture to become translatable to biotechnology and the betterment of human health. 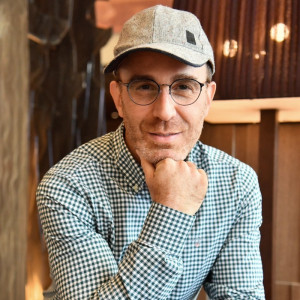 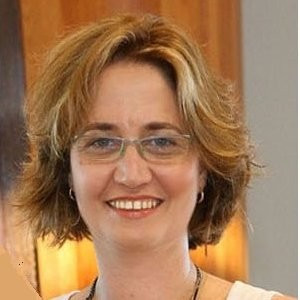