Anna Lui
Published 8 years ago. About a 4 minute read.

It takes a village to raise an entrepreneur. So, what happens in a city whose population shrank by more than half in the last 50 years? For many can-do entrepreneurs, the deserted city is now a clean canvas where they are free to experiment. At the same time, a number of business incubators in Detroit are stepping in, offering budding entrepreneurs training, shared office space and other resources to pursue their dreams. And for many of these incubators, the triple bottom line is an integral part of their identity and Detroit’s revival.

TechTown Detroit is perhaps the oldest and most established of these incubators. As its website boasts, “We were startups before startups were cool.” TechTown started in 1999 when Wayne State University president Irvin D. Reid negotiated partnership agreements with General Motors and Henry Ford Health System to sponsor a business accelerator for technology businesses, especially university spin-outs. Today, it also supports retail and wholesale enterprises for a more holistic approach to economic development.

In 2004, TechTown opened its doors to a renovated facility, which featured the addition of the co-working space Junction 440 and a kitchen where aspiring food entrepreneurs can serve their dishes and test their market.

Speaking of food entrepreneurs, a group of them have come together via an organization called FoodLab Detroit, to share resources, experiences, and ideas in hopes of making new models of business more sustainable and just. The mission: to create a diverse ecosystem of triple-bottom-line food businesses as part of a good food movement that is accountable to all Detroiters. Fair wages and democratic workplaces are on the agenda of many of the businesses. Members participate by going through a startup training program and supporting each other as they learn and grow.

Join us for a panel on the revitalization of Detroit at Sustainable Brands 2014 San Diego.Hatch Detroit was built on an idea called “Crowd Entrepreneurship,” where average citizens have a role in voting for the type of retail they want in their community, and determining the winner of the annual Hatch Detroit Contest (such as 2013 winner, Batch Brewing Company). Now in its third year, Hatch Detroit has expanded its retail role into six local neighborhoods as part of the Detroit Lions’ Living for the City Initiative. Hatch will be partnering with local Community Development Corporations (CDCs) to determine an area of focus that works within the community’s master plan for its retail strip.

In 2008, Tom and Peggy Brennan purchased a historic building in Midtown Detroit that once served as a showroom for Ford Model Ts. With the help of a community of over 200 individuals, they renovated the former showroom into a net-zero energy building, and the Green Garage opened in the fall of 2011. Green Garage’s principal business focus is the development and nurturing of its triple-bottom-line businesses-in-residence (including Food Lab Detroit).

The New Economy Initiative, a special project of the Community Foundation for Southeast Michigan, launched in 2008 with $100 million in grants from foundations. This year it received more than $33 million in new funding to continue operations, making it the largest economic development initiative of its kind working to build a network of support for local entrepreneurs and small businesses. The Initiative’s goals include 1,000 new or renewed enterprises, 20,000 new jobs, and $1 billion invested into the entrepreneurial ecosystem, all with a long-term goal of building a dense, vibrant and connected Urban Innovation District in Detroit that attracts diverse resources and talent. 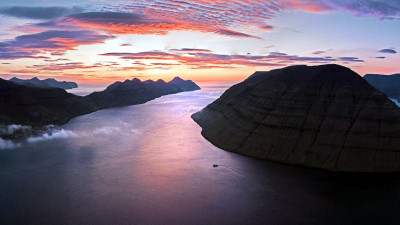