Mary Sue Papale
Published 3 years ago. About a 4 minute read.

I have been an executive for large fashion companies most of my career. I held senior management positions in buying and production in Footwear and Accessories for multi-chain retailers. It was not clear to me at the time, but truth be told, I played a part in the explosion of fast fashion and mass consumerism, as we know it today.

All of the jobs I had were fueled by America’s desire for fashion. I started my career on the manufacturing side in the early ‘80s, when most U.S. companies had discovered the lure of cheap labor in China; overseas apparel and shoe manufacturing was booming. This was the beginning of mass consumerism and fast fashion, which would roar on for decades. My job was to get product made on time and at the highest possible margin. This entailed cutting corners where we thought we could get away with it, while still delivering the highest overall quality and best-fitting products possible.

Later in my career, I moved into buying and merchandising. I brought to market the latest runway trends and the must-haves, seen on the hottest street-style influencers. Across the U.S., young women were heading to malls in record numbers on the hunt for the freshest new designs to define their personal style. I was a cog in the wheel that made this happen.

As I matured in my career, I started putting the pieces together and saw this catastrophe unfolding. Inventories were increasing, and we were always trying to get customers to buy more and more. At the same time, more stores were opening. It did not take a rocket scientist to see this formula was not going to play out over the long term.

One of my most painful stories to recollect is an egregious environmental violation I witnessed on one of my first sourcing trips to China. We were in Guangzhou, the major sprawling port city northwest of Hong Kong, visiting a tannery. After our stamp of approval, the skins would be sent to a local shoe factory for production. When we arrived, the tannery owner took us on a tour. He led us to the back of the building with a large window, through which I saw a small pond. Something immediately felt wrong. I noticed the pond was purple. This guy had absolutely no health or safety procedures to protect the workers, the environment or the community, as he was dumping dangerous chemical waste into a pond behind the building. The factory owner and our agent gazed at the purple pond and laughed. The owner chuckled and said that tomorrow it would be pink. I did not say a word; inside I was horrified. I was not comfortable enough in my position at that young age to take a stand. But I never forgot it.

I later came to learn that this was not the only colorful pond, lake or waterway in southern China. A blatant disregard for the environment was going strong. I would like to think that these types of practices don’t exist anymore, but I can’t say for sure.

In 2011, I finally sidestepped the craziness of large, multichain retailers and founded Ashbury Skies — a highly curated website for small, independent shoe designers, with most of our items cut to order. Then recently, out of frustration that there were so few shoe brands that were attempting ethical fashion, I decided to create my own. I leveraged my industry knowledge and tapped into my network built up over decades to develop a shoe that is not in conflict with the health of the people making them and has significantly less environmental impact. I believe that eco fashion can be more than just an ideal.

The story I hope to write in this last decade of my career is one about creating products that are kinder and gentler on the planet. I encourage women and men to choose higher-quality, responsibly sourced products that are well made and last longer. And I ask other like-minded people to join me in a revolution of rethinking fast fashion. 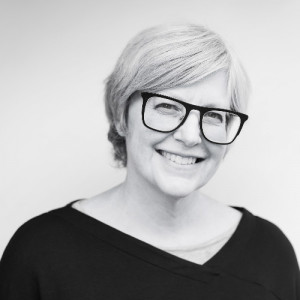