Singapore-based Karana and Montreal-based Opalia both have the potential to lead the growing markets for lower-impact, cruelty-free food options.

The alternative food space — whether plant-based, animal-byproduct-based or otherwise — seems to be growing by the day, with new players pushing the boundaries in the hopes of getting ahead of the next consumable trend, while making use of existing resources. 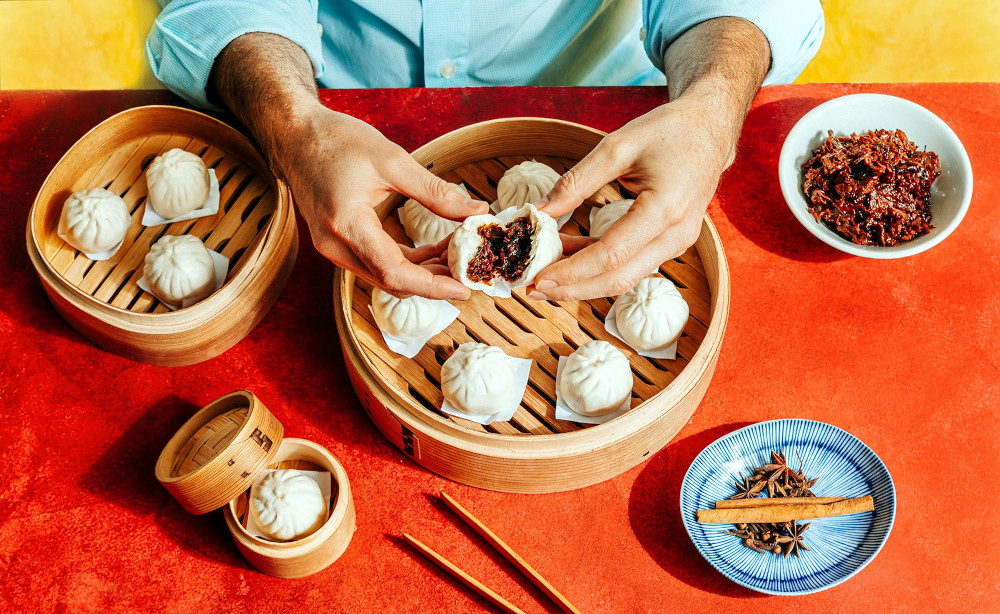 Take Singapore-based Karana, for example. The company started in 2018 with a mission of transforming jackfruit (already a favorite among plant-based eaters) into a turnkey product for restaurants and other foodservice outlets — to create a market for this largely overlooked or wasted plant.

He notes that 60-70 percent of jackfruit traditionally goes to waste, as it’s long been considered less of a profitable crop compared to more popular fruits and vegetables in commodity agriculture. Additionally, jackfruit doesn’t require much irrigation and is generally resistant to pests, along with having a naturally higher protein content compared to other fruits. Karana is sourcing most of its jackfruit from Sri Lanka, where it is one of the country’s dominant crops.

Karana takes raw jackfruit and turns it into a meat-like product that has a seemingly unlimited range of applications — from pizza topping to dumpling filler — and is already in more than 50 restaurants across Hong Kong and Singapore. While its higher protein content isn’t quite enough to put jackfruit in the alternative protein category, its versatility is sure to delight flexitarian chefs and diners.

The company launched in the US last week, in a handful of San Francisco restaurants (along with a second office in San Mateo); and Riegler says they have plans to expand to Los Angeles later this year.

“Starting on the west coast made sense as (these markets) are amazing food and cultural markets and align with our company,” he says.

He adds that Karana’s jackfruit offering is a “blank product” that can deliver a great culinary experience, whether in its “raw” state for use in kitchens or as a prepared product — such as the gyoza that they’ll launch in Singapore soon. Meanwhile, the company is also experimenting with other plants to see where else it can replicate meat-type consistencies in an effort to broaden its overall scope. 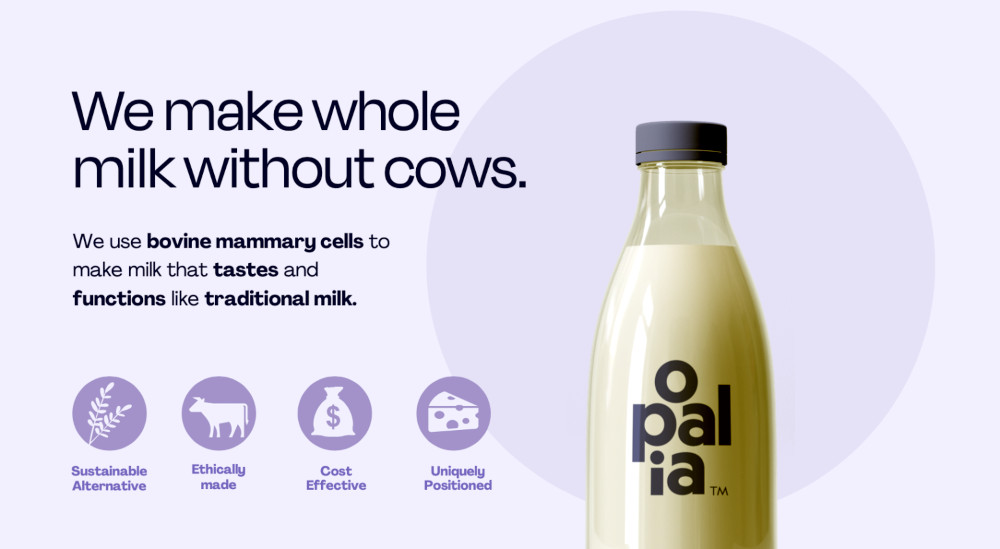 Meanwhile, Opalia CEO & co-founder Jennifer Côté does a great job of explaining her company’s offering, which feels a bit like science fiction.

“We’re making milk using cells from inside the cow’s udder,” she told SB. “It’s milk without the cow.”

While it’s not as simple as that, the Montréal-based company is experimenting with growing and feeding those cells in a bioreactor, where it can control Ph levels and temperature. The company feeds the cells with amino acids, vitamins and sugars; and uses the same hormone (prolactin) that’s naturally in cow’s milk to create a product with the same fats and oils as the traditional product.

The result is technically “animal-free” dairy, made kinder and lower-impact through technology — and adds Opalia to the growing list of innovators including Aleph Farms and Perfect Day that are working to remove cows from our diets without removing the foods we love. According to Côté, early tests show Opalia’s product can be used in a range of applications in the same way as traditional cow’s milk. Early content analysis shows the product has all of the same functional components as milk — casein protein, whey protein, fats, sugars, etc — without any of the cruelty associated with conventional milk production.

As Côté recently told FoodNavigator-USA: “The reason we got into this business is for the whole sustainability and animal welfare aspect. This is what is driving us forward and pushing us to be aggressive on reducing our production costs early to target these lower margin products that are part of a bigger market.”

Opalia recently announced it had successfully eliminated fetal bovine serum (FBS) — a commonly used component of synthetic cell growth extracted from the placenta of pregnant cows — from its manufacturing process.

“By successfully replacing FBS with a cheaper, non-animal growth substrate that performs even better than FBS in our cell culture, we have reduced the cost and risk of manufacturing cell-based milk — bringing Opalia one step closer to introducing consumers to no–compromises, animal-free dairy,” Côté told Food in Canada.

Côté explained to Food Navigator that, once the cells are grown to the desired numbers, Opalia removes the FBS alternative and adds in the components that induce lactation. Those components are a key part of their IP, as they allow increased lactation and cost reduction — a key factor for scalability.

Opalia’s work is fairly nascent, with the eventual goal of using this animal-free milk for ice cream or other dairy product production, rather than as a standalone product. Côté sees this as the fastest way to market and scale, especially with a projected 5- to 7-year timeline to develop the technology and product to the point that it can be competitive in those spaces.

Opalia has also started measuring the potential environmental impact of its product, although

Côté says it’s too soon to share any meaningful findings. However, it is worth noting that the company only needed a couple of utter cells to get the initial product going and now can replicate the product in perpetuity using the original sample collection. It signals a potentially huge win when it comes to the physical resource requirement to scale up.

“These cells have a high yield. They can duplicate forever,” she says.