Exploding with colors, textures and lifeforms, coral reefs provide a spectacular, living window into an underwater world. Alongside this, they play a vital role in sustaining our planet: Despite covering less than 1 percent of the ocean floor, they provide critical ecosystems to more than 25 percent of marine life, provide millions of jobs globally, protect coastlines from storms and erosion, and offer a vital food source for local populations.

All of this makes their ongoing degradation and disappearance all the more alarming: Climate change, overfishing, various types of pollution, and rising sea temperatures and acidification have killed 14 percent of the world’s coral in the last decade; and 90 percent are projected to disappear by 2050 without drastic action.

With the 2020s designated the “Decade on Ecosystem Restoration” by the UN, efforts are underway across the world to rehabilitate the many critical sources of our planet’s biodiversity — and coral reefs have inspired action on a variety of fronts. Recent efforts include a public-awareness campaign from Adobe and Pantone, companies such as CVS Health eliminating coral-damaging chemicals from sunscreens; and Ørsted’s ReCoral project — a world-first attempt to implement a non-invasive approach for collecting surplus indigenous coral spawn as it washes ashore, for growing healthy coral colonies on the foundations of nearby offshore wind turbines.

Joining the fray is a Hong-Kong based company called Archireef — one of a growing group of startup innovators that are applying biomimetic approaches to solving a host of critical sustainability and climate-related issues.

“I have always been an active diver and have felt very connected with nature. So, when I started to see patches of coral disappearing in as little as two months, I started thinking, what can I do?” Archireef CEO and co-founder Vriko Yu told Sustainable Brands®. “I’m a science student, so I've always known coral disappears; but I didn't expect it to happen that fast. Since then, I have been finding ways to accelerate coral reef recovery.”

Archireef was founded in 2016 by Yu, a marine biologist and entrepreneur; and David Baker, a marine ecologist and Associate Professor of Ecology and Biodiversity at the University of Hong Kong. Together with their team of marine biologists, computer scientists and designers, they have discovered a groundbreaking way to accelerate marine ecosystem restoration by creating a hospitable environment for coral to grow using 3D-printed terracotta tiles — which Yu says are four times more effective at keeping corals alive than traditional restoration methods.

“We like to put it as an analogy — that we are tiling the sea floor for coral, building the infrastructure for them,” she explains. “Corals are the best architects by themselves; so, we put down the initial building blocks and provide a foundation for them to reclaim the areas where they used to exist.”

The tiles are designed to mimic the naturally occurring shape of platygyra (brain coral). The brain design helps to prevent a primary stressor for corals — sedimentation, which can smother corals, interfering with their ability to feed, grow and reproduce. The tiles are designed to capture sedimentation in their crevices and benefit from the movement of underwater currents.

“The microturbulence that is generated from increased wave movement actually promotes self-cleaning of the reef tiles, removing the dirt that might accumulate on the top,” Yu explains.

The brain coral design is highly attractive to marine life, which can use its twisted valleys and crevices to hide from predators. The design can be adjusted and adapted using the 3D printer to suit a variety of different environments.

Terracotta was chosen because it is environmentally friendly and slightly acidic, with a similar chemical makeup to real reefs.

“Other materials, like concrete or metal, have very high pH levels — so are almost corrosive for coral to grow on, or they leach toxic chemicals into the water,” Yu says. “So, choosing terracotta was quite simple; because it is what the coral, our tenants, would like.”

To ensure the tiles do not float away, they are designed to be heavy enough so that they are stable in the water, but light enough so that a single certified diver can deploy them onto the sea floor. The hexagonal shape also allows them to connect together — further contributing to their stability, dynamicity, and scalability. To protect the coral from UV damage and heat waves, Archireef has found that by assisted migration and deploying the tiles in deeper water, the coral is less susceptible to the effects, such as bleaching, and grows better.

“Our first experiment with the tiles was in Hong Kong; and since deployment, we have not seen any bleaching. In fact, there was a regional-scale bleaching event this summer; but our tiles were fine, because they are in deeper water,” Yu explains.

Their first research project was launched in 2016 in Hong Kong’s Hoi Ha Wan Marine Park in partnership with the Agriculture, Fisheries and Conservation Department. Finalized in 2020, 128 pieces of reef tiles are now placed on the seabed — covering 40 square meters. Three restoration sites were selected inside the park — including Coral Beach, Moon Island and a sheltered bay near the WWF Marine Life Education Center.

After the tiles are deployed, Archireef manages the site for up to five years — monitoring the reef's growth and biodiversity, measuring and quantifying the impacts. Its next project is set to start later this year in the UAE, where they will deploy a 20-square-meter reef in Abu Dhabi. Archireef hopes to engage with more clients across a variety of industries to promote coral restoration globally. 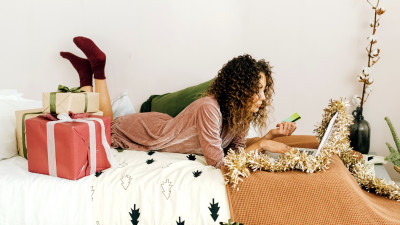