Companies and industries are being forced to innovate to ensure success in a climate-changed future. One win-win partnership epitomizes the ingenuity of a legendary, highly particular sake brewery and a city government seeking to leverage local characteristics to revitalize the region.

November 2020 witnessed the birth of a rare public/private sake brewery in the Japanese town of Higashikawa, Hokkaido. The brewery represents a new era of sake-making, in which manufacturers have to anticipate environmental changes and future industrial structures. It also epitomizes the combined ideas and aspirations of a long-established, highly particular sake brewery and a local government seeking to leverage local characteristics to revitalize the region.

Higashikawa enjoys a rich natural environment with snowmelt cascading down from the peaks of the nearby Daisetsuzan mountain. Agriculture is the area’s main industry, thanks to its delicious natural water and fertile land. The region’s Higashikawa Rice brand is especially well known.

With both delicious water and delicious rice at your disposal, creating a local sake as the next special product is a natural conclusion. However, Higashikawa lacked sake-brewing expertise, so it created a new public-private model in which the town prepared the hardware — land and equipment — and then recruited interested private breweries to provide the software: the sake-brewing operation.

Michizakura Shuzou — a historic sake brewery in Nakatsugawa City, Gifu, dating back to 1877 — responded to the open recruitment offering.

Adapting to climate change to ensure the brewery’s future

So, why would a long-established sake brewery from Gifu prefecture moves over 1,550km away to Hokkaido to brew sake? The underlying, unavoidable reason behind this huge decision was global warming.

In recent years, climate change has been threatening traditional food and drink production around the world. Take wine in Europe, for example: The easy ripening of the grapes in the Bordeaux region of France has started to change the taste and bouquet of local wines. In the Champagne region, the grapes are harvested roughly two weeks earlier than in the past.

“With sake, the temperature during preparation and fermentation is an issue,” explains Koji Yamada, sixth-generation owner of the Michizakura Shuzou brewery. “During warm winters, the temperature doesn’t drop sufficiently, so we cannot maintain stable quality without using cooling systems. We considered the move to Hokkaido, which is much colder than Gifu, because the storehouses we have been using since our foundation were deteriorating with age.”

Japanese sake is prepared and fermented in winter. Severe cold weather suppresses the growth of bacteria and enables the sake to ferment slowly at low temperatures. Some major sake breweries use cooling machinery and equipment to facilitate year-round sake-making, but very few companies have the necessary capital. For the majority of small to medium-sized brewers, such large-scale capital investment is difficult, so global warming is becoming a major challenge for the whole Japanese sake market. 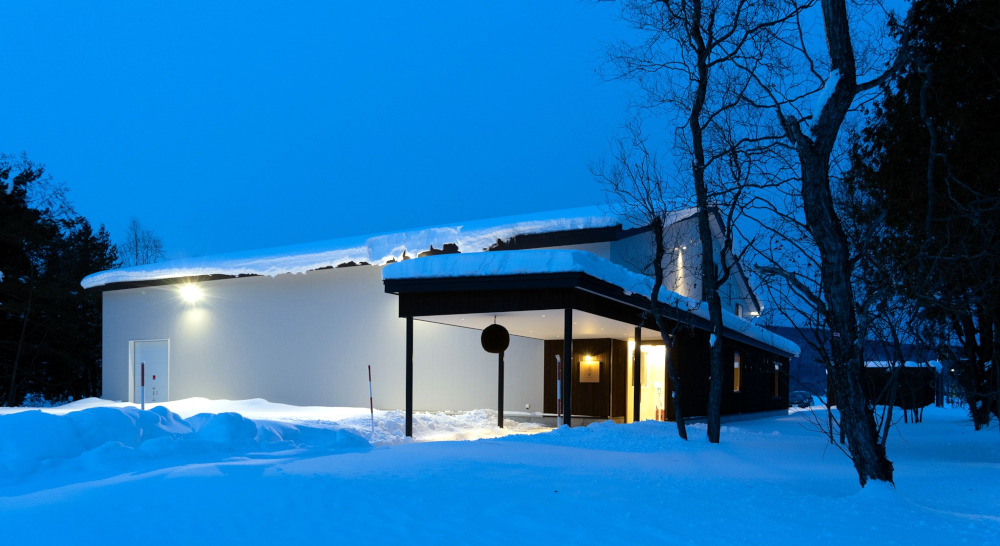 However, while environmental changes pose a threat to traditional industries, they can also harbor new opportunities. Returning to the example of European wine, while the Bordeaux and Champagne regions are experiencing a rising sense of impending crisis, areas such as Norway and Finland — which were previously too cold for winemaking — are starting to attract attention as new potential wine-producing areas.

The agricultural cooperative in Higashikawa began cultivating two brands of sake rice, Suisei (comet) and Kitashizuku (northern droplets), to coincide with the relocation of the Michizakura brewery. It was the first time for Michizakura to use Suisei rice. The water was very different, too — moving from the ultra-soft Nakatsugawa water with a hardness rating of just 8 to Higashikawa’s hard water, rated 60-80. Mr. Yamada and the other brewers worked hard to brew sake worthy of the Michizakura name by changing the formulation and design of its sake preparation.

Brewing sake in Higashikawa is a big challenge for both the town and the Michizakura brewery; but the project represents a great opportunity to realize both Higashikawa’s desire to make new specialty products and Michizakura’s determination, handed down through generations, to serve as a brewery for another 100 years.

Since the relocation, the brewing of sake using Higashikawa water and rice has been proceeding smoothly at Michizakura. Local sake sold at roadside stations and stores in the town sells out instantly. You could say that local Higashikawa sake brewing has gotten off to a great start, but Mr. Yamada says he needs one more thing to be able to make local Higashikawa sake in the true sense of the word.

“Ultimately, I want the people of Higashikawa to learn to make the sake and run the brewery. We hired some local people when we got here, but we are keen to welcome others who want to experience sake brewing,” he says. “There are many international students in Higashikawa; so, we offer educational programs not just for Japanese people but for other nationalities, as well. Some people take well to sake-brewing and others don’t. Some parts require specific talent. I hope many people will give it a try and that some people will demonstrate true enthusiasm and talent for sake-making.”

Combining the water, rice and people of Higashikawa with the skill and expertise of Michizakura to make local Higashikawa sake — that challenge has only just begun.