Walking the Talk
New Tool Helps Companies Determine If, How to Engage on Divisive Issues

Sustainable Brands
Published 2 years ago. About a 3 minute read.

In the past year, we’ve seen more and more bold and potentially risky moves from brands, taking stands on pertinent societal and environmental issues: Airbnb, Google and other tech giants against the US’ immigration ban; Target supporting individuals’ right to use bathrooms corresponding to their gender identity; Heineken’s and other brands’ vocal support of LGBT rights; Dick’s Sporting Goods and a host of other brands against the NRA after the Parkland school shooting; Patagonia calling out the current administration for exploitation of public lands; and most recently, Nike rallying behind embattled NFL star Colin Kaepernick with its latest campaign.

Yet many companies are still struggling with if and how to use their voice, scale and reach to engage — and risk alienating — the public on issues.

“We believe it is important that companies lean in and take a stance on these issues but do so in a way that aligns with their purpose, core values, business and their stakeholders,” says Brad MacAfee, global CEO and senior partner at Porter Novelli. “PN STANCE takes the emotion and personal passions out of the equation. It gives companies confidence that they have taken a strategic, thoughtful approach to addressing pressing societal issues quickly and effectively.”

PN STANCE is a four-step process that includes a working session with experts from Porter Novelli’s Purpose Practice, as well as a proprietary, real-time diagnostic tool. The tool guides organizations through a series of questions around three categories: Business Impact, Stakeholder Impact and Connection to Business. After the process, organizations will receive a score that directs them on the level of action they should take regarding an issue. Since many of these issues are timely and often arise after an event, announcement or tragedy, the offering can be fully implemented in a 48-hour period, if needed, to respond in the moment.

“Over the last year, we have seen many companies take risks around public-facing, often divisive issues with varying degrees of success or failure,” says Alison DaSilva, EVP of CSR and Purpose at Cone Communications, which merged with PN in 2017. “We developed PN STANCE to help companies navigate this space and be able to create a plan of action that is authentic to their business.”

Organizations interested in learning more about PN STANCE are invited to join a complimentary webinar, “When Staying Silent Isn’t an Option: If, When and How to Take a STANCE on Divisive Issues” on Tuesday, October 23. 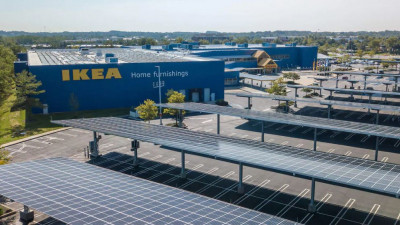 WALKING THE TALK
What Will Be Your Organization’s Authentic Purpose in 2021?