Published 1 year ago. About a 4 minute read.
Image: Dan Fador/Pixabay

PepsiCo plans to more than double its science-based climate goal, aiming to achieve net-zero emissions by 2040; and expands efforts to create resilient supply chains in Latin America and the Caribbean, with a focus on female farmers.

Today, PepsiCo announced plans to reduce absolute greenhouse gas (GHG emissions) across its direct operations (Scope 1 and 2) by 75 percent; and its indirect value chain (Scope 3) by 40 percent by 2030 (2015 baseline) — a decade earlier than called for in the Paris Agreement. The company says it expects this will save over 26 million metric tons of GHG emissions, or the equivalent of taking more than five million cars off the road for a full year.

"Our climate ambition is at the very heart of accelerating our global sustainability progress, and we are using our scale and reach to build a more sustainable and regenerative global food system. It's long overdue that companies move beyond just minimizing their environmental impact, they must actively work to improve and regenerate the planet."

PepsiCo's sustainability strategy — informed by science-based measures and cost-benefit analysis, focuses on the areas where it can have the most impact — while creating scalable models and partnerships for accelerated progress across the full value chain. The company's emissions target aligns to the Business Ambition for 1.5°C pledge, and has been approved by the Science Based Targets initiative as the most ambitious designation available through their process.

"We congratulate PepsiCo on setting an emissions reduction target consistent with limiting warming to 1.5°C, the most ambitious goal of the Paris Agreement," said Nate Aden, Senior Associate at World Resources Institute, one of the Science Based Targets initiative partners. "Companies have a vital role to play in driving down global emissions, and it is encouraging to see major players, such as PepsiCo, taking ambitious action."

PepsiCo's action plan is centered around both mitigation, reducing GHG emissions to decarbonize its operations and supply chain; and resilience, reducing vulnerabilities to the impacts of climate change by continuing to incorporate climate risk into business continuity plans. With operations in more than 200 countries and territories around the world and approximately 260,000 employees, the company's emissions reduction plan will be comprehensive across priority areas such as agriculture, packaging, distribution and operations. 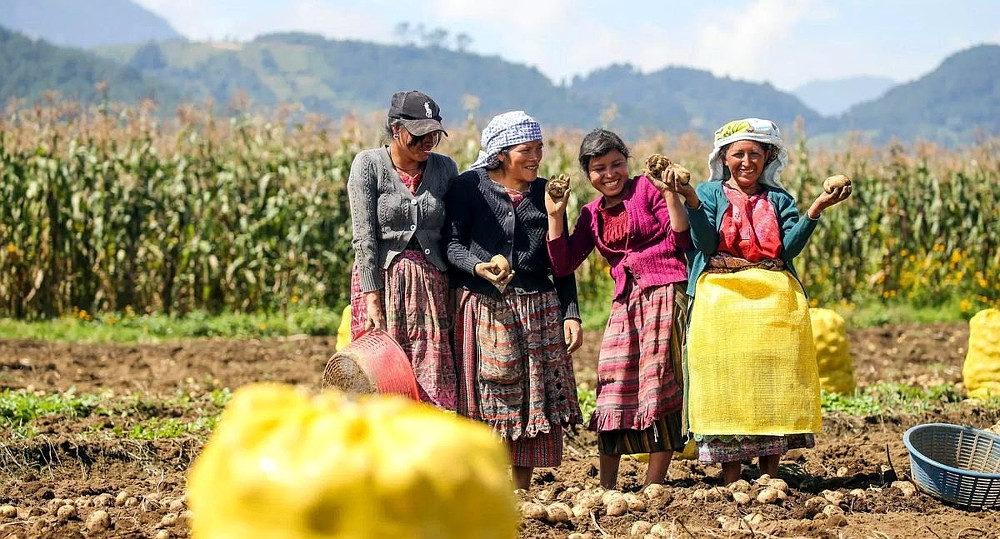 Meanwhile, PepsiCo also announced this week an expanded effort to foster social and economic growth in Latin America and the Caribbean. The company has extended its partnership with the PepsiCo Foundation, the Inter-American Development Bank, and its innovation-focused IDB Lab until 2026 to carry out programs that will drive social and economic growth in the regions. The signing of this agreement will complete 19 years of a joint effort.

For this new phase, PepsiCo and its Foundation will invest approximately US$6 million — which will fund projects in the areas of water access, inclusive recycling, sustainable agriculture and economic recovery, with a focus on women’s empowerment — over the next five years.

According to the UN Food and Agriculture Organization, in Latin America and the Caribbean, 4.5 million women are agricultural producers who earn 24 percent less than men and have less access to land ownership. Research shows that if female farmers had the same access to resources as men, they could increase their land yield by 20-30 percent, potentially reducing the number of hungry people in the world by 150 million.

As an agro-industrial company, PepsiCo says it firmly believes that offering better conditions to women in the fields not only increases the productivity of the sector, but also is key to having a more sustainable food system that generates social development — which is why PepsiCo continually invests in programs for women to provide training, technical support and improved credit access. As part of this partnership’s extension, IDB Lab and PepsiCo launched the Next Generation Agriculture Fund, which aims to identify challenges connected to gender issues within PepsiCo’s potato supply chains — initially in the Dominican Republic, Ecuador and Guatemala. The three-year program aims to help improve the resilience and sustainability of the supply chains in these three countries.

“PepsiCo has witnessed how the participation of women in the fields and throughout our value chain is key to achieving a sustainable food system. We believe that including them in the agro sector is fundamental; which will benefit them, their families and their communities. Their employability will be crucial to reactivate the economy and growth of our region. This is how we came up with the Next Generation Agriculture Fund, where PepsiCo and the IDB will be investing US$2 million to research and take action to enhance the role of women as strategic partners in our potato supply chain.”

Read more about the new goals around the partnership, and its impacts to date here.