Waste Not
E-Waste No More:
Fairphone and Framework Show a Better Way Forward for Personal Electronics

Recycling, circular industry partnerships and marketplaces for refurbished devices are growing in popularity, but they won’t be a match for the tech industry’s throwaway approach anytime soon. But some smaller, more intrepid brands are proving the validity and demand for longer-lasting, easy-to-repair electronics.

In our increasingly technological world, we are more dependent on our electronic devices than ever before. Consumers are prepared to spend their latest paychecks on the newest models of phones and laptops — even if the differences and upgrades are minimal. This trend is picking up speed, with the global market for consumer electronics projected to explode from $689.45 billion in 2020 to $989.37 billion in 2027.

While tech companies can’t wait to tell you about their new releases, what they don’t tell you about is the waste that each upgrade generates. E-waste is now a global problem — 53.6 million tonnes of e-waste is produced each year. And with tech giants such as Apple releasing two new iPhones each year and e-waste recycling at a depressing 10 percent, the tidal wave will only continue to grow.

In addition to the egregious waste of microchips (of which there is an ongoing global shortage), rare metals (the UN estimates $10bn worth end up in landfills and waterways each year) and other usable components in each discarded device, the ‘tsunami’ of e-waste also contains highly toxic chemicals such as mercury, lead, beryllium, brominated flame retardants and cadmium — putting the environment and millions of lives at risk when they leach into our soil, air and waterways.

The tech world must be held accountable and planned obsolescence as a model must end. But while electronics recycling, industry partnerships aimed at increasing circular practices, and marketplaces for refurbished devices are growing in popularity around the world, they won’t be a match for the throwaway approach of the broader industry anytime soon. But some smaller, more intrepid brands are proving there’s validity and demand for longer-lasting, easy-to-repair electronics.

The trailblazer, Netherlands-based Fairphone, was born from a disruptive idea — that smartphones could be produced more ethically and sustainably. The certified B Corp evolved from an awareness campaign about conflict minerals into a phone company in 2013, when it released the modular Fairphone 1 — developed with easy repair in mind. Since then, the tiny social enterprise has been chipping away at some of the smartphone industry’s dirtiest bits — and has been slowly and steadily setting a much higher bar for how phones and other electronics are produced: Fairphone achieved the first-ever Fairtrade-certified gold supply chain for consumer electronics, has received top reparability scores from iFixit; and in 2016, the company achieved an industry first: fully transparent sourcing for all four conflict materials (tin, tantalum, tungsten and gold), used in the production of all smartphones. The company is also leading the charge for ethical sourcing of cobalt, through a series of partnerships aimed at improving conditions in high-risk areas such as the DRC. 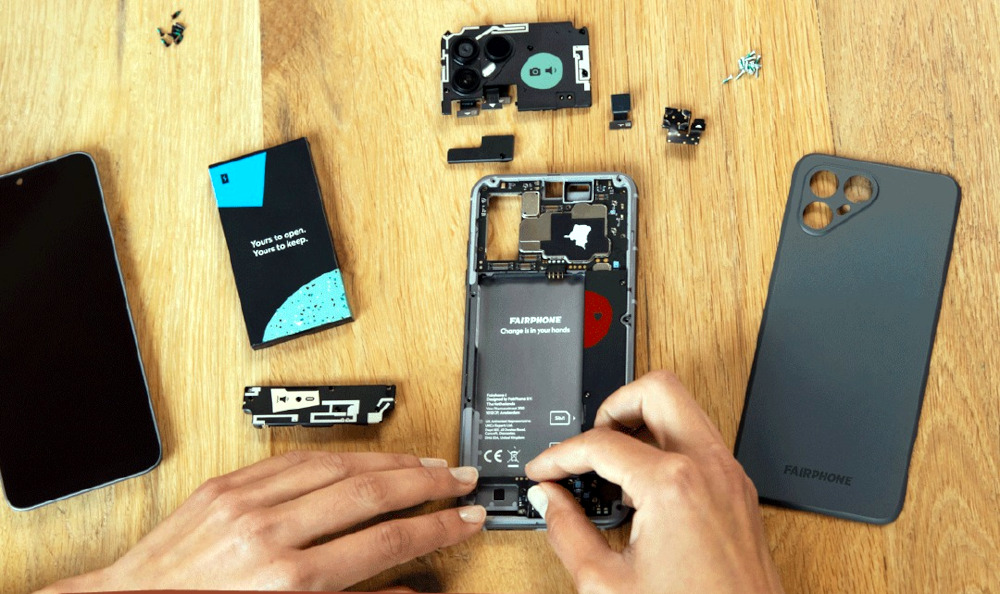 The Fairphone 4, released in 2021, comes with a five-year warranty and an ‘e-waste-neutral’ handset. This means that for every Fairphone 4 sold, the company pledges to recycle or refurbish one phone or an equal amount of small electronic waste.

“Fairphone's modular design aims to make it easy for anyone to open and repair. This allows users to keep their phones for longer, reducing e-waste and the overall carbon footprint associated with the device,” Ioiana Luncheon, PR & Communications Manager at Fairphone, told Sustainable Brands®. “While the modular infrastructure also enables upgrades, our primary focus is longevity. Using modularity just for the sake of fashion or fast-paced technological upgrades could be at the expense of the environment and is therefore not our focus. We designed the Fairphone 4 in a way that will keep it technologically relevant for years to come.”

“The best way to reduce the environmental impact of consumer electronics products is to make them last longer, resulting in fewer being manufactured and eventually entering the waste stream,” Framework CEO Nirav Patel told SB. “With easy upgradeability, consumers can swap just the parts they need to and keep using their current device, rather than needing to replace the entire product.” 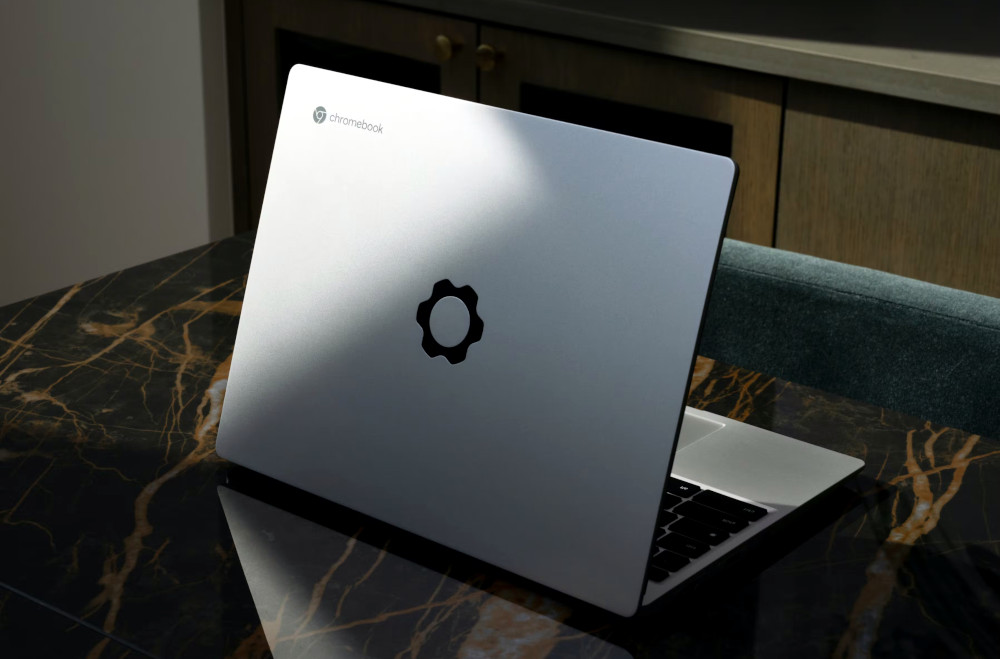 To ensure that it keeps up with industry advancements, Framework has an extensive roadmap of tech upgrades in development. It released the first set of them earlier this year with its 12th Gen Intel Core upgrade, which delivers nearly twice as much performance for multi-core applications within the same chassis; in September, the company released the Framework Laptop Chromebook Edition, in partnership with Google.

“With the Framework Laptop, we've proven that it is possible to build thin, light, high-performance products that are still easy to upgrade and repair,” Patel asserts. “With that proof point, we hope that consumers will put pressure on tech companies and vote with their wallets to buy products that are designed for repairability.”

Designing phones and laptops that can be easily repaired by the average user was critical to both companies’ mission to create a movement behind device longevity.

“We didn't want to limit the benefits of upgradability to people already familiar with repair; so, we kept things simple,” Patel explains. “We included the only tool needed in the box, designing fasteners to be captive where we could (meaning they stay attached to the part they fasten), and putting QR codes and labels everywhere to make it easy to follow our step-by-step guides.”

Overcoming these developmental challenges was a vital step that has allowed both Fairphone and Framework to prove the concept of more ethically and sustainably produced electronics to tech developers, showcase what is possible with repairable electronics and put sustainability into the industry’s narrative. 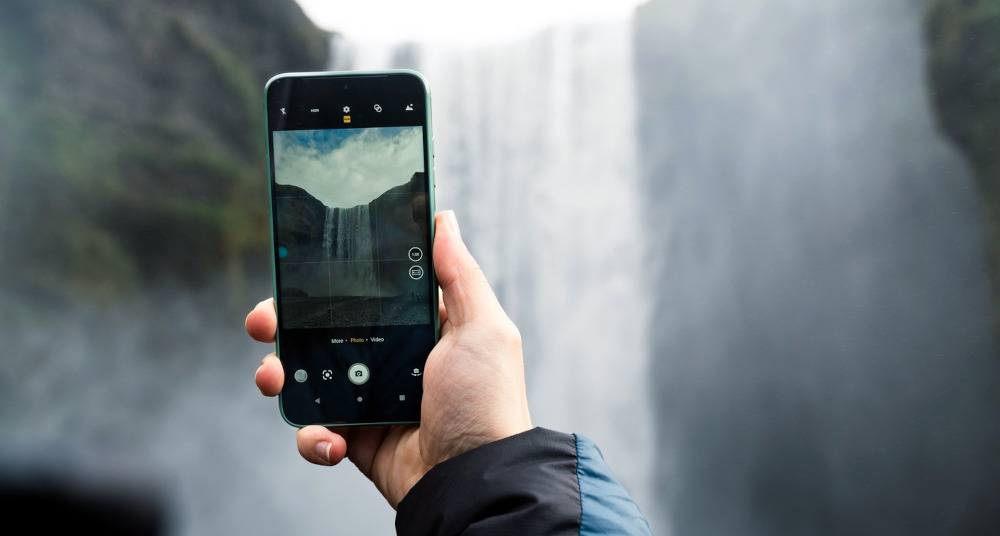 By illustrating the possibilities for better electronics, Fairphone and Framework are spearheading a much-needed shift toward a sustainable, circular consumer electronics industry. Both companies believe in a future built on a foundation of product longevity, fairness and repairability with reduced consumer waste streams — still with limitless growth potential.

“We hope that every product we've shipped is still in active use in some form in five years,” Patel says. “We see the same problems occurring across all consumer electronics — we started with the Framework Laptop; but we'll be taking this product philosophy and mission across consumer electronics, one category at a time.”

“When we started, supply chain sustainability wasn’t a focus in the industry. The conversation has matured — however, there is still a lot of work to do,” Luncheon says. “We are planning on further increasing our presence and strengthening our position in the industry to maximize our positive impact throughout the whole value chain. In the future, we hope to see more industry competition on sustainability and fairness — indicating that other players in the industry are following our lead!”