Hannah Furlong
Published 4 years ago. About a 3 minute read.

“It’s been our mission since 1994 to wean Interface production off non-renewable materials so that we only use recycled or bio-based raw materials—and fully close the loop. To that end, ReEntry has been essential, enabling us to capture the nylon ‘fluff’ that results from separating backing and face fiber that is recycled back into our products,” explained John Wells, Interface President and CEO.

“Now we are turning our attention to increase overall recycling, and to the high quality separation and harvesting of backing from carpet tile that advancements in the technology and process are yielding. Over the past decade, we’ve been keeping an eye out for potential allies who also are dialing up the reclamation specifically of carpet tile, and who are as passionate as we are about closing the loop on materials. Rethink Green aligns well with both our vision and mission.”

The initial alliance with Rethink Green is expected to increase the amount of carpet that is annually recycled for use by Interface by 40 to 50 percent.

ReEntry operations have diverted more than 309 million pounds of carpet from landfills over the past 20 years, while Rethink Green has recycled over 10,000 tons (20 million pounds) of carpet since it was founded in 2011. Rethink Green Founder Carter Hallock projects that the company’s output will be 1,000 tons a month by the end of 2016, thanks in part to newly acquired machinery that can separate backing from carpet tile.

With its strong relationships with general contractors and operations in California and much of the western US – including Arizona, Colorado, Texas and Washington – Rethink Green can help Interface track, collect, and recycle used carpet tile from “thousands of jobsites across the country,” according to Eric Nelson, VP of Strategic Alliances at Interface. Logistics challenges were part of what lead to the company’s decision to pursue a regional partner approach.

“They will help us cast the net far wider to harvest used carpet tiles and diverting them from landfills,” added Nelson.

“Establishing a network of regional ReEntry hubs that can separate the backing has other benefits including minimizing the cost and carbon footprint of transporting the post-consumer materials to Interface’s ReEntry facility in Georgia and incentivizing investments in new technologies and recycling.”

Interface aims to use 100 percent recycled or bio-based inputs by 2020 as part of its long-term ‘Mission Zero’ goal. One of the company’s particularly innovative projects towards that goal is Net-Works, which turns waste fishing nets into carpet fiber, delivering socio-economic benefits in poor coastal communities and diverting waste that can be harmful for marine life.

MARKETING AND COMMS
2 Dope Boys & a Podcast: How to Avoid Brand 'Eff Ups' and Cultural Misalignments

CLEANTECH
Q&A: How Schneider Electric’s NEO Network Is Shaping the Future of Renewables in Europe

WASTE NOT
Report: Existing Technologies Can Stem Flow of Plastic into the Oceans by 80% 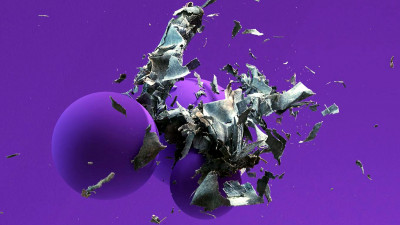