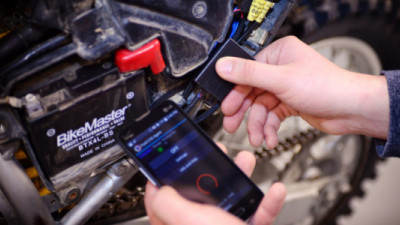 CLEANTECH - The Ford Motor Company is ‘going further’ with its Smart Mobility Plan, which focuses on innovation in connectivity, mobility, autonomous vehicles, the customer experience, and data and analytics. Two recent developments include the use of sensor technology on motorcycles to collect mobility data in Africa, and autonomous vehicle testing on public roads in the US. 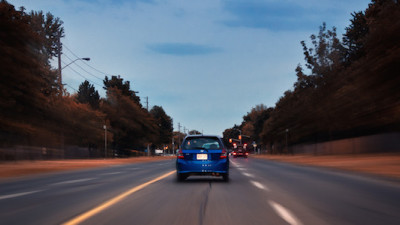 NEW METRICS - Vehicle manufacturers have surpassed the more stringent 2014 standards for greenhouse gas (GHG) emissions for the third consecutive year, while model year 2014 fuel economy remains steady at the highest level ever recorded, according to the U.S. Environmental Protection Agency (EPA).The findings were included in two reports the agency released last week: the annual report on fuel economy trends and a report on the auto industry’s progress toward meeting greenhouse gas (GHG) emissions standards for cars and light trucks. 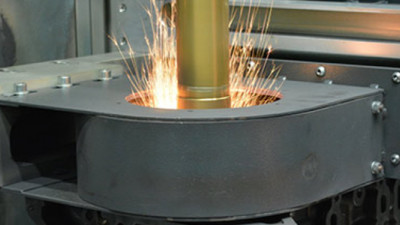 CHEMISTRY, MATERIALS & PACKAGING - Saving engines from the scrapyard and reusing them could deliver a 50 percent reduction in CO2 emissions compared to producing a new engine, according to news from Ford Motor Company. The automaker has announced that its new, patented plasma coating technology unlocks new recycling potential. 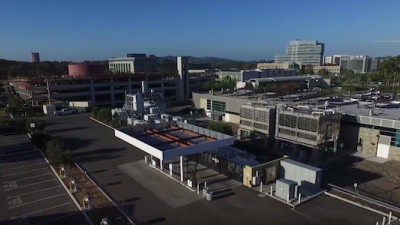 COLLABORATION - EVgo, an electric vehicle (EV) DC fast charging solutions firm, has entered into a Memorandum of Understanding (MOU) with the University of California, San Diego to help support developments in sustainable energy technology, according to a recent announcement. The agreement formalizes an already strong collaboration focusing on the intersection of electric vehicles and energy storage, and EVgo says it is leading two projects at the university. In the first project, EVgo has constructed a site for assessing how owners of EV DC charging sites can leverage solar, battery storage and control systems to mitigate site host demand charges and provide services to the grid. 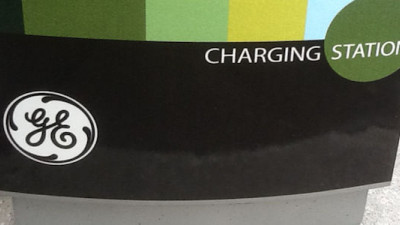 CLEANTECH - A detailed analysis of 10 electric vehicle (EV) fast charging NRG EVgo Freedom Station sites at Whole Foods Market locations in the San Francisco Bay Area shows a 191 percent increase in EV charging over the last year.EV drivers also show a significant preference for DC fast charging, 12 to 1 when comparing the number of charging sessions to the Level 2 charging also available at those locations. In September 2015 alone there were nearly 6,900 DC fast charge sessions at those stations. 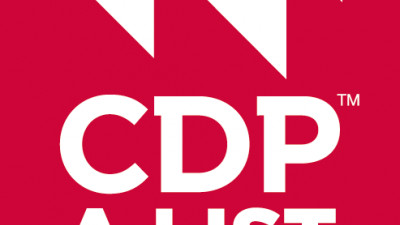 PRESS RELEASE - Ford Motor Company received the top score for its work on global water conservation from CDP, the world’s only environmental disclosure agency. &nbsp;Ford is one of eight corporations to receive CDP’s highest honor for its work on water issues, from among more than 400 global companies considered. The full CDP report will be unveiled today as world leaders gather in Tokyo to discuss global water challenges. 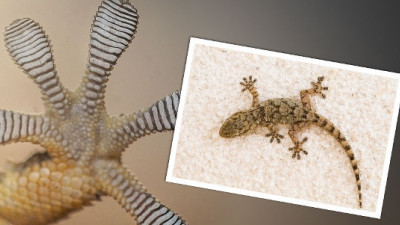 CHEMISTRY, MATERIALS & PACKAGING - Researchers at Ford Motor Company are looking to biomimicry in hopes of improving adhesives and increasing the recyclability of auto parts.Improving the recyclability of auto parts by replacing (or otherwise reducing or eliminating) the glue it uses to adhere foams to plastics and metals could give Ford’s sustainability performance a boost. The adhesives it currently uses make disassembling the parts for recycling nearly impossible. Ford is sharing its research findings in a partnership with Procter &amp; Gamble (P&amp;G) as their teams investigate potential biomimetic business solutions.

VW Scandal a Growing-Up Time for the CSR Movement 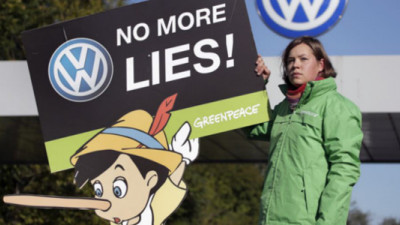 MARKETING AND COMMS - The scandal that erupted recently around Volkswagen’s “diesel” pollution scam is going to reverberate across the corporate world − and so it should. All around the world surveys have shown that a majority of consumers care about whether the companies they buy from are “green” and “good.” Yet those same surveys show that consumers are confused as to whether the companies they buy from really are good and skeptical of company claims in this regard. 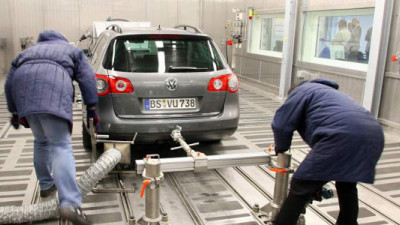 PRODUCT, SERVICE & DESIGN INNOVATION - What started as a sordid tale of Volkswagen rigging half a million cars with “defeat device” software has snowballed into a global scandal as the German automaker later admitted 11 million of its cars were involved in the deception. 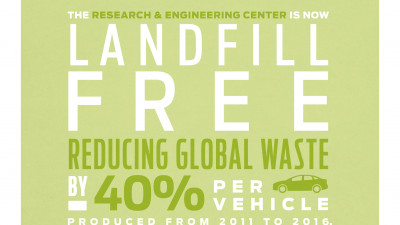 PRESS RELEASE - Ford Motor Company’s Research & Engineering Center is now landfill free, helping the automaker achieve its goal to trim global waste-to-landfill by 40 percent per vehicle produced from 2011 to 2016. The R&E Center sits on 720 acres in Dearborn, Michigan near Ford World Headquarters. With more than 12,000 employees working out of 34 buildings including research labs, design studios, and a major data center, the campus is much like a small city. Paring waste streams will allow Ford to be more efficient while helping to improve the environment.

PRESS RELEASE - BASF is now expanding its expertise in top mounts to enable car manufacturers an optimum combination of weight savings, pleasant acoustics and vibration damping. The unique NVH (noise, vibration, harshness) solution is made possible by combining two of BASF's plastic specialties: the micro-cellular polyurethane elastomer Cellasto® and the highly glass-fiber reinforced polyamide Ultramid® A3WG10 CR. The top mount with the Cellasto® element and the Ultramid® housing is around 25 percent lighter than conventional aluminum die-cast versions with rubber. It was developed and optimized for serial production using BASF's simulation tool Ultrasim®.Combination of polyurethane and polyamide

PRODUCT, SERVICE & DESIGN INNOVATION - Tesla Motors is charging forward with a new partnership with home-sharing startup Airbnb and a record-breaking variant of its Model S, the P85D.The Tesla Model S P85D smashed the Consumer Reports’ rating system, setting a new benchmark for a perfect overall score.At the Consumer Reports test track in East Haddam, Connecticut, the car initially earned a raw 103-point score in the 100-point-based rating system. Consumer Reports made changes to its scoring methodology to account for the car’s exceptionally strong performance, and awarded the Tesla Model S P85D a final score of 100 points. 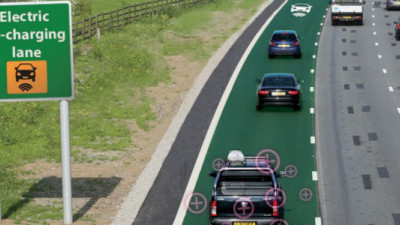 PRESS RELEASE - Novelis, the world leader in aluminum rolling and recycling, today announced the development of the Novelis Advanz™&nbsp;7000-series of high-strength alloys designed for safety-critical components of vehicle structures.&nbsp;Two to three times stronger than any automotive aluminum used in high volumes today, Novelis Advanz 7000-series products can be used to manufacture components such as bumper systems, crash ring components and door intrusion beams. The new alloy series will offer a significant weight reduction when compared to current high strength steels in the marketplace, enabling automakers to further reduce the weight of vehicles while ensuring high levels of passenger safety. 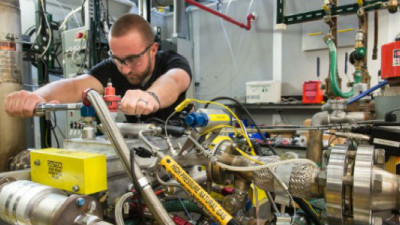 PRODUCT, SERVICE & DESIGN INNOVATION - A new partnership between Ford, automaker FCA US LLC and the Department of Energy’s Argonne National Laboratory could lead to more efficient engines on the road. Announced this week, the research collaboration will explore technical concepts and development of engines that will simultaneously use natural gas and traditional gasoline.“The fact that two major players in the auto industry are partnering with Argonne on this project really shows the promise of this approach,” said project director Thomas Wallner. “The assumption here is that if you blend the fuels properly, you can make substantial gains in efficiency.” 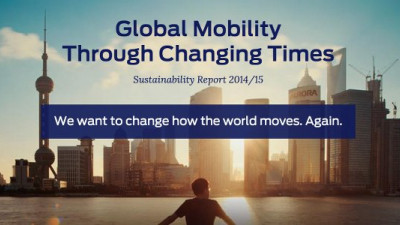