Press Release / BASF Shanghai Coatings Co., Ltd. broke ground today on a new, world-scale automotive coatings plant at the company’s existing site at the Shanghai Chemical Industry Park in Caojing, Shanghai, China. The new plant represents an investment of around €140 million and is expected to start operation in the fourth quarter of 2017. As the latest investment of the joint venture between BASF and Shanghai Huayi Fine Chemical Co., Ltd, the new plant is an expansion of the automotive coatings plant, which began production in 2014 at the same site. - 6 years ago 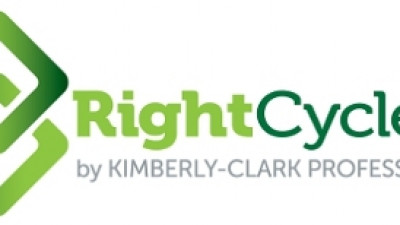 Press Release / Kimberly-Clark Professional has expanded its innovative recycling program - RightCycle by Kimberly-Clark Professional - to manufacturing and other industrial environments, enabling these customers to divert non-hazardous waste, such as nitrile gloves and apparel, from landfills. RightCycle is the first large-scale recycling program for non-hazardous lab, cleanroom and industrial waste. Since its launch in 2011, the program has diverted more than 300 tons of waste from landfills. The items are sent to recyclers in the United States and turned into nitrile powder and pellets that are used to create eco-responsible consumer products and durable goods, such as flowerpots and lawn furniture, benches and bicycle racks. - 6 years ago

Press Release / Friends of the Earth released the 2016 edition of its Cruise Ship Report Card today, documenting the environmental footprint of the cruise industry and grading 17 cruise lines and their 171 ships. The report card, last released in 2014, shows an ongoing lack of initiative by cruise companies to install technologies that reduce their air and water pollution impact on travel destinations and local peoples. Disney Cruise Line was the sole cruise line this year to earn an “A” for transparency by responding to information requests. Every other line, like the year before, refused to confirm its current environmental technologies, resulting in failing grades for transparency. - 6 years ago 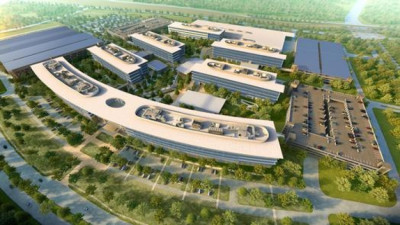 Press Release / Toyota’s new headquarters in Texas will source 25% of its power from an onsite PV system, while a deal brokered by an energy management firm means the facility’s remaining energy demand will be met entirely by renewable energy. The 7.75MW system will be built at the carmaker’s campus under construction in the Lone Star State city of Plano, where it has moved its base of operations from a site in California. Toyota said it is actively seeking to attain USGBC Platinum LEED Certification status in energy efficiency for the HQ. As a wider aim, the manufacturer has pledged to remove all carbon emissions from its operations by 2050. - 6 years ago

Press Release / General Motors has announced plans to invest $10m (£6.96m) in a Canadian plant as part of an effort to boost driverless technology and cold weather testing. GM will also hire 1,000 new workers in Ontario to focus on research for connected and driverless cars. Canada, and particularly Ontario, has been promoting its car-making sector as it attempts to compete with Mexico. Canada has been fighting to keep carmakers in the country. Many have been lured to Mexico, where production is cheaper and the cars have the same tariff free access to the US market.Ontario's Premier called the investment a "vote of confidence". - 6 years ago

Press Release / To further expand how Bank of America is creating long-term value across Environmental, Social and Governance (ESG) factors, today the company shares progress made to deliver on its purpose of helping make financial lives better for customers, clients and communities around the world. The Business Standards Report, first published earlier this year, plus the ESG Addendum, together detail how the company is delivering responsible, sustainable growth – making the business more efficient, helping employees realize their potential and helping local communities around the world address their biggest challenges. - 6 years ago

Press Release / The Hershey Company (NYSE: HSY) issued its latest Corporate Social Responsibility (CSR) report – titled “Shared Goodness” – on June 9, showcasing progress made in 2015 against a variety of priority issues. Building on 2014, Hershey made continued progress through a range of efforts supporting the company’s commitment to responsible sourcing, ingredient transparency, simple ingredients and environmental sustainability. Additionally, 2015 marked the launch of Hershey’s Nourishing Minds program, the company’s global shared social purpose. The innovative program provides children in need with the basic nutrition they need to learn and allows Hershey to help address this critical issue with its deep expertise in food production. - 6 years ago

Press Release / At the 2016 Sustainable Brands conference in San Diego, the Boy Scouts of America (BSA) announced a new environmental initiative – Earth Badge – to help more families and communities become actively engaged in outdoor activities and environmental projects. Developed by the Boy Scouts of America in partnership with Mother Nature Network, Earth Badge is a historic journey into BSA’s iconic heritage and unparalleled library of environmental and outdoor knowledge combined with new, innovative and relevant content that will be accessible to a new and broader population of youth and families. - 6 years ago

Press Release / According to research from the EPA WaterSense® program, the average American adult spends 8 minutes in the shower, using about 18 gallons of water each time they lather up.* Kohler, a global leader in the manufacture of kitchen and bath products, encourages consumers to reduce their water usage by 25 percent by cutting their shower time by two minutes. - 6 years ago

Press Release / Keep America Beautiful, the national nonprofit that envisions a country in which every community is a clean, green and beautiful place to live, and The UPS Foundation, which leads the global citizenship programs at UPS (NYSE: UPS), today announced the distribution of 30 grants totaling $160,000 for its 2016 Keep America Beautiful/UPS Community Tree and Recovery Tree Planting Grants program. The grant recipients’ projects will result in more than 10,500 trees being planted in support of locally-relevant initiatives. - 6 years ago

Press Release / The research firm Gartner Inc. has released the findings from its annual Supply Chain Top 25, identifying supply chain leaders and highlighting their best practices. Analysts announced the results May 18 at the Gartner Supply Chain Executive Conference in Phoenix, Arizona, USA. For the first time, Unilever topped the ranking, followed by McDonald's, Amazon, Intel, and a newcomer to the top five, the Swedish fashion retailer H&M. Five new companies made the Supply Chain Top 25 this year, with Schneider Electric, BASF, and BMW joining the list for the first time, and HP and GlaxoSmithKline rejoining after several years. (See below for the full list.) - 6 years ago

Press Release / Sealed Air Corporation has launched the initiative 'Soap for Hope™', in association with Doctors for You, an NGO in Mumbai. Sealed Air aims to recycle used hotel soaps into fresh soap for distribution to local communities. In Mumbai, the joint workshop held by Sealed Air and Doctors For You provided a step-by-step demonstration of the soap-recycling process. The soap that will be distributed to slum dwellers and lower middle class families aims to promote hand-washing as an effective and inexpensive way to prevent diarrheal and respiratory diseases in developing countries. - 6 years ago

Timberland Partners with Thread to Look Beyond Sustainability and Toward Responsibility

Press Release / “Our suppliers are key partners in our quest to deliver superior value to our customers,” said Roland Simon, global vice president, procurement. “These awards are an ideal opportunity to recognize ongoing innovation and outstanding support, and to forge stronger relationships so that we can continue collaborating to drive excellence throughout the value chain.” US-based industrial control systems supplier Quad Plus was recognized as “Supplier of the Year” for their exceptional efforts across all categories of performance. - 6 years ago

Nestlé Announces the Finalists for the 2016 CSV Prize

Press Release / With the opening of the World Humanitarian Summit in Istanbul, Nestlé has announced the finalists for the Creating Shared Value [CSV] Prize 2016: Natural Extracts Industries [NEI] from Tanzania and Agro-Hub from Cameroun. After four screening phases, the two finalists were selected from a group of 450 applicants by the Nestlé CSV Council, along with 9 independent experts and 9 Nestlé internal experts. - 6 years ago

Press Release / Caesars Entertainment Corporation, (Nasdaq: CZR), the world's most diversified casino-entertainment provider, announced today that its Responsible Meetings (RM) group is expanding its robust service offerings with the release of a new “Meetings for Good” menu of community service opportunities at select properties. - 6 years ago 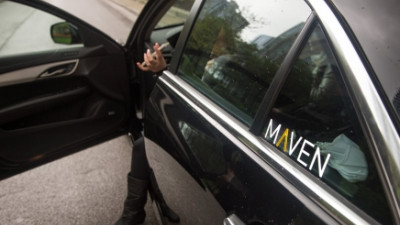 Press Release / In celebration of Asian-Pacific American Heritage Month, Toyota is pleased to announce that it awarded scholarships to 22 Asian Pacific Islander American (APIA) students for post-secondary education in the disciplines of science, technology, engineering and mathematics (STEM). The annual scholarship is offered through a collaborative partnership between Toyota and the Asian & Pacific Islander American Scholarship Fund (APIASF), a non-profit organization dedicated to providing college scholarships to APIAs. The 2016 student recipients were each awarded $5,000 in funding towards a degree in a STEM field for their first two years of college. - 6 years ago 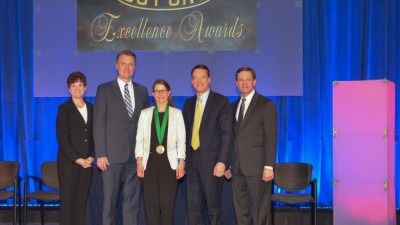 Press Release / At DuPont, our people are not only the engine driving our performance but also the inspiration behind our commitment to sustainability. For more than two centuries, they have identified opportunities, made connections, taken risks, and developed new innovations to exceed our customers’ expectations. - 6 years ago