Child labor and other labor abuses are recurring problems characteristic to tobacco-growing and other agricultural communities in countries such as India. But Philip Morris International’s Agricultural Labor Practices is creating a step change.

In tobacco growing, child labor and other labor abuses are recurring problems characteristic to many agricultural communities. Underlying issues may be found in perpetuating cultural traditions, however a key root cause lies in the precarious economic situation of many smallholder farmers around the world. Philip Morris International (PMI) is committed to eliminating child labor from its tobacco supply chain; and importantly, to acting upon the root causes of labor abuses through a global, farm-by-farm program. This includes: 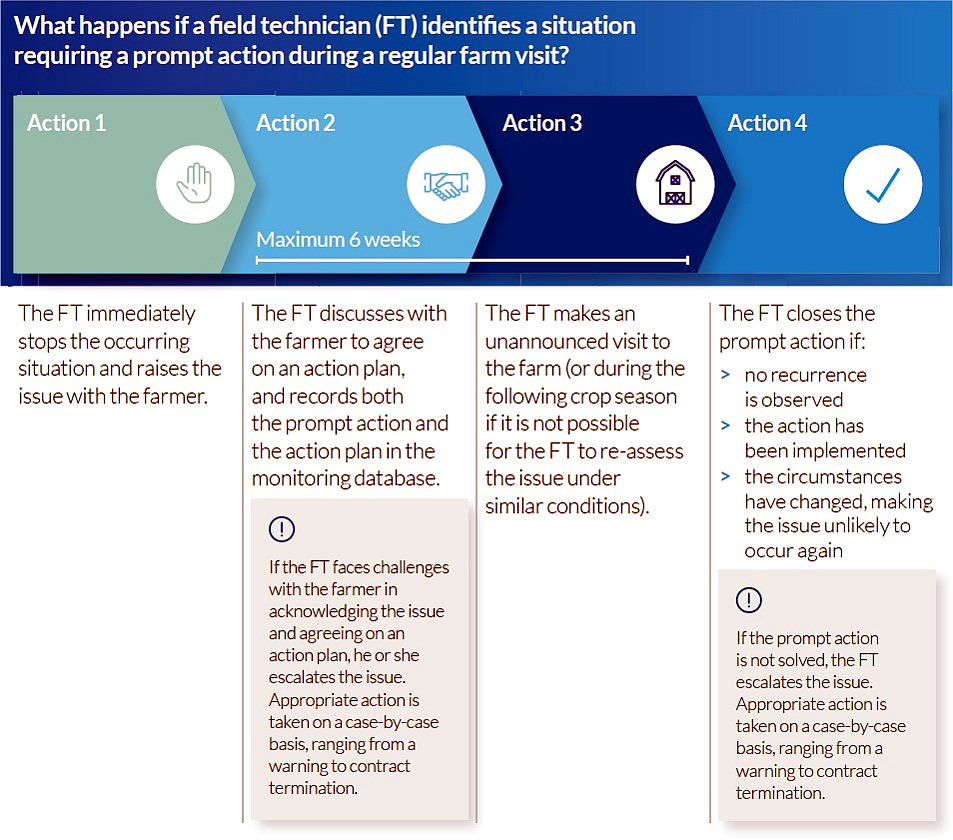 PMI’s process to address cases of non-compliance with its standards | Image credit: PMI

In a recent Sustainable Brands webinar, PMI outlined the work it is doing with its Agricultural Labor Practices (ALP) program. Since its inception in 2011, the ALP program — co-developed with Verité, PMI’s strategic partner and a leading global NGO in responsible supply chains — has made encouraging progress. In 2018, 93 percent of the tobacco purchased by PMI was sourced through direct contracts with farmers, either by PMI affiliates or its suppliers. The monitoring data, covering 88 percent of the contracted farms, showed that, out of the more than 300,000 farms visited by field technicians, 98 percent were free of child labor. 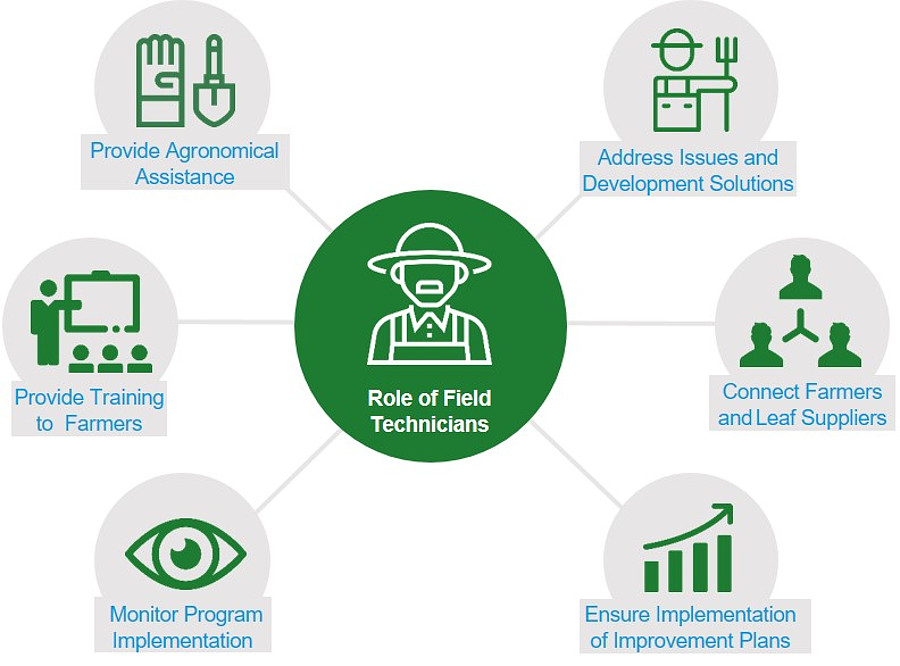 As PMI is progressing toward its target of zero child labor in its tobacco supply chain by 2025, here’s how it has been acting through targeted social interventions in Vinukonda, at the heart of India, in an agricultural area whose small farmers and workers deliver on the global demand for tobacco.

As part of the rollout of its comprehensive ALP program across Asia, PMI launched the program in Vinukonda in 2013 through its supplier, Godfrey Phillips India (GPI).

Any company that implements robust policies around ensuring a safe and fair working environment for farm workers and their children will face complex challenges. But this is especially true when existing practices are based on cultural traditions that may not necessarily conform to ALP standards — and when behaviors are deeply engrained in the economic and sociopolitical fabric. The farmers who work Vinukonda’s land come from its rural communities, where the farms are crucial to the health of the local economy. Multiple challenges in enforcing India’s laws in this sector also originate in culture-driven, difficult labor conditions in the farming communities.

To understand the prevalence of children in Vinukonda’s tobacco fields and gain more accurate visibility of the issues on the ground, GPI first needed to get to the root cause. It began by building comprehensive farm profiles, assigning field technicians to collect the demographics of the farms and conduct regular farm-by-farm monitoring. In the first year of the ALP roll-out in Vinukonda, the process — including the reports of non-compliance — required improvements to ensure it would effectively depict the situation and issues on the ground.

One of the foremost issues? That child labor in Vinukonda’s rural communities is primarily driven by poor-quality education and schooling infrastructures, as well as too few schools and after-school recreational activities, but also many farmers use child labor because they fail to understand the health risks of engaging in tobacco-related farming tasks.

When GPI began to communicate the ALP code requirements to farmers in Vinukonda, it had to start by addressing these challenges. GPI considered the issues it uncovered as an opportunity to initiate social interventions to address the root causes and engage with local stakeholders in the tobacco-growing communities to ultimately improve the labor conditions in the farms. Key initiatives were selected and started, and have continued to expand ever since, through collaborations with PMI and third-party NGOs.

In 2015, GPI also began working with a leading local NGO to engage with local communities and initiate a school rehabilitation program in Vinukonda, intended to improve school facilities through repairs of its buildings, the provision of safe drinking water, the establishment of separate toilets for boys and girls; and the provision of basic school yard landscaping, including simple playgrounds for children. While unsophisticated, these additions have helped attract more children to attend school, with teachers and parents commenting that the project was effective as both school enrolment and attendance improved.

Comparing the attendance rates before and during the after-school activities, school records in 2017 and 2018 show an increase in children’s attendance to schools for the months of January and February, the peak of tobacco season, when the risk of child labor is the highest.

To complement this initiative and address the risks of children engaging in tobacco tasks after their classes, PMI also partnered with its local implementing partner to introduce after-school recreational and learning activities in most of the rehabilitated schools. These additional after-school activities contributed to children’s improved enrollment and attendance.

As of 2019, there were 35 schools providing after-school programs, reaching a total of 3,684 children, of which 63 percent are children of tobacco farmers and tobacco workers. GPI’s monitoring, which includes unannounced visits, showed no incidences of child labor in the areas where after-school activities were introduced.

Talluri Paul, a farmer with a child in third grade at a refurbished local school, said, “The improvement in the schools has encouraged my child to spend most of the school hours at school. … I am proud to have my child at such a fine school.”

Looking ahead, in 2020, GPI plans to expand the rehabilitation program to cover at least 12 more schools. In parallel, it will introduce “Kids’ Day” sessions in additional villages to further raise awareness of child labor and the health risks of engaging in tobacco-related farming tasks to both children and their parents, through entertaining activities and roleplays.

Encouraged by the positive results to date, GPI is committed to continuously improving its farm-by-farm monitoring and field technicians’ skills to identify and address potential child labor incidences in Vinukonda. It has also introduced a stricter consequence-management approach, including non-renewal of farming contracts in cases of recurrent issues on child labor found in farms; however, to date, there have not been any recurrent child labor issues found in the region.

For more information on the work that PMI is doing to improve labor practices in its tobacco growing supply chain, listen to the Sustainable Brands webinar.

For more information on the implementation of PMI’s ALP program in India, read the recent progress update on PMI’s website.

Sponsored Content / This article is sponsored by Philip Morris International.