Published 6 months ago. About a 4 minute read.
Image: Sergio Souza/Pexels

While private car is the preferred mode of transport for Spanish and Latin Americans, 70% think cars take up too much space in cities. Cabify is working to raise awareness on the impact of transport and advancing a pioneering environmental strategy to decarbonize urban mobility.

Multi-mobility company Cabify has released a new report entitled Reimagining Cities, which analyzes the great challenges of sustainable mobility and use of urban spaces.

The report was inspired by a poll carried out in September of over 5,000 people in Latin America and Spain, where Cabify operates; and it includes the reflections of prestigious international voices in areas such as urban planning, sociology and climate change — including UN researcher Judith Oginga; architect and former dean of the Madrid College of Architects, José Maria Ezquiaga; and WWF Mexico Coordinator of Sustainable Cities, Cynthia Menéndez.

The initiative was launched on the occasion of the company’s 10th anniversary, alongside the recent evolution of its positioning and global brand identity, with which it reinforces its commitment to being a key alternative to the excessive and inefficient use of private cars for the transport of people and objects.

Cabify offers alternatives to the use of private vehicles and works to realize the vision advocated by the Re-imagining Cities campaign — in which mobility is shared, safe, sustainable and accessible to all. To do this, the company works to raise awareness about the impact of transport, while advancing its environmental strategy — aimed at decarbonizing urban mobility, as well as advocating for the implementation of carbon-neutrality strategies through platforms such as The Climate Pledge. Cabify is, since 2018, the first and only company in its sector that offsets the emissions of all its trips. The company's offerings now include video teleconferencing services, electric micro-mobility, car-sharing, and monthly bicycle rental and deliveries.

“It has been 10 years since we created Cabify — with our own vision to improve urban mobility and reinvent it through a multimodal, accessible, and sustainable ecosystem — and we will continue to add value to communities thanks to the potential of technology,” asserts Cabify CEO Juan de Antonio. “In Re-imagining Cities, we have seen confirmation that society is demanding that we advance urgently in the construction of more sustainable cities.”

The new Cabify report reveals conflicting mobility interests from users: An average of 70 percent of the Spanish and Latin American people surveyed think that too much urban space is devoted to cars — yet, they also said the private car (28 percent) is their most enjoyed mode of transport.

Arriving on time at their destination (26 percent) and taking the shortest time possible (17 percent) were globally the most important decision criteria of those surveyed when it comes to getting around, reflecting the growing demand for efficient, technology-driven mobility. Being able to walk (14 percent) was the next most prominent factor.

Having multiple mobility options was important to 9 percent, and only 8 percent take into account the sustainability of their chosen means of transport. According to the International Energy Agency, transportation is responsible for 24 percent of direct CO2 emissions from fuel combustion. Road vehicles — cars, trucks, buses and two- and three-wheelers — account for nearly three-quarters of that. Cabify markets Barcelona, Buenos Aires, Chile and Uruguay were among the 100+ signatories to the Glasgow Declaration on Zero-Emission Cars and Vans that came out of COP26 last week, but the Cabify poll data demonstrates the importance of continuing to raise awareness about sustainability in more of the company's markets. 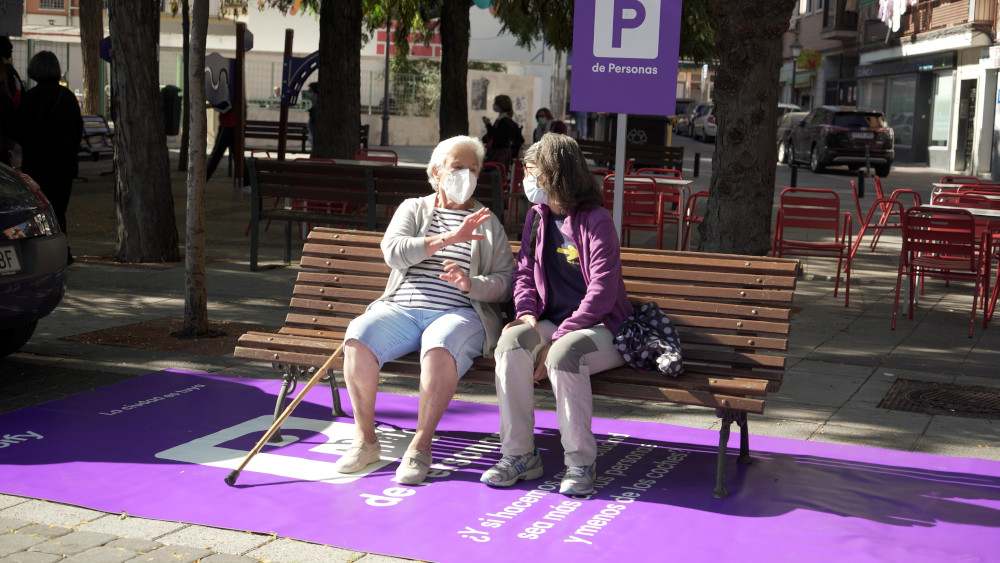 Currently, 70-80 percent of our streets are occupied by private vehicles, which also remain parked 95 percent of the time. Cabify's recent street-marketing campaign, "Parking de Personas," advocates for a better use of urban space — making people, not private vehicles, the protagonists of cities.

With the aim of generating debate and symbolizing the potential for recovery of the city, a parking space in the city of Madrid was "liberated" for one day. The action is in line with Cabify's motto: “Own the city” — which motivates its users to empower, reclaim and reclaim urban space. The company also launched a wildly successful line of ads promoting alternative forms of transport on what may have seemed a counterintuitive choice for advertising a mobility service: Buses.

"Every time we choose how we move, we are doing our bit for the kind of city we want to live in,'' said Natalia Ruda, Global Head of Brand at Cabify. "With this campaign, we aim to prioritize the role of people in the life of cities, which is completely related to our mission as a brand: to make cities better places to live in.