Business Case
Sustainability Leaders Daunted, But Willing to Work Together to Help Build ‘The Good Life’

Mark Lee
Published 5 years ago. About a 7 minute read.

This blog is part of the GlobeScan-SustainAbility Leaders Survey 20th anniversary project being conducted by GlobeScan and SustainAbility in partnership with Interface.

Mid-May 2017, more than 2,000 sustainability professionals gathered in Detroit for the annual Sustainable Brands conference. SB’17 Detroit’s theme of Redefining the Good Life was designed to let delegates explore “how redefined societal aspirations are transforming the way brands deliver value for their customers.”

During the opening night plenaries, Eric Whan of GlobeScan and I presented the results of the 2017 GlobeScan-SustainAbility Leaders Survey, conducted in partnership with Sustainable Brands for the second year in a row. The GSS Leaders Survey, now in its 20th year, explores sustainability expert views on institutional leadership, especially by business, on sustainable development. With this focus at the heart of the survey throughout its history, the findings resonated strongly with the SB’17 Good Life theme.

Below we share what the 2017 results told us about the state of business leadership and whether companies are truly helping to create a good life — that is to say, a more just and sustainable economy — for their customers and society.

Two constants stand out in the 2017 GSS Leaders results.

First, for the seventh year in a row, Unilever is ranked by experts as the premier global corporate sustainability leader, receiving nearly half the total mentions from the more than 1,000 experts worldwide who responded to the question: “What specific companies do you think are leaders in integrating sustainability into their business strategy?” Also, the degree to which experts perceive Unilever to be the top leader is the greatest margin of leadership ever seen in the survey’s history. Suffice to say, the company’s Sustainable Living Plan has impressed.

Second, Interface placed in the top cohort of leadership yet again this year, which it has every year since the survey’s inception. Interface is the only company to have achieved this, which reflects the remarkable dedication, clarity of vision and meaningful action the company has demonstrated in pursuit of a more sustainable business model since the 1990s, and the widespread admiration this has won.

In addition to the enduring leadership demonstrated by both Unilever and Interface, Patagonia was ranked second, for the second year in a row. Others in the top cohort in 2017 (those mentioned by at least 3 percent of respondents) who have been highly acclaimed in past years included IKEA, M&S, Natura, BASF, GE, Nestlé and Nike, with the only notable newcomer in the top echelon (first breaking through in 2016) being Tesla. Overall, we see an emerging trend of top leaders becoming more firmly ensconced in their places, at least in the view of our expert pool.

While the GSS generates a ranking of leadership companies, even more survey effort is devoted to understanding what behaviors leadership companies exhibit that convince the expert respondent pool of their commitments. Vision and goals were the leadership attributes that received the highest ratings for top-ranked companies. Advocacy and the ability to connect and engage are also among the major drivers of reputation.

The GSS is best at revealing present and past perceptions of leadership, dedicating just one question to future leadership characteristics. But of course it is the future that is actually most critical.

To explore what will define corporate sustainability leadership through 2030, a date now sharply defined as a critical junction at which to assess sustainable development progress in key frameworks such as the Sustainable Development Goals and the Paris Agreement, GlobeScan and SustainAbility partnered with Interface to host a dinner at SB’17 Detroit exploring pathways through our yet unclear future. The group of nearly two dozen corporate leaders (heavy on companies previously represented in the GSS, but also sprinkled with some emerging leaders) dove into several hours of intense discussion on the biggest sustainability leadership challenges companies are expected to face 2017-2030, pondering also the kinds of support they will need from others to thrive in that time period while helping redefine and deliver the good life for others.

Respecting the confidential and collegial nature of the discussion, we want to share some of the more striking mentions of the evening.

Even Leaders Are Daunted

If Interface and the other companies represented were unanimous about anything, it is that the sustainability challenges ahead will demand more of corporations than they presently know how to deliver.

The tension and challenges inherent in navigating the need to collaborate on systemic solutions on the one hand, and market dynamics driven by short-term competitive gains on the other, was a dominant theme of the evening.

“We as sustainability leaders need to take a more active role in challenging the dominant narrative around short-term as the ‘right’ model for business,” said Erin Meezan, VP & Chief Sustainability Officer at Interface and the evening’s co-host, echoing a sentiment widely shared by executives in the room.

The integration of sustainability values into the core of business operations was also cited as key even while being recognized as an aspiration for most companies today. As one dinner participant noted, we are still grappling with the task of “how to translate what’s good for the world to what’s good for business.” In most companies, the budget, plans and operations of sustainability teams remain too far removed from more mainstream business functions. This gap has to close.

The 2017 GSS results suggest that committed executive leadership is particularly essential to embedding and delivering on sustainability initiatives, and dinner attendees said they expect the role of senior corporate leaders to become even more important in the future. Unilever’s current dominance of the GSS and many other corporate sustainability rankings is a testament to the impact a committed and visionary CEO such as Paul Polman can have on sustainability reputation and performance. While now nearly a trope, we truly need more senior business leaders to “Be like Paul” and show greater and more consistent commitment to sustainability. As observed by one participant: *“*It is essential to be changing CEO perspectives if we want to see meaningful change.”

While each company is unique in its ongoing sustainability challenges, the corporate leaders gathered in Detroit were united in their perception that delivering a radically more sustainable economy by 2030 will be out of reach unless companies and other stakeholders join forces behind initiatives of unprecedented scale and ambition — initiatives commensurate in size to the magnitude of the problems we face.

Dinner attendees remarked that we are too often divided in the face of adversity and hesitant to share best practices; pre-competitive collaboration is buzzy, but still nowhere near a private sector norm. One voice captured this saying: “Senior corporate executives often think about what we can do differently and uniquely; rather, it should be about what we can do together.”

All attendees agreed that the prospect of businesses united – with one another and with stakeholders – is where potential is highest. We discussed how consumers are increasingly recognized as allies and powerful change agents in their own right, with one member of the conversation noting the truly huge latent potential in connecting with and engaging customers.

In closing, we connected the thinking on scale and collaboration, believing that it is the combination of the two that will define future leaders and future success. “The future of leadership is about scalability,” said one attendee; while another noted, “Tackling the big problems is what matters.” We all nodded — and promised to work on scalable solutions together rather than let this conversation fade as an interesting evening without turning the good thinking into action.

Full results of the 2017 GlobeScan-SustainAbility Leaders Survey will be released on June 28th. Join us for a webinar dedicated to the launch with guests from Unilever, Marks & Spencer and IKEA. 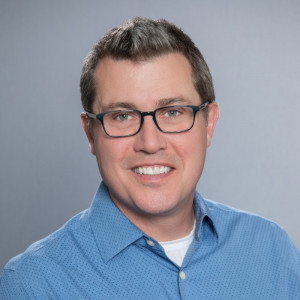 Based in San Francisco, Mark has 15+ years experience in key leadership positions in the sustainability field. Mark possesses expertise in sustainability strategy and implementation as well as the systems, governance, public policy, accountability and stakeholder engagement aspects of this agenda, plus extensive knowledge of climate change, economic development, value chains, and the linkages between sustainability and branding.