Facebook, Google and Twitter are among the more than a dozen companies that have come together today, the International Day of Peace, to draw attention to the vital role of food assistance in creating a more peaceful world.

Many firms are donating television and digital media channels to drive support for the United Nations World Food Programme (WFP), the world's largest humanitarian agency fighting hunger worldwide. It delivers food assistance in emergencies and works with communities to improve nutrition and build resilience, assisting some 80 million people in around 80 countries each year.

As the world's refugee crisis grows and humanitarian resources are stretched, this multi-industry effort represents a “powerful, tangible way for people to make a real difference toward peace and support refugees and displaced people struggling daily to feed their families,” WFP said in a statement.

On television and online, several businesses are using donated media and social channels highlighting a 30-second WFP-branded commercial called "Symbols." TBWA developed the creative for the commercial with funds provided by McDonald's. The commercial highlights the connection between war and hunger, the magnitude of current needs and how a donation to WFP can make a difference.

Many of the companies also are supporting the effort by amplifying the message from their social media pages with related artwork including a call to support affected families by donating to WFP.

All funds raised from this effort will go to WFP's emergency response fund that is used to support WFP's most critical operations, including crises in and around Syria, Iraq, South Sudan and Yemen. With more people displaced now than any time since World War II, the needs are greater than the resources, WFP said.

"The private sector has a significant role to play in ending hunger and promoting peace," Jay Aldous, WFP director of private sector partnerships, said in a statement. "And this global effort is a powerful example of brands coming together with one voice to make a tangible impact in the lives of vulnerable people."

Last week, WWF-UK and the Food Ethics Council released a new food security report, which concludes that sustainable food security delivers long-term business security. Both businesses and government should take active roles to deliver long-term food security, the report says, suggesting that firms pursue opportunities to work together and that the government creates conditions to facilitate that collaboration.

In 2013, the Food Ethics Council suggested that government should lead the way to developing a food policy that moves beyond the current customer-focused, cheap food culture towards a more sustainable long-term system. One such policy could be a tax on unsustainably-sourced food, the report cites. 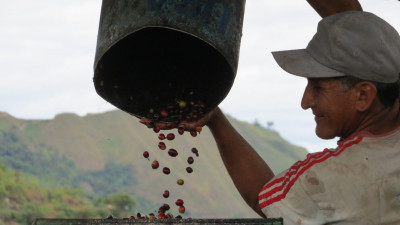