The Next Economy
Tau Index Provides Glimpse Into Nations Poised to Lead in Sustainability, Thanks to ICT

The Index ranks 144 countries based on their ICT infrastructures and ecosystems, including how well they are utilizing ICT to create more sustainable economies. For Tau Institute founder Roger Strukhoff, what sets the nations that will succeed apart is “a certain willingness to think beyond their front door.”

“Without optimal use of ICT and maximum support from the tech industry, there will not be a sustainable world.” — Roger Strukhoff

Roger Strukhoff is founder and executive director of the Tau Institute — a US-based not-for-profit organization that conducts global research on national IT development, ecosystems and socioeconomic environments. One focal point of Strukhoff’s work is the Tau Index, which ranks 144 countries based on their information and communications technology (ICT) infrastructures and ecosystems, including how well these nations are utilizing ICT to create more sustainable economies.

We spoke with Strukhoff to learn more about the Tau Index, the role ICT can play in driving positive change, and why people are so important to ensuring technology fulfils its potential.

What drove you to set up the Tau Institute?

Roger Strukhoff: I founded the Institute in 2011 with a partner in the Philippines when I was living over there for a few years. I had seen a lot of dynamism and innovation in a country that’s usually associated with poverty and corruption. Ever since that time, I’ve been seeking ways to express this energy and innovation with data, so that developing nations such as the Philippines can compete on a more level playing field with richer, more developed nations.

Why is ICT so important when it comes to sustainability?

RS: Without optimal use of ICT and maximum support from the tech industry, there will not be a sustainable world. ICT drives innovation — but also the design of massive systems, monitoring and improving them; and providing clear, powerful ways for us as human beings to understand what we’re doing.

What are some of the world’s biggest ICT challenges in building a better future?

RS: The educational and societal challenges are larger than the technical ones. The United States, still the largest and most dominant nation in the world, can’t even get half of its citizens to agree to fight a deadly pandemic. That said, obviously we need to get to carbon zero and beyond. I’ve developed an Index that shows the cost of doing this as far as electricity generation; but there’s also an enormous challenge in transportation, in food production, in continuing to clean up water and fight disease, and in the materials we use to design and construct our buildings. Basically, name any issue and you’ve named an ICT challenge regarding sustainability.

Where might the solutions to those challenges come from?

RS: Again, only people can lead. Our machines and software won’t do it for us. We must get as many national governments as possible reading from the same page; and encourage NGOs and, especially, large businesses to get behind sustainability and stay there, and get the citizens of the world to understand the urgency.

What key insights have come out of the work you are doing with the Tau Index?

RS: By studying 144 nations and continuing to seek reliable data for the other 40 or so nations of the world, I’ve learned that people are the same everywhere — same goals, aspirations, brilliance, ignorance, jealousies, obtuseness, incandescence; and above all, same humanity. We must look at people and their nations at face value and address each of them as if they are our brothers, sisters, parents, children — which indeed they are.

What separates those nations who are leading on ICT and sustainability from the rest of the pack?

RS: There seems to be a certain willingness to think beyond their front door. Most of these countries are small, but not all of them. Many are wealthy, many are not. But all of the leading nations have leaders who see the world as a whole and develop policies that are not only good for their constituents, but also for the world. Current members of my Top 20 include the nation of Georgia, Denmark, the Netherlands, Rwanda, Portugal, Vietnam, Uruguay, Costa Rica and South Korea. But a few highly developed nations have snuck in — including Portugal, Switzerland, and even the UK. The United States is near the bottom — facing a colossal challenge and not nearly enough political will to address it.

Where will the ICT stars of the future will come from? Are there any emerging contenders to look out for?

RS: There is a group of nations that I call ‘edge nations’ that are really no longer developing nations, but not quite up to the living standards of the developed world. This group includes the former Soviet Baltic states; a few in Eastern Europe, such as Bulgaria; a few in Latin America such as Costa Rica, Uruguay and Chile; and a few in Asia, such as Malaysia. There are also a few places in Africa — such as Rwanda, Nigeria, Tanzania, and others in the Great Lakes Region that are showing renewed development. In West Africa, it’s great to see companies like Google investing in Ghana. As far as ICT stars, they can come from anywhere if they can get funding and have strong management and access to customers. 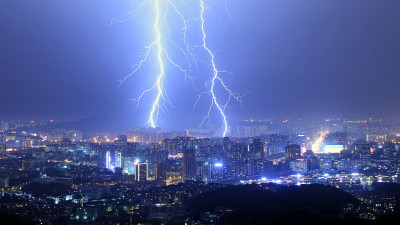