Supply Chain
Can the Food Sector Survive the Water Crisis?

New data from the IPCC shows that more frequent, intense droughts could squeeze the food sector with too little water. This year, we are getting a glimpse of what that might look like.

The IPCC report released last month painted a harrowing picture of the continuing climate crisis, but also delivered dire news for the related water crisis. In a significant departure from the last report released in 2013, the latest models indicate that many of the droughts we are seeing can be highly correlated with human activity. Not only that, but these droughts are actually getting worse — bringing heat as well as lack of water.

This, of course, is bad news for everyone and everything. But the food sector, inextricably tied to the weather cycle, is in real danger if changes do not start immediately to address this trajectory. We don’t have to guess how these new drought models would play out on the ground — we are getting a glimpse of it happening in real time this summer.

The disaster unfolding right now in the Western US makes this crystal clear. This historic drought — the worst in 20 years — is combining with a climate-driven mega heatwave in a punishing feedback loop that is driving down precipitation and draining critical water supplies — such as the Colorado River reservoir Lake Mead, which last month was classified as having significant water shortages for the first time ever.

As the drought intensifies and spreads and reservoirs and rivers continue to drop, states aren’t just cutting back water used to raise animals — they’re also cutting water used to grow the crops that feed them. Across the West, a third of all surface water is used to grow crops to feed beef and dairy cattle. In the Colorado River Basin, it’s 50 percent.

The meat business is built around water supplies that — once taken for granted — are increasingly precarious. The drought has stunted the corn and soy needed to feed their herds, driving up the price of feed beyond what is financially feasible for producers. Across the Great Plains and West, ranchers are selling off portions of herds they have built up for years, often at fire-sale prices, just to stay in business. Some meat and dairy producers are turning to groundwater to meet their water needs, creating conflict as the communities fight over this limited resource. All of these shortages affect the cost of food all the way down the value chain, driving up prices for consumers.

Produce farms are experiencing cutbacks as well, forcing farmers either to go fallow or turn to groundwater resources.

The food sector has not been blind to these distributing changes — many of the food giants around the world have made big, bold commitments to tackle climate change. Yet at the same time, many are dropping the ball on the water crisis.

Over the past few years, Ceres and global investor network FAIRR teamed up with investors who manage more than $11.4 trillion in assets to step up the pressure on fast-food giants McDonald’s, Domino’s, Restaurant Brands International, Yum! Brands, Wendy’s and Chipotle. Investors have asked these companies to mitigate the water risk in their supply chain by pushing their meat suppliers to reduce their water scarcity and pollution risks.

Yet in a recent progress report, only Wendy’s and Yum! Brands — which owns KFC, Pizza Hut and Taco Bell — have set targets to address their water impacts. Even then, the scope and scale of those efforts is limited. Only half of the engaged companies have disclosed any assessment of water risks in their direct operations, with McDonald’s being the only one to conduct a risk analysis of water in its beef supply chain.

Time is running out for meat companies — and the restaurants and retailers that depend on them — to take water risk seriously. The predictability of water resources on which the food sector has relied for so long is a thing of the past — storms, droughts, and elevated water risk are now the norm. Now is the time for these companies to get serious and step up their actions to manage our threatened water supplies. 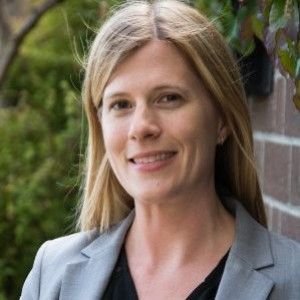