Dexter Galvin
Published 4 years ago. About a 6 minute read.

It’s a conflict which threatens to change the way we eat, shop and live. But unless you pay attention to the business pages, you may not have heard of the “retail wars.”

For the uninitiated, ‘retail wars’ is the name given to the intensifying conflict between online retailers and their more traditional, physical counterparts over an increasingly crowded retail space.

These two sides have been on a collision course for years, with traditional retailers such as Walmart and Tesco pivoting to more online and on-demand services, just as online retailers such as Amazon and Zalando increasingly move towards brick-and-mortar retail spaces — a trend which reached its zenith with Amazon’s acquisition of Whole Foods in 2017.

It’s been billed as a clash of titans, old vs. new, a fight to the death for the future of retail.

But it’s also a battle between those looking forward to a low-carbon, climate-resilient future and those stuck firmly in the past.

The retail wars and the low-carbon future

What might be surprising for many is that, on the environment, it’s the online retailers who are falling behind. Take the most high-profile of these retailers — the real heavyweight of the retail wars, Amazon. For many, Amazon is the quintessential company of the future — from its early days revolutionizing the book market to its recent use of drones and patented “floating warehouses,” the Seattle-based retail giant has always been considered at the forefront of innovation.

However, when it comes to the environment, Amazon is far behind the curve.

While the online retail giant has been keen to publicise its sustainability credentials — including a long-term commitment to renewable energy — these actions, commendable as they are, disguise the fact that Amazon is failing both its customers and its shareholders on the environment.

Environmental reporting and the role of transparency

The e-commerce giant has repeatedly refused to disclose the overall greenhouse gas emissions of its business or its climate strategy. This refusal led Greenpeace’s Greener Electronics report to name Amazon ‘one of the least transparent companies in the world on environmental performance’.

In fact, of the top 10 global retailers by revenue, Amazon is the only one not to disclose its emissions through CDP.

Amazon is certainly not alone. In fact, a lack of transparency seems to be endemic among online retailers, with gigantic e-commerce sites such as JD.com, Alibaba and Flipkart all refusing to disclose the environmental impacts of their businesses. But some, such as well-known consumer-to-consumer retailer ebay, Latin American e-commerce giant B2W and German fashion company Zalando are bucking the trend.

But all retailers, online and off, need to follow suit. Without comprehensive environmental disclosure, it is impossible to tell whether or not these companies, which drive global consumption on a massive scale, are taking the necessary and ambitious steps that are required to truly tackle climate change and address the risks it poses to their business.

Put simply: Without disclosure, there can be no accountability; and without accountability, any sustainability efforts on the part of these retailers will ultimately ring hollow.

Tackling climate across the supply chain

These retailers’ vow of silence around their environmental impacts can be contrasted with the 115 companies currently working with CDP to tackle climate risk in their supply chains.

These companies work with thousands of their suppliers to identify, measure and manage climate change, deforestation and water-related risks. By actively engaging with their suppliers, they can tackle risks, take advantage of opportunities and ensure business continuity. Crucially, these companies include many of the bricks and mortar retailers that online retailers now find themselves in direct competition with, including Target, Walmart and Tesco.

Walmart, for example, plans to take a gigaton of carbon emissions from its supply chain by 2030. By disclosing its own emissions, and gathering the same information from its suppliers, Walmart is providing transparency about its progress towards that goal for its customers, investors and broader civil society.

A similar point could be made about those companies setting science-based targets: Nearly 500 leading companies — including more traditional retailers such as Best Buy, Carrefour and Tesco — have committed to set or have set emissions-reductions targets aligned with the goals of the Paris Agreement, including conducting comprehensive greenhouse gas audits in order to set such goals and committing to report progress publicly against these targets on an annual basis.

Importantly, under the criteria set out the Science Based Targets initiative, if over 40 percent of a company's total emissions are located within its supply chain (as is common in the retail sector) it must set targets to reduce them. In stark contrast to some of their online rivals, these companies are not just stepping up their own climate action but working to revolutionize global supply chains, where they have the largest potential and opportunity for impact.

Put simply, in the face of a conflict which could completely change the way we shop, environmental disclosure provides a clear point of separation for both customers and investors, and one that will end up affecting companies’ bottom lines.

The call for transparency

After a summer of extreme weather and a troubling IPCC report warning that time is fast running out to avoid catastrophic climate change, customers increasingly demand to know about the environmental impact of their consumption. 81 percent of consumers now say they are willing to make personal sacrifices to address environmental and social issues, while over three-quarters of the crucial millennial and Gen Z groups say they are willing to pay more for sustainable offerings.

On top of this, investors increasingly demand that businesses take the physical, legal and reputational risks associated with climate change into account.

In light of these demands, opacity with regards to environmental disclosure looks more and more like a relic of a bygone era. By continuing to obscure their environmental impacts, retailers risk alienating both customers and shareholders and, ultimately, losing the retail wars. 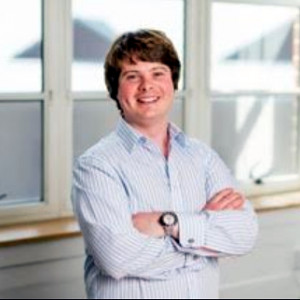 Dexter Galvin is Global Director of Corporations and Supply Chains at CDP.