Meat and dairy companies need to go further and faster to protect our natural world — before politicians, regulators and investors make the decision for them. The latest FAIRR Index shows what’s possible and shines a spotlight on the investment risks of maintaining the status quo.

As the sub-tropical sun glints off the endless, blue-green waters and countless vacationers stretch out along miles of beautiful white sand beaches, the Gulf of Mexico does not look like an urgent warning light for the global agriculture industry.

But hidden from view beneath the waves, the picture is very different. Stretching from the Mexican border to the eastern tip of the Mississippi delta is a vast area of seabed where nothing can live: An oxygen-free dead zone the size of Connecticut — the result not of some natural cycle, but poor management of fertilizers, manure and agricultural runoff into the Mississippi River.

Every year, this entirely man-made disaster costs the US seafood and tourism sectors $82 million in lost business. And it’s just one example of why this month’s COP15 biodiversity summit could prove to be a turning point for both the global animal agriculture industry and anyone with funds invested in it.

With hopes growing that the Montreal meeting will secure an international treaty for biodiversity on the scale of the Paris Agreement to tackle climate change, new data from the Coller FAIRR Protein Producer Index demonstrates just how exposed meat and dairy producers would be to such a resolution.

The index shows that less than one in five meat, egg and dairy farms are adequately managing the pollution of waterways from manure, leading to the kind of situation we see in the Gulf of Mexico; only 13 percent of them could even accurately identify whether their farming operations were located in areas of high water stress.

It’s not just action to protect water that would hit agricultural portfolios: At least 60 percent of companies that source soy for animal feed do so from areas at high risk of deforestation and have still not set deforestation targets.

The figures should make troubling reading for anyone invested in the industry. With clean water and fertile soil consistently jeopardized by conventional animal agriculture practices, any post-COP push to preserve nature would likely require a mammoth and expensive overhaul of current industry practices. It could even render large parts of the industry inoperable, leaving investors with a stranded asset.

The good news is, some investors and producers are already getting ahead of the game. With four years of FAIRR data to draw on, a growing number of companies are reducing their exposure by cleaning up their acts before they are forced to do so. The number of companies whose overall ESG management is ranked as ‘high risk’ has fallen by more than a fifth. More money is being invested by major producers in both more sustainable meat production and alternative protein sources and methods of production.

At FAIRR, we want to bridge investors’ knowledge gaps with the hard data they need to accelerate that kind of change. Because even if world leaders fail to reach agreement in Montreal, the business case for doing things differently is undeniable. Natural assets such as clean water and healthy soil are consistently jeopardized by factory livestock farming, to the extent that a million plant and animal species are threatened with extinction. But our economy is reliant on the very same natural world that intensive animal agriculture is putting in such danger. The World Economic Forum estimates $44 trillion of economic activity — around half of global GDP — depends on it.

Change in the industry is already overdue. The latest FAIRR Index shows what’s possible and shines a spotlight on the investment risks of maintaining the status quo. Meat and dairy companies need to go further and faster still to protect our natural world — before politicians, regulators and investors make the decision for them. 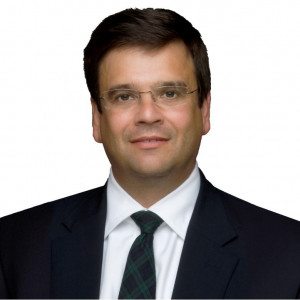