With only a little over a decade left to meet the SDGs by 2030, it is crucial to maintain — or, better said, create — a stable and fair world. To accelerate our actions to achieve the Goals, we need trust. And that trust will grow when we achieve the Goals.

It’s been over three years since the course was set to a better world via the Paris Agreement, the establishment of the Sustainable Development Goals (SDGs) and the Financing for Development conference in Addis Ababa. The global movement started a journey — or better said a next journey, since it had already started with the Millennium Goals. The movement to actually achieve these crucial goals is getting into gear, albeit at a slower pace than is needed. More and more of the business and financial world are committed; yet at the same time, the world is experiencing gigantic risks on multiple levels and they are only growing in both numbers and impact.

We face exponential growth of risks

We are being faced with the impacts of climate change in dramatic ways — experiencing hurricanes, floods, droughts and storms like we have never seen before; with enormous consequences for people, planet and economy. In the previous decade, the world’s economy suffered an estimated loss of $2.7 trillion because of natural disasters — this decade will no doubt show an exponential increase, and inaction on climate change comes with the huge comprehensive cost of $24 trillion. Efforts to slow the pace of climate change so far have had insufficient impact — while at best, we have 1,000 days to turn the tide.

At the same time, inequalities among people across the world are growing instead of diminishing. And despite the fact that we have been able to lift millions of people out of poverty, half of the world’s population is still living on less than $2 a day, and 800 million people still go to bed hungry every day. 30 percent of the world’s 1.8 billion young people are neither employed nor in school or training programs; and over 57 million children of primary school age are not in school. Progress on gender equality also still lags far behind; and women continue to face significant economic, social and even legal barriers to equality.

Building trust for a better world

To add to the risks, we live in a vacuum of political leadership and short-term-orientated systems. The ‘social contract’ between politics, government and society as a whole is becoming increasingly damaged. International and intercontinental connections need to be tighter than ever, but in fact they are actually becoming looser or even lacking altogether. This is a huge threat to long-term planning and overall coherence between all parties in society; and most of all, it damages trust immensely. Trust has never been so low — and the lack of trust has never been so broad related to politics, government and business.

With only a little over a decade left to meet the SDGs by 2030, it is crucial to maintain — or, better said, create — a stable and fair world. To accelerate our actions to achieve the Goals, we need trust. And that trust will grow when we achieve the Goals. Both are interdependent; it is not a coincidence that goal 17 is about Partnerships for the Goals.

Public-private partnership for the Goals

It is increasingly clear that the way forward is one that must be paved by both business and government, but definitely not by government alone. And this is not a matter of trust, but a matter of roles and numbers. For one thing, governments lack the necessary means to bring about the level of change that is needed. We need to consider that ‘the power of business’ has grown tremendously and should be leveraged to grow a stable, sustainable global economy and society. Consider that corporations account for 50 of the largest economies, operating throughout the entire planet. And consider the investment potential of private capital, which is a much larger percentage than public investment potential by now. For instance, the percentage of total capital flows of donor countries’ ODAs into emerging markets has decreased from over 50 percent to less than 10 percent, while private capital flows have increased. And last but not least, consider the power of business needed to safeguard consistency in policy, as we are all aware that business was crucial to achieving the Paris Agreement and the SDGs, and is equally important to maintaining them. Consequently, governments need business like never before.

Equally, business needs government: The right frameworks and tax systems are needed to create a system-wide change of internalizing external costs. Business needs good government to set these frameworks of taxes and regulations, to open up markets, create ‘real and fair’ business cases and thus scale up solutions. It has been shown, for example, that pricing externalities for food waste prevention alone adds no less than 92 percent to the value of business solutions addressing food waste.

Business should be, and remain, self-critical

Business must remain diligent and not succumb to becoming too proud of itself for being part of the solution, rather than the problem. While some business is shifting in the right direction, the solutions are not growing at the speed they need to, and the scale is still too limited. If they are to really contribute to the achievement of climate action, the SDGs and the new meaning of capital, business must accelerate and scale up the solutions. A 2017 GlobeScan/SustainAbility survey, Evaluating Progress Towards the Sustainable Development Goals, found that while corporate respondents say their business is responding to the SDGs by developing products or services that will provide solutions, and nearly all report that they are currently contributing or planning to contribute to the SDGs, all respondents agree that society’s progress on the SDGs has been poor thus far. Although more than 75 percent of the companies that took part in the survey have already started addressing the Goals, it also raises the question of exactly how companies are really integrating the SDGs into their business strategies, since only a few companies are actually measuring the societal impact of their work with the Ten Principles and the Global Goals, as was set up by the UN. And although by the end of 2018, numbers went up, it is not the steep growth we need.

Focusing on the SDGs and engaging in solutions are definitely beneficial for both business and government, and are crucial for a wider system change to create new markets built on sustainable principles, and thus build trust.

So, business can and must be a key participator in achieving the Global Goals, and in the rebuilding of trust throughout the world: by demonstrating trust, by giving trust and by deserving trust. The SDGs bring business the huge gift of learning to be much more holistic and think at a much broader system level, which is key to being successful in the multi-stakeholder era we are in now, and is the key to building a stable and sustainable world.

Marga Hoek is author of The Trillion Dollar Shift (Routledge, 2018). 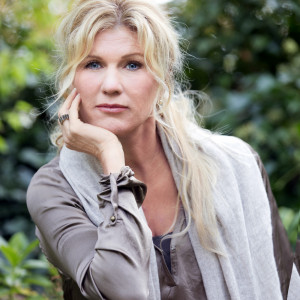 Marga Hoek is an international figurehead on sustainable business and capital.