Google has announced it emitted 1.5 million metric tons of carbon dioxide in 2012, a 9 percent decrease from the year before, according to the company’s latest carbon footprint data.

The search giant says it used new reporting guidance from the Carbon Disclosure Project to buy carbon offsets to reduce its 2012 footprint to zero. Google also claims it has been carbon neutral for six years running.

This includes serving 100 billion search queries and 6 billion hours of YouTube videos a month, supporting 750 million Chrome users and delivering Google Maps in 194 countries. It also includes efforts such as developing self-driving cars and launching Wi-Fi-enabled balloons into the atmosphere. Google says it emits around 8 grams of carbon per day to serve an “active” user – someone who does 25 searches and watches 60 minutes of YouTube a day, has a Gmail account and uses its other services.

The company reports that it is continuing to purchase large amounts of renewable energy for its operations – to date Google has contracted for over 330 MW of wind power in the U.S. and Europe. As a participant of the World Resources Institute Scope 2 accounting process, Google says it is reports its footprint even without these purchases, part of an effort to ensure greenhouse gas reporting remains transparent and meaningful.

For the fourth year in a row, Google is emitting less carbon per million dollars of revenue, which means its footprint is growing more slowly than its business because it can get more done with each gram of carbon emitted.

To put these numbers in perspective, Google estimates that serving an active user for one month is like driving a car one mile.

Google also points to research indicates that cloud computing is more energy efficient than traditional IT, which means that the five million businesses using Google Apps are reducing their IT energy consumption. Using the Berkeley Lab model Google estimates that their combined savings could add up to more than its own carbon footprint.

LG Electronics recently reported that it cut its carbon dioxide emissions by 61,348 metric tons, while saving close to $1 million in operating expenses since December 2012. At the end of 2012, the electronics company signed a memorandum of understanding with the EPA, promising to implement several sustainability initiatives to help reduce its carbon footprint. 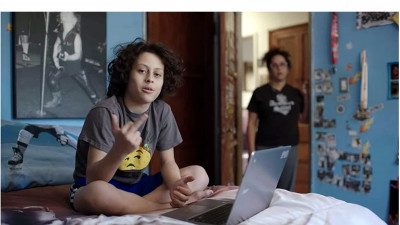 MARKETING AND COMMS
New Campaign Supports Mental Health, Tells 2020 How We Really Feel About It