Amon Rappaport
Published 6 years ago. About a 8 minute read.

For the NFL to rebuild trust with women in the wake of the ongoing domestic violence debacle, and repair its bruised brand image, Commissioner Roger Goodell will need to do more than apologize, beef up education programs and promise to do better. To truly overcome the damage that’s been done to the reputation of the NFL and its sponsors, Goodell will need to change the way the League thinks about marketing to women, take a zero tolerance stand regarding domestic violence, and ultimately redefine the brand’s purpose toward developing players who are real heroes and role models for kids and families. Here’s a game plan for the NFL and its sponsors:

1. Think of women as more than a marketing opportunity

As a marketer myself, I’m all for reaching audiences that are important to your business. But as the current crisis embroiling the NFL and its sponsors shows, thinking of women as mainly a target market can have disastrous results for your brand’s reputation.

One woman recently put P&G’s CoverGirl brand, “The Official Beauty Sponsor of the NFL,” on the defensive by tweeting a CoverGirl ad she Photoshopped to give the model a black eye, suggesting that the makeup could be used to hide domestic abuse and questioning the sponsor’s support of the League. The viral sensation also called for a boycott of the brand, and urged CoverGirl and its celebrity spokeswomen, including Pink and Sofia Vergara, to call for the NFL to #FireGoodell. Though CoverGirl remains an NFL sponsor, P&G later pulled its Crest brand sponsorship from the League’s annual breast cancer awareness campaign.

The role of business in the racial justice and equity movement

Hear more from some of the organizations, large and small, that are taking authentic action and making long-term, systemic commitments to creating diverse, equitable workforces at Just Brands '21 — May 11-12.

That campaign is perhaps the most visible sign of the NFL’s female-focused marketing. Each October, players lace up in pink shoes, and pink ribbons appear everywhere from uniforms to footballs to the field, with support from sponsors such as Nike, Diet Pepsi and Tide. The NFL has also licensed co-branded merchandise for ladies, such as a Victoria’s Secret collection of PINK wear with team logos. And, perhaps thinking that even more marketing to women could help address the NFL’s current problems, the League recently hosted a fashion show in Manhattan with female models in NFL apparel.

Why would a sport with only male players, and a mostly male audience, want to woo women so badly? Women reportedly account for 45 percent of the NFL’s audience today. And as a recent New York Times article notes, Goodell has ambitious plans to more than double the business — from its current $10 billion to $25 billion — by 2027. To help meet that goal, the NFL’s chief marketing officer said, they have been courting women over the past five years by “listening to their needs much more aggressively and really trying to (understand) what can we do better.”

Said the CMO: “The matriarch of the family predetermines an awful lot that goes on, from what sport you play to what media you watch to what products get bought.”

Marketing to women is clearly good business for the NFL. But it’s not good business to rely on this kind of marketing as your most visible and significant connection to them. Instead, it leaves the League and its sponsors vulnerable when male players, owners, coaches and Goodell himself demonstrate a profound misunderstanding of what women really want: More than pink pajamas with team logos, they want to know that the NFL is committed to zero tolerance for domestic violence, no matter the player or the team.

2. Take a stand — and action — to end domestic violence everywhere

In Goodell’s most recent press conference, he not only apologized (again), but announced that, just the same day, “... each NFL club and all our League office locations received information about advocacy and support organizations in their communities.” He also explained that there would be “education sessions” and “training programs” for NFL players and staff. These are important steps to “get our house in order first,” as Goodell called it.

But more telling is what he said — or didn’t say — about the bigger issue. On the plus side, Goodell acknowledged that, “…these incidents demonstrate that we can use the NFL to help create change. Not only in our League, but in society with respect to domestic violence and sexual assault.” He added comments such as, “We recognize that domestic violence and sexual assault exists everywhere,” “These are problems we are committed to addressing,” and “…we will do more.” As evidence, he announced that, “…we have entered into long-term partnership with two leading national organizations” that the NFL will “help” (though he didn’t specify how). What he should have said is something more like this: “Domestic violence is totally unacceptable behavior, wherever it occurs. We must end domestic violence — in the NFL and society overall — and I will do whatever I can to achieve this goal.”

Several brands have shown the courage and conviction to take a stand on this touchy topic, and some have taken action too. “CoverGirl believes domestic violence is completely unacceptable,” said the brand, though only after it came under fire. And when P&G later pulled its Crest sponsorship from the NFL, the company issued this statement: “Domestic violence is completely unacceptable and we have strongly urged the NFL to take swift and decisive action to address this issue, and we will determine future actions as needed.”

PepsiCo hasn’t cancelled its sponsorship, but chairman and CEO Indra Nooyi had this message for the NFL: “I urge them to seize this moment. How they handle these cases going forward can help shape how we as a nation, as a society and as individuals treat domestic violence and child abuse.”

The Radisson Hotels chain was the first company to take swift action, after their logo appeared on the backdrop at a press conference where the Minnesota Vikings said they would let star running back Adrian Peterson play, soon after an incident of alleged child abuse. Just hours later, the company temporarily suspended its sponsorship of the team, stating: “Radisson takes this matter very seriously, particularly in light of our long-standing commitment to the protection of children.” The brand benefits were immediate: Radisson “has experienced a dramatic uptick in its visibility and positive ratings on social and digital media platforms,” USA Today reported, driving 81 percent of the company’s quarterly business in the two days surrounding its announcement.

An ever-increasing number of companies both small and large are positioning their brands around a higher purpose, not just because it’s “doing good,” but because it’s good business too. Brands that focus on making people’s lives better grow three times faster than their competitors and show a return on investment four times greater than the S&P 500, according to research commissioned by P&G’s former global marketing officer, Jim Stengel.

Several prominent examples show how brands with purpose are successfully reaching women and girls on issues that matter to them. Since 2004, Unilever’s Dove brand has led the well-known “Campaign for Real Beauty” to build self-esteem in women and redefine perceptions beauty in our society, including several ad campaigns that have engaged millions. More recently, P&G’s Secret antiperspirant brand launched the “Mean Stinks” anti-bullying campaign, and the company’s Always feminine hygiene brand hit a home run “Like a Girl” with a campaign that aims to help girls keep their confidence during puberty and beyond.

There’s a big difference between these brand purpose initiatives and the kind of cause campaigns that most brands, including the NFL, usually do. Supporting a visible breast cancer campaign every October is certainly helping that cause. But don’t confuse support for a worthwhile cause with your brand’s true purpose. Finding your brand purpose involves taking a deep look inside to find the unique contribution you can make to a better world through your daily business, year after year, not just with periodic promotions. And with a sustained commitment to activating your brand purpose, you can engage the people who matter most, from customers to employees; drive sales of your products and services; and even create broad culture change around the issues you are solving.

Goodell, the NFL and its sponsors can use the playbook above to go from playing defense on domestic violence, to playing offense. If the NFL really wants to get in the game, it will shift its brand purpose toward making the lives of women and families better. It can start by developing players who are real role models for kids and families, instead of making excuses for brutes who are continually held up as heroes despite their shameful behavior. 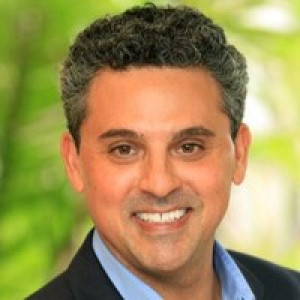 MARKETING AND COMMS
Kolster to Brands: Tout Not How Great Your Product Is, But What It Can Help People Become

WALKING THE TALK
Kolster to Brands: Avoid the ’Hero Trap’ and Close the Intention-Action Gap
Advertisement