Why have the collective efforts of national governments, NGOs, forward-looking companies and citizens had so little impact on curbing carbon emissions? Here are three reasons why high-level pledges are not translating into concrete actions — and what’s needed to break through.

The purpose of this and the next two installments in the Fair Targets for ESG Performance series is to look at how market methods — e.g., service payments and fees — can be applied in novel ways to reduce carbon emissions in the energy sector without harming the economy. We begin by looking at global goals in the face of current emissions, why so few tangible results have been produced from so much high-level political and media attention (Case in point: COP27 and its predecessors), and what needs to be done to break through the carbon log jam.

First, some math: Over 99 percent of climate scientists agree that the climate is warming, and that the primary driver is GHG emissions (Lynas, Houlton and Perry, 2021). Global net anthropogenic GHG emissions were higher in the past decade than any previous (IPCC AR6 WGIII, 2022) and higher this past year than ever before. In an effort to keep climate change below a level that might trigger significant political chaos, economic displacement and/or social harm, the Intergovernmental Panel on Climate Change (IPCC) provides two targets for human society to achieve: staying below a 1.5°C and a 2°C global area-averaged change in surface air temperature (IPCC AR6 WGIII, 2022). The targets are based on the difference in mean temperature compared to pre-industrial temperatures, defined as the 50-year baseline of 1850-1900. Based on the amount of extreme weather events we are already experiencing with about a 1°C (estimated to be 1.18°C in 2019), the 1.5°C target is clearly preferable; if increasingly ambitious (Matthews et al, 2021).

That atmospheric accumulation of carbon and other GHGs leads to mean temperature rise and increasing numbers of extreme weather events is not new news — scientists have been talking about climate change for 40 years, and the business world has rallied somewhat around finding solutions: There are numerous other carbon-focused NGOs in addition to the IPCC; CDP invites companies to share their carbon-emissions data; the Science-based Targets initiative has devised technically feasible schedules for industries to reduce their carbon emissions per unit of output (i.e., the carbon intensity of production); and Project Drawdown has researched low-carbon, energy-producing technologies along with their respective startup and maintenance costs. And there are plenty of conferences dedicated to carbon awareness and reductions in one form or another — including COP, which has produced country-specific climate pledges; and Innovate4Climate and the Global Carbon Markets Conference that focus on regional and private sector financing.

And, of course, companies, countries and federations of countries have gotten increasingly involved over the past 20 years. In the EU, day-ahead spot markets for electricity favor renewable energy producers. China has pledged to become carbon neutral by 2050. In the US (notwithstanding the Supreme Court’s disallowance of the EPA as a carbon regulator, the Biden administration target for the country is to reduce net GHG emissions by 50-52 percent below 2005 levels by 2030. Individual states including California and Washington have implemented cap-and-trade carbon markets; and corporations are voluntarily making carbon-neutrality pledges with highly variable degrees of ambition.

Despite all this high-level effort, estimates of current total annual human emissions of CO2 are still increasing and have reached over 44 Gt of CO2 per year (IPCC AR6 WGIII, 2022). At our current emissions rate, we will bypass (i.e., miss) the 1.5°C budget in less than ten years! What meaning is there in pledging to become carbon neutral by 2050 to keep global warming to 1.5°C when we will have exceeded that level 15 years before any pledges take effect? The imbalance between aggregate human demand for carbon sinks and the atmosphere’s remaining supply (i.e., capacity to serve as a sink) is shown in Figure 1 below. 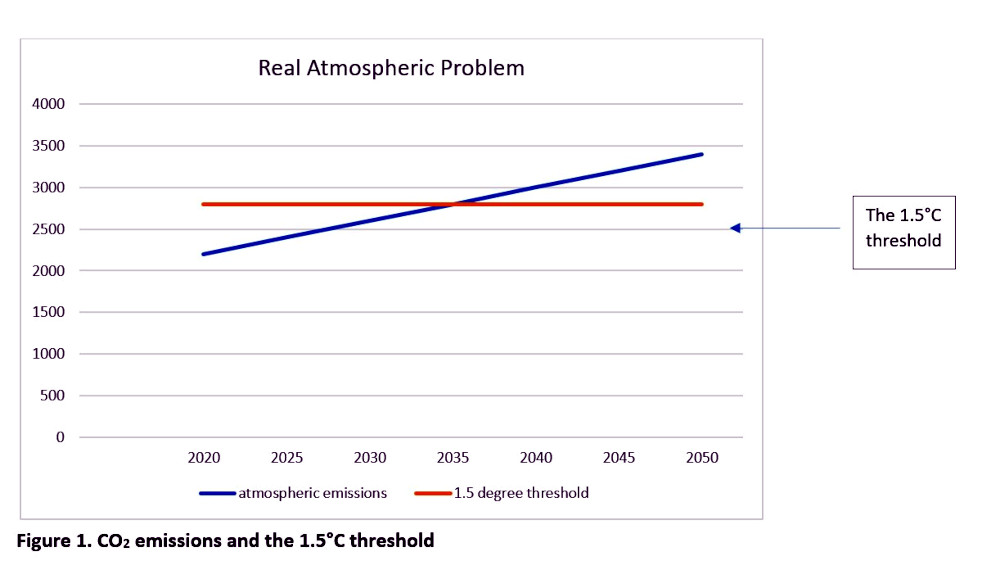 In modelled pathways that successfully limit temperature rise to either target (1.5°C or 2°C), global emissions need to peak between 2020-2025. But under currently implemented policies, global emissions are projected to rise well beyond 2025 — leading to over a 3°C increase by 2100, according to the IPCC. So, why have the collective efforts of national governments, NGOs, forward-looking companies, and citizens had so little impact on curbing carbon emissions? Why is there such a carbon action log jam?

There are three main reasons why high-level pledges are not translating into concrete actions (e.g., investments taken by companies):

If only we could translate global, regional and sector knowledge into fair targets for individual companies (like personalized workout or diet programs) that were expressed as annual emissions, and compare actual company performance with their fair targets, behavior-changing market mechanisms could apply in a customized way to individual companies based on their performance relative to their fair targets. This could steer aggregate energy-producing behavior towards meeting aggregate carbon goals without harming the economy.

This is why in our next installment, we describe what it means to be a fair target; we show how to compute fair targets for companies in the energy-producing sector based on key attributes of their facilities (e.g., fuel type, production technology, location, even financial accounting); and we explain why fair targets provide a much better handle than self-proclaimed company targets and add needed precision to sector targets for steering energy production towards carbon neutrality and our aggregate climate goals without harming our global economy.

Previous articles in this series: 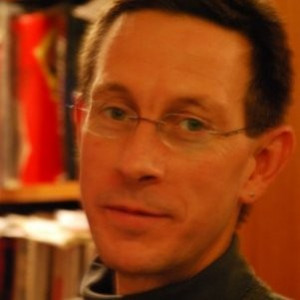 Erik is a world authority in the field of multidimensional information systems, an internationally recognized expert in the application of logic to information systems, and a well-known innovator in ontologically grounded approaches to AI and socio-economic-environmental (or ESG) applications. As CTO of Blender Logic, he designed a semantic controller that improves the performance of machine learning applications that was selected as an exemplar of advanced AI algorithms by the DoD's Joint Center for AI (JAIC). Recently, Blender Logic teamed with sciGaia, a Montana-based provider of sustainability services, in order to produce a new generation of wellbeing-based planning systems. He is the author of "OLAP Solutions: Building Multidimensional Information Systems," which is used around the world in both graduate computer science and MBA programs, and of publications for both scholarly and IT journals. 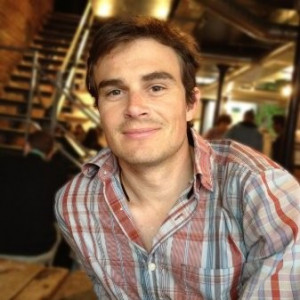 Rob Lindner is Director at sciGaia and The Movement Collective, based in Montana.