Hilton properties have collectively recycled four million pounds of soap, resulting in 11 million soap bars being distributed to communities in need in 127 countries. Starting today, soap recycling is now a brand standard across over 5,300 Hilton properties.

Every year, billions of bars of partially used hotel soap are thrown away around the world. Those bars of soap ultimately end up in landfills, when they could be saving lives.

Worldwide, approximately 1.8 million people in underserved communities — including 1 in 4 children — die annually because of lack of access to soap and clean water. These heartbreaking statistics are what drove Hilton to launch a first-of-its-kind soap-recycling program nearly ten years ago. Working with partners around the world, we set out to help solve this global hygiene challenge and reduce the millions of pounds of waste created from discarded hotel toiletries. Today, we are proud to have the largest soap-recycling program in the hospitality industry.

The story of soap recycling

The soap-recycling process starts with discarded soap that is collected from hotels and donated to a soap recycling center where it’s crushed, sanitized, cut into new bars and then donated to communities around the world. Not only are these new soap bars eco-friendly, but they also help prevent diseases and reduce mortality rates. Just one bar of recycled soap provides an estimated 180 handwashes.

Today, to mark Global Handwashing Day (October 15), Hilton is further expanding our life-saving program: Soap recycling will now be a brand standard across our portfolio in selected regions, with the program extending to include over 5,300 properties in more than 70 countries and territories. These new brand standards aim to convert millions of pounds of waste into life-saving handwashes for people in need around the world. We will also continue transitioning from single-use toiletries to full-size bath amenity dispensers across our global portfolio in 2020. By the end of next year, we will have bulk amenities in the vast majority of our hotel rooms.

Hilton’s role as a leader in soap recycling and as a trailblazer in the global hygiene revolution started back in 2009. Hampton Inn by Hilton Orlando-International Airport became the first hotel to donate discarded soap to Clean the World, which has since become the company’s largest soap-recycling partner. More of our hotels caught wind of the program’s success and began to recycle soap themselves. In 2016, Hilton’s All Suites brands (Embassy Suites, Homewood Suites and Home2 Suites by Hilton) made soap recycling with Clean the World a brand standard; and in January 2019, Hilton Garden Inn and Hampton by Hilton followed suit.

Recognizing the significant environmental and social impact of this program, these five brands decided to take their soap-recycling efforts to the next level. Earlier this year, in partnership with Clean the World, the five brands joined forces to launch the Clean the World Challenge, setting the goal to recycle enough soap to create one million new bars by today, Global Handwashing Day 2019. Hotel owners and Team Members took the Challenge seriously and within only a few months, the properties had reached their goal. Given that early success, they doubled down and increased their goal to two million bars of soap.

The Clean the World Challenge not only spread awareness about the global hygiene crisis but resulted in the creation of more than 2.3 million bars of new soap — which will provide nearly 415 million life-saving handwashes. The Challenge’s impact further inspired us to expand our soap-recycling efforts across more properties around the world.

Effective January 2020, soap recycling will be standard across Hilton’s portfolio of brands. These new brand standards are applicable across the United States and Puerto Rico, Canada, the Dominican Republic, United Kingdom and Continental Europe. Hilton will also continue its existing partnerships in the Asia-Pacific region with soap-recycling organizations including Soap Cycling and Sundara India.

To date, Hilton properties have collectively recycled four million pounds of soap, resulting in 11 million soap bars being distributed to communities in need in 127 countries. As a company, we have also converted one million pounds of empty amenity bottles into energy and diverted more than four million pounds of waste from landfills. Clean the World has reported a 60 percent reduction in hygiene-related diseases in the regions in which it distributes recycled soap.

The expansion of our soap-recycling program, which includes the goal of sending zero soap to landfill by 2030, is just one part of our larger commitment to driving positive change in the global communities we serve. In fact, Hilton’s larger Travel with Purpose initiative is redefining and advancing sustainable travel globally. Last May, Hilton set the goal to double our investment in social impact and cut our environmental footprint by half, and we are the first major hospitality brand to set science-based targets to reduce our carbon emissions in alignment with the Paris Climate Agreement.

As the hospitality sector continues to grow, we have a responsibility to preserve the communities in which we serve. As our founder, Conrad Hilton, once said: “To achieve big things, you must first dream big.” At Hilton, we are leading by example and making our dream of a cleaner world, a “greener” hotel industry, and a more sustainable future a reality. 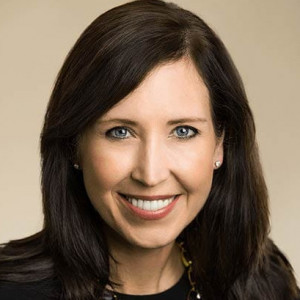 Katie Fallon is Global Head of Corporate Affairs at Hilton Worldwide. She previously served as Deputy Communications Director under the Obama administration. 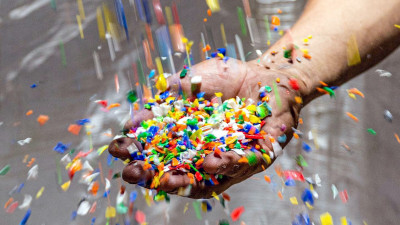