Collaboration
COP27:
Holding Both Hope and Despair as We Fight For Every 0.1°C

The first COP took place in 1995 — 27 years later, and it’s easy to understand the scepticism. We’re still quite a long way from universal adoption by all nations and private sector actors of net-zero strategies that align with the urgent timescales science tells us are needed. But no other issue brings 198 nation states together in this way.

“How was your experience at COP27?”

“Will it make any difference?”

Two questions I’ve been asked regularly since landing back in the UK from the sun and heat of Sharm El Sheikh.

So, how was the experience?

Before answering, I acknowledge I am extremely privileged to have attended as an NGO Observer. But my answer? On a practical level, borderline chaos. Initial reports of no water, no food and sewage running between buildings are true. Things did improve, but the irony of being in sweltering heat with no fluids was not lost on many of us. This is a reality for millions.

Taking one of the many shuttle buses that were so brilliantly laid on to ferry thousands of delegates from their hotels to the COP site was a real adventure. Where you would end up was a live question — often at the edge of a highway by the side of the desert was the experience of many. The early-stage confusion was compounded by the fact that many of the roads around the site were new. They literally weren’t on the map.

And the COP site itself? Imagine a very large trade show, with many individual booths, and then double it. Make sure that the descriptions on these booths (or pavilions as they were described) don’t quite tally the maps on the outside of the aircraft hangar-type buildings. You’ve now got a sense of both the scale and the ever-so-slight confusion. Walking in circles became a perfected pastime.

COP operates as a huge conference, with multiple panel sessions operating in parallel in the pavilions, and additional sessions at least four other venues outside of the main zone. What’s odd is the conference is quite separate from the negotiations, although occasionally you would see a well-known politician perfecting that walking-in-circles move mentioned earlier.

Talking climate and health together

I was at COP primarily to launch the latest report from the Climate and Health Coalition, which calls for integrated action on climate and health challenges and provides practical guidance for the private sector to develop integrated strategies. Launched with our partners Bupa, Haleon, Reckitt and Walgreens Boots Alliance, the report aims to ensure that every action taken to mitigate and adapt to climate change can also deliver benefits for health. In this way, we could see accelerated action on tackling two of the biggest interconnected challenges we currently face.

It was an honour to be able to share the guidance with a wonderful cross section of experts — from business, philanthropy, government and multilateral organisations — each of which are working to shape the emerging ecosystem of climate and health.

Since returning to the UK, the question of whether COP really makes any difference now dominates the headlines. The first COP took place in 1995 — 27 years later, and it’s easy to understand the scepticism. We still seem quite a long way from universal adoption by all nation states and all private sector actors of net-zero carbon strategies that align with the urgent timescales the science tells us are needed.

What do I think?

It comes down to specifics. Will it make a difference to what, exactly?

So, why bother? Why not just give up trying to create the future we want and desperately need? Because every 0.1°C above 1.5°C is worth fighting for. And our future isn’t written.

What else made COP worthwhile? The fact that:

It comes down to a simple truth: a need to hold hope

COP27 has reinforced a simple truth for me. We must hold the despair of this moment in time — the fact that millions of people have already lost their livelihoods as a result of climate devastation. For these people, tangible action to avert the worst is already too late.

However, this despair should not paralyse us. Quite the opposite — it needs to spur us on. Holding hope alongside despair, we can — and we must — rewire, reconfigure and repattern the systems we rely on.

We need to act faster and we need to go further, tackling the root causes of the issues we face. We need to understand where we can each hone our efforts to maximise impact — for Forum, that means an unwavering focus on influencing the transitions we’re seeing in food, energy and the role of business to ensure deep transformational change. Shallow fixes won’t cut it; they never have — and we’re calling time on incremental change that ultimately won’t add up.

The goal is nothing less than a just and regenerative future in which people and planet can thrive. I believe the COP process can get us closer to that. It has to. 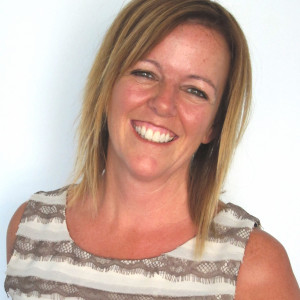