Unilever's New Plastic-Molding Process Could Save 27,000 Tons Per Year 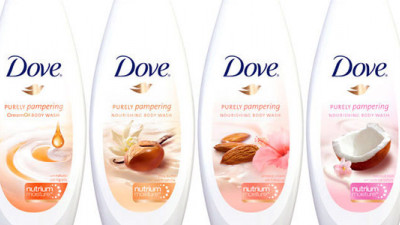 6 years ago - Unilever announced on Tuesday that its Dove Body Wash will now come in bottles that contain at least 15 percent less plastic, thanks to a new packaging technology. Unilever says it will make the breakthrough process — which represents another step towards its goal to halve its waste footprint by 2020 — available for use throughout the industry. 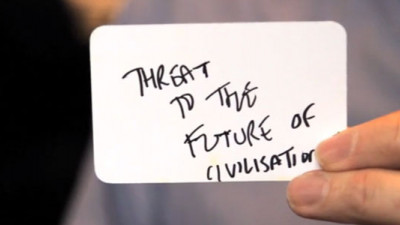 6 years ago - Late last month, the UN’s Intergovernmental Panel on Climate Change (IPCC) released its second report, warning the impacts of global warming are likely to be ‘severe, pervasive and irreversible.’ It’s considered the most comprehensive assessment to date, providing ‘overwhelming evidence’ of the scale of these effects.Yet, it’s now eight years since Al Gore coined the phrase ‘an inconvenient truth’ and we still seem much closer to where we started than the place we wish to get to. Worryingly, one of the concerns about the UN report was that the language was so ‘apocalyptic,’ it portrayed climate change as a battle already lost. 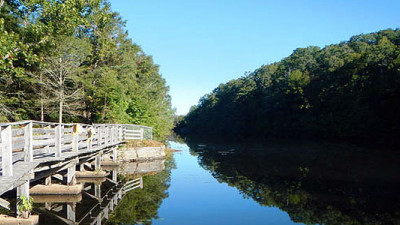 6 years ago - In December, Unilever pled guilty to two counts of violating the Clean Water Act, for an incident on December 5, 2008 in which it illegally discharged thousands of gallons of wastewater from its former Clinton, CT, manufacturing facility.The company said the incident involved two non-managerial wastewater operators who bypassed portions of the facility’s wastewater treatment system. While Unilever voluntarily reported the bypass, it did not notify the Connecticut Department of Energy and Environmental Protection within two hours of becoming aware of the bypass, as required by the facility’s discharge permit. 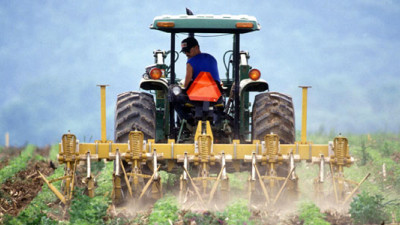 6 years ago - PepsiCo, Unilever, Heineken and more than 50 other members of the Sustainable Agriculture Initiative (SAI) Platform have developed the world’s first industry-aligned Farmer Self-Assessment (FSA) of sustainable agriculture practices, launched earlier this month at SAI Platform’s General Assembly in Seville, Spain.The FSA is designed for farmers to assess their sustainable agriculture practices in a way that is universally recognized by the food and drink industry, SAI says. The industry-aligned set of assessment criteria for farmers meets the sustainable sourcing needs of many companies. Any farmer can complete the assessment online and it can be used for most crop types, farm sizes and locations around the world.

Over 75% of Unilever's Factories Achieve Zero Waste to Landfill 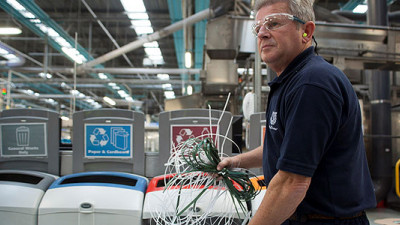 6 years ago - Unilever announced today that all of its European factories have joined those in North America in achieving zero non-hazardous waste to landfill. Along with similar achievements in countries from Argentina to Indonesia, this means more than three-quarters of the company’s global factory network no longer sends such waste to landfill, up from 20 percent just three years ago.

6 years ago - After a recent rash of new commitments from a number of its fellow consumer goods giants and a number of not-so-subtle hints from Greenpeace (including a high-profile protest at the company’s Cincinnati headquarters last month), Procter and Gamble (P&amp;G) has announced a new “no deforestation” policy that pledges to eliminate palm oil-related forest destruction from its products and provide full traceability for all the palm oil and derivatives it uses.Greenpeace has welcomed the move as a huge step forward in protecting Indonesia’s rainforests and the communities that depend on them, but the NGO warned that much work still remains.

6 years ago - When Patagonia launched its Responsible Economy campaign last fall, VP of Environmental Initiatives Rick Ridgeway eloquently summed up the ‘elephant in the room’ of capitalism: Growth is not sustainable. Ridgeway accepts that evolving from our current economic system will be especially challenging for larger companies with insatiable IPOs, but I’d like to share some ways it not only can be done but is being done.1. CSRCorporate social responsibility has been a fantastic gateway for newcomers to sustainable business values, allowing a brand to better understand its impacts and act as a baseline to refer back to over time. 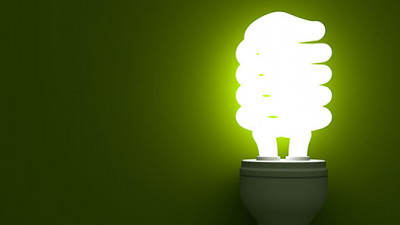 6 years ago - Unilever, Philips, 3M and several other members of the European Alliance to Save Energy (EU-ASE) have signed a letter sent to the European Commission calling for a new set of competitiveness objectives to exploit all possible cost-effective energy-efficiency opportunities by 2030. 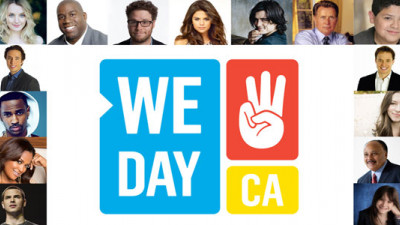 6 years ago - Microsoft, Allstate and Unilever are sponsoring California’s first We Day — an educational initiative aimed at inspiring students to become active local and global citizens — on March 26.Organized by international charity and educational partner Free the Children, the event will feature celebrity speakers and performers including recording artists Macklemore, Selena Gomez and Jennifer Hudson, Kid President, and actors Seth Rogen and Orlando Bloom. It will bring together 16,000 students from over 400 schools across the state. 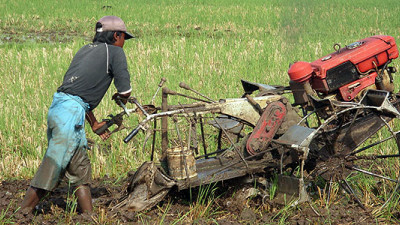 6 years ago - Unilever recently announced a public-private partnership with the International Fund for Agricultural Development (IFAD) aimed at helping to improve the livelihoods of smallholder farmers around the world.The goal of the 5-year global agreement — the first of its kind by IFAD with the private sector — is to help improve food security through:

6 years ago - Greenpeace launched another massive campaign this week, this time demanding Procter &amp; Gamble end its role in rainforest destruction through its careless sourcing of palm oil.

6 years ago - Nature is valuable. But figuring out how valuable has been challenging. By some measures, the services that nature provides business and society — clean water, food and metals, natural defense from storms and floods, and much more — are worth many trillions of dollars. But that number is not helpful to companies trying to assess how dependent they are on natural resources, or how to value them as business inputs.

Unilever and Internet.org partner to understand better how internet access can be increased to help communities across India 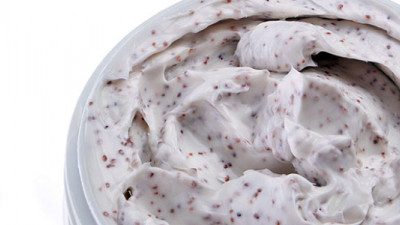 6 years ago - Recent commitments from L'Oréal, Unilever, Johnson &amp; Johnson and P&amp;G to phase microbeads out of their products by (or before) 2017 is laudable and a good step forward. This news responds to scientific research linking the tiny, polystyrene balls to Great Lakes pollution.

6 years ago - Kellogg Company has announced a commitment to work with its global palm oil suppliers to source fully traceable palm oil, “produced in a manner that's environmentally responsible, socially beneficial, and economically viable.”To do so, Kellogg is working through its supply chain — from suppliers to processors to growers — to ensure that its palm oil is sourced from plantations that uphold the company's commitment to protect forests and peat lands, as well as human and community rights. 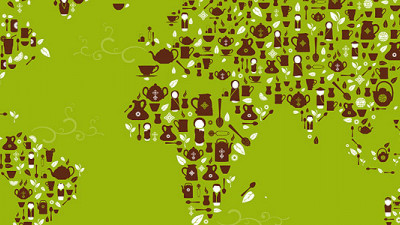 6 years ago - Every cup of tea you drink should help better the lives of the people who produce it, improve the environment where it is grown, and contribute to a thriving global industry, according to a new report from some of sector’s biggest players, launched today by global sustainability nonprofit Forum for the Future.Unilever, Yorkshire Tea, Tata Global Beverages and James Finlay are among members of the Tea 2030 partnership calling for the sector to find legal ways to collaborate — whilst continuing to compete vigorously — to turn tea from a standard commodity into a “hero crop,“ which benefits the millions who work in all parts of the industry as well as the wider environment and economy. 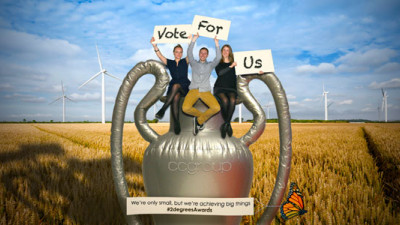 6 years ago - 2degrees is calling for organisations with inspiring examples of sustainable practice to shout about their success stories by entering this year’s Champions Awards.The only sustainable business awards voted entirely by industry peers, the 2degrees Champions Awards are the ultimate recognition for individuals and companies using innovation to push the boundaries of sustainable business.Last year’s winners included a range of start-ups, SMEs and FTSE-listed businesses including Unilever, The Co-operative Group, Sky, O2 and SC Johnson.

6 years ago - The American Cleaning Institute (ACI), the nonprofit trade association representing over 120 companies in the US cleaning products industry — including BASF, Clorox, Dow, Novozymes, Method, Seventh Generation, Colgate-Palmolive and Unilever, to name a few — has launched a new voluntary initiative to promote and demonstrate continual improvement in the cleaning products industry’s sustainability profile.

6 years ago - Procter &amp; Gamble announced this week that it will eliminate phosphates from all of its laundry detergents — which include brands such as Tide, Ariel, Cheer, Gain, Ace and Bold — by the end of 2015. The company says the goal of the change is to provide consumers with superior cleaning performance while eliminating the harmful effects of the chemicals on the environment.