Behavior Change
Meet the Team Reconnecting Communities to Oceans, While Cleaning Them Up

Chloé Dubois’ connection to the ocean began at a young age. She grew up in Ontario, Canada, surrounded by the Great Lakes. Then, one of her first jobs was as an adventure kayak guide.

“I spent a lot of time on the water, in some incredibly remote areas. I fell in love with the water,” she says.

At university, she studied the impacts of climate change and how rising temperatures will impact farming. Then, like many young people, she went travelling: “I visited lots of remote communities to learn how the principles I’d learned in school were actually being applied.”

Chloé’s connection to the water — and her passion for protecting the environment — led to the creation of Ocean Legacy Foundation (OLF), which she set up with co-founder James Middleton in 2014.

A Guide to Plastic Action for CPGs

Join us as representatives from rePurpose Global, Grove Collaborative and The Clorox Company share everything from new methodologies for comprehensive plastic footprint measurement to robust strategies for reduction to transparent and traceable plastic credits for immediate impact — at SB'22 San Diego.

Thanks to ocean currents, most ocean waste is concentrated in five areas, known as gyres. The gyre in the North Pacific is twice the size of the US state of Texas, and is only getting bigger. 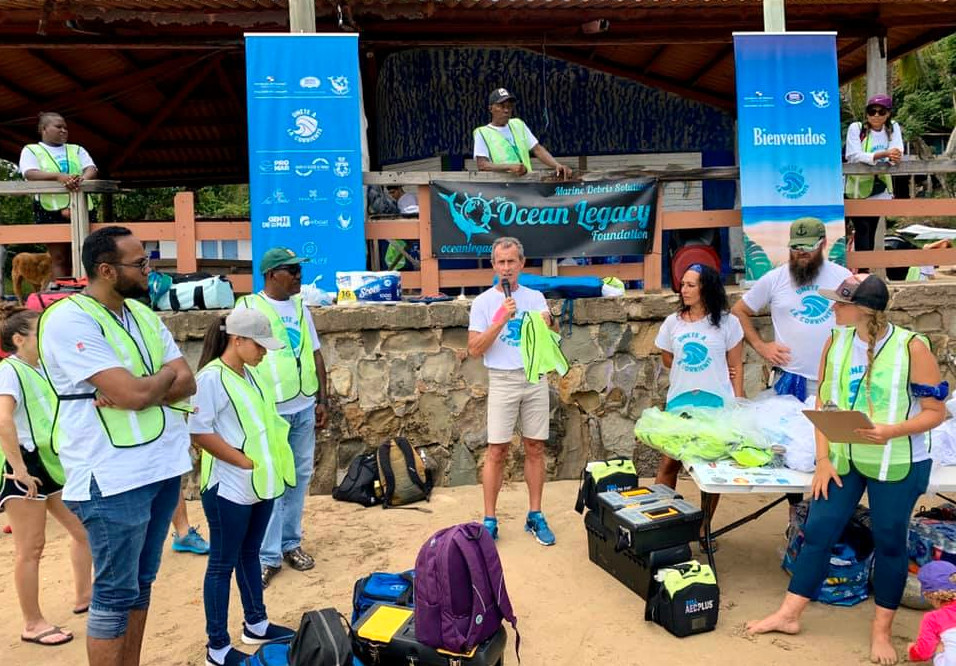 Since it began, the Canada-based OLF has collected more than 180,000 pounds of plastic and marine waste.

Last month, working in partnership with Nestlé Waters, OLF turned its attention to Panama for several massive beach clean-ups in the remote community of Las Perlas, 30 miles off the Pacific coast.

In Panama, there is very little waste-processing capability in place, other than people burning rubbish in open pits and landfills.

In just five weeks, Ocean Legacy and 400 volunteers collected more than nine tons of mixed plastic material that had washed up on the shoreline.

OLF worked with schools and different community groups across nine islands, running workshops and getting people to talk to each other. They were also able to get people out of the city to see for themselves what is happening off the coast of their own country.

“This is helping to bridge the gap in understanding the environmental impact of mismanaged individual consumption on remote, ecologically-sensitive environments,” Dubois says. “You can see the lightbulbs go on, with people starting to ask more questions about where their plastic goes after they are done using it.

“Bringing people together and completing the hard work builds comradery and trust, allowing people to connect with one another and the natural environment.” 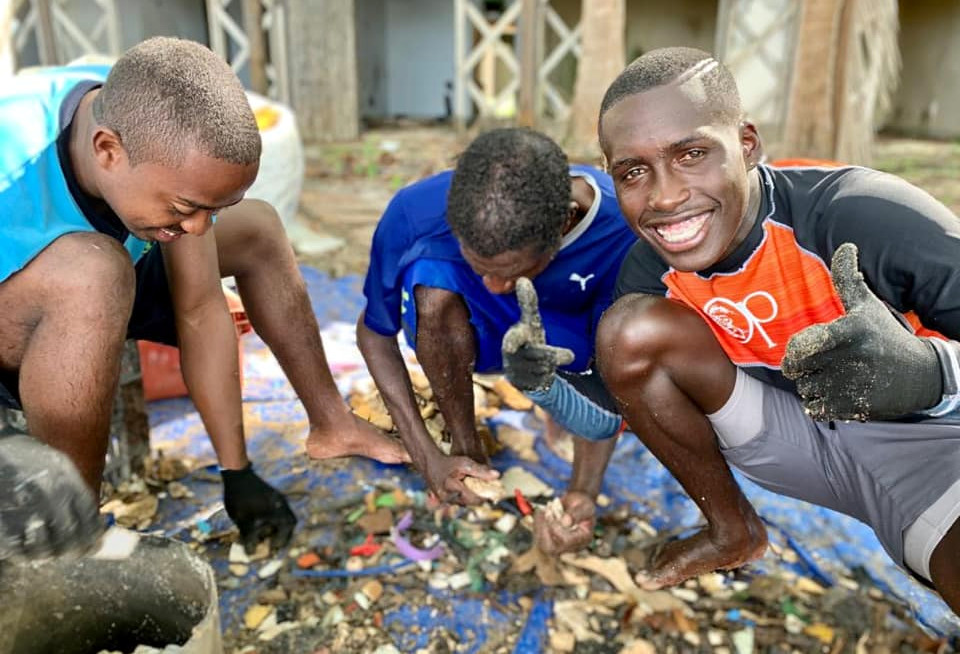 With such a backlog of waste building up around the world, OLF’s beach clean-ups, education and the start of basic infrastructure are crucial in restoring natural habitats and protecting marine animals.

Dubois hopes that by mentoring people about how we use, reuse and recycle materials, she will make herself — and her 15-strong team — redundant.

But there’s still work to do.

The recently announced EPIC Program will give communities a four-step program for dealing with their plastic problems — asking them to consider education, policy interventions, improved infrastructure and ongoing clean-up efforts.

Nestlé Waters will continue to support OLF’s endeavours as part of Nestlé’s broader sustainability commitments on plastic waste. All 4,200 Nestlé facilities worldwide, for example, are on a mission to eliminate single-use plastic items that cannot be recycled.

Over the next five years, OLF will do what it does best and support communities in other parts of the world. A key feature of the EPIC Program is the EPIC web portal — a digital platform designed to give people more information, advice and capability to mitigate, prepare for, respond to and recover from threatened or actual plastic disasters in their local environment.

Drawing on the work of eco-philosopher Joanna Macy, Dubois has been focused on helping people reconnect with nature. And that starts with education.

“In Western culture, there’s little room for community to come together and really grieve over environmental degradation,” she laments. “And we’re often stigmatized for having those feelings of loss when we see trees being cut down or plastic in our seas.

“Ocean Legacy Foundation is about bridging the connection between communities and environmental degradation — and finding solutions, together.”