Chemistry, Materials & Packaging
Perfect Day Is Helping Brands Give Cows, and the Planet, a Rest with Animal-Free Dairy

The biotech startup uses microflora to produce whey protein that’s genetically identical to the milk-derived version, without a cow in sight. And it’s poised for massive impacts, thanks to a growing number of brand partnerships.

A recent study in Nature suggests that shifting from animal-based to plant-based diets in high-income countries could help the agricultural sector reduce its annual greenhouse gas emissions (GHGs) by 61 percent, with the potential to simultaneously increase the carbon sequestration of restored lands.

The problem is, consuming dairy is an indelible part of global culture: Studies have found evidence that people have been ingesting dairy products for at least 6,000 years. Cheese is revered the world over, especially in Europe and North America; and the average US citizen consumed roughly 40 pounds of dairy products in 2021.

But between its fueling of climate change and outsized resource use, it’s clear we must shift our dependence away from livestock agriculture to ensure a sustainable future. Changing people’s eating habits is easier said than done; but what if people could eat their favorite snacks without feeling anxious about the environmental impact?

Thanks to the work of food tech startups such as Perfect Day, we may all soon be able to enjoy some of our traditionally most resource-intensive, guilty-pleasure culinary indulgences without worrying about further damaging the planet. And thanks to its growing list of brand partners, Perfect Day’s animal-free dairy products are beginning to proliferate the market.

In 2014, vegan bioengineers Ryan Pandya and Perumal Gandhi decided to do something about the then-lack of acceptable dairy alternatives available on the market. They started by exploring what gives milk its appealing, creamy texture — two proteins, whey and casein.

Their ideas soon captured the attention of press and investors; and they secured an initial seed round from Horizons Ventures founder Solina Chau — allowing them to delve deeper into the possibility of dairy beyond cows, and adding them to the growing list of innovators including Aleph Farms and Opalia that are working to remove cows and their environmental impacts from our diets without removing the foods we love.

Even though no cows are involved in the company’s methods, the team soon renamed their company (which had launched under the name Muufri) after Lou Reed’s hit song, “Perfect Day” — which, according to a 2001 University of Leicester study, was found to be one of the top, lower-tempo songs that helped cows relax, increasing their milk production. Now, Perfect Day produces whey protein with the help of microflora — reducing the stress on dairy cows (which are kept artificially ‘pregnant’ through the use of hormones, to ensure constant milk production), as well as the lands currently used to supply the world’s demand for dairy.

Thanks to the Bovine Genome Project in 2009, sequenced DNA from cows has become easily accessible. Perfect Day took information about its desired protein and introduced genetic instructions into a solution with hundreds of millions of microflora cells — a process called precision fermentation — through which some of the microorganisms incorporate the instruction to create whey protein into their own DNA.

The resulting protein is filtered out from the microflora, purified and dried into a non-animal whey protein isolate that tastes and looks just like the products made from cow milk, but sparing the cow from the process. At Perfect Day, microflora are regarded as ‘miniature factories’ because of their ability to rapidly expand to deliver useful ingredients at a large scale.

Since then, a growing catalog of brands and products — including Tomorrow’s Farms, MyProtein, Strive Nutrition and Mars — are using Perfect Day’s animal-free whey protein to make lower-impact dairy products without compromising on taste, texture or nutritional value.

Because Perfect Day’s whey protein is identical to that found in milk products, it matches the latter’s nutritional profile — providing a high-quality ingredient with amino acids that are vital to a healthy human body — with the added bonus of being lactose free. Removing cows from the equation also means eliminating the need for hormones, antibiotics or any other human interference that could adversely affect the quality of our foods.

There are about 270 million dairy cows in the world — in addition to milk, they produce large-scale manure and emissions that release GHGs including carbon dioxide and methane, impacting local water sources and adversely affecting the biodiversity in forests, wetlands and prairies. In comparison, microflora measure a few micrometers in size — so, you could fit hundreds of millions in a single cow — making these tiny factories a promising option for helping us reduce our dependence on increasingly scarce natural resources. 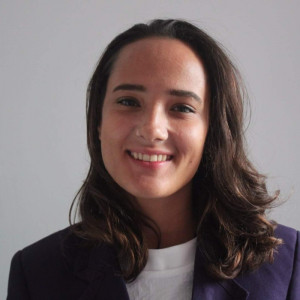 Nina Purton is the founder of Eco Writing — a startup providing blog marketing for projects and businesses with sustainability goals. With a background in English literature and a lifelong passion for eco-friendly practices, Nina started her journey with small initiatives which resulted in collaborations with larger projects and businesses. Nina now blends her knack for creativity, research skills, and knowledge to inspire innovative and healthier interactions with the natural environment.