Cleantech
Can Huawei Crack the US Market Without Environmental Credentials?

Gary Cook
Published 4 years ago. About a 4 minute read.

Your bus shelter and web browser may soon be blanketed with ads promoting “The best phone you’ve never heard of," heralding the arrival of a new smartphone that has finally come to town. Who is this mysterious “newcomer”? None other than Chinese IT giant Huawei.

Huawei, which is already the world’s third-largest smartphone maker, announced this week at the Consumer Electronics Show in Las Vegas the arrival of its flagship smartphone, the Mate 10 Pro, to the US market.

This breakthrough marks Huawei’s latest attempt to wedge into the US market. Huawei already holds nearly 11 percent of the global market share in smartphone sales, following Apple (12 percent) and Samsung (22 percent). But in the US, despite being available via Best Buy, Amazon and other retailers, Huawei has little to no brand recognition and a tiny market share to match**. Even without the US market, Huawei has made its way to 3rd place globally. Can Huawei gain a foothold in the US, displacing Apple as the world’s No. 2 seller of smartphones?**

It’s possible, but there’s a clear flaw in Huawei’s plan. The company is going to struggle to appeal to environmentally conscious customers, particularly among the highly sought after millennial and younger generations. According to public opinion research commissioned by Greenpeace, US consumers are increasingly looking for sustainable, green smart devices. This trend appears even stronger among millennials, with growing evidence they are increasingly prioritizing the environment when they shop:

Yet Huawei is far from being one of those brands. Greenpeace recently called out Huawei on its poor track record on climate change and its heavy reliance on dirty sources of energy, giving the tech giant a D grade in its renewable energy performance, compared to Apple’s A- for energy in the Guide to Greener Electronics, released in October.

Why did Huawei score so poorly? Only 1 percent of Huawei’s electricity consumption comes from renewable energy. Even worse, the company hasn’t set any concrete goals to procure renewable energy in the future. This lack of commitment is having a big impact on the atmosphere: According to Huawei’s own CSR report, its greenhouse gas emissions have almost doubled in the past five years, including a whopping 25 percent just in the last year reported, reaching 1,585,369 tons of CO2 in 2016.

Huawei is looking to become a global leader in PC sales, as well, and has already entered the US market. But with roughly half of the Fortune 500 having set climate change or renewable energy goals, can Huawei reasonably expect to displace enterprise sales of HP or Dell, which have taken meaningful steps to reduce their climate pollution?

Millennials are committed to a renewable future, and are increasingly keeping score as to which companies are fighting to address climate change, and which are acting as if they have no responsibility. Huawei may be a newcomer, but unless it takes its responsibility for climate change much more seriously, it runs the risk of being known not for its innovative smartphones, but as a brand that’s stuck in a dirty energy past. 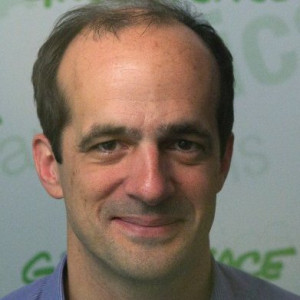