Collaboration
As Michael Approaches, Companies Are Changing the Way We Weather Natural Disasters

Carol Cone
Published 3 years ago. About a 9 minute read.

Natural disasters are becoming a new reality for many Americans. In 2017 alone, 25 million people, or 8 percent of the U.S. population, were affected by a natural disaster — a “historic year,” according to FEMA.

More often, corporates are responding before, during and after natural disasters to serve affected employees, customers and communities. Historically, companies have responded to disasters by providing the basics of food, water, and shelter — often via cash donations to relief organizations. But in the past few years, we have seen more companies bring their competencies, products or services, and people to disaster situations in innovative ways. And they are changing the way communities across the U.S. weather and recover from disasters.

FEMA’s Waffle House Index is a real tool, and it’s not sponsored by the breakfast chain — just inspired by it. Open 24/7, Waffle Houses will only close their doors under extreme circumstances. Locations in hurricane-struck areas often remain open before, during and after storms — as long as it’s safe to do so. Waffle House’s logic is that their restaurants can meet the basic needs of affected communities, serving first responders, rescue personnel, community members, and employees alike by providing food, water, shelter, and power.

FEMA now activates the “Waffle House Index” during storms to assess how severe a storm might be. The idea is that if a Waffle House plans on closing, the situation could be dire and require more presence from FEMA. As Hurricane Florence neared the coast, Waffle House once again readied for the storm — keeping stores open to provide food, water, shelter and power to evacuees and EMS / rescue teams. Waffle House CEO Walt Ehmer and a team of employees from around the nation traveled to areas affected by Florence to support relief efforts.

Waffle House was by no means alone in its response. In the week Florence made landfall, companies took significant, innovative steps to help affected communities — from remotely updating car batteries to lifting cellular data caps:

Amazon launched an Alexa donations feature, allowing any Echo user to donate by saying, "Alexa, donate to Hurricane Florence Disaster relief." The company also donated 100,000 food items and 30,000 bottles of water to Feeding America, and dedicated space in 40 of its Eastern warehouses to donated goods.

Anheuser-Busch halted operations at its Cartersville, GA brewery to can water instead of beer. AB sent more than 300,000 cans of drinking water to North Carolina, South Carolina and Virginia. MillerCoors joined AB, donating 80 pallets of drinking water to American Red Cross shelters near its Virginia brewery. Smaller breweries such as Charlotte's Blue Blaze Brewing joined in, filling kegs with drinking water for residents, restaurants and local businesses in need.

Apple donated $1 million to the American Red Cross to support response and relief efforts. Of the donation, CEO Tim Cook said: "The Carolinas are in our hearts. To the employees there, first responders and everyone in Hurricane Florence's path, please stay safe. To help those affected, Apple is donating $1 million to the Red Cross." In 2017, Apple gave $5 million to Hurricane Harvey relief.

Delta waived bag and pet fees in advance of the hurricane, and capped fares from areas in Florence's path. Most all other major U.S. airlines reduced or eliminated some fees.

Discover Financial Services pledged to match customer donations up to $500,000 to the American Red Cross. Customers had to donate via their Discover card or by using their cardmember rewards bonuses.

Lyft offered free rides up to $15 in North and South Carolina in advance of Florence, as part of a partnership with United Way. Evacuees who called 211 received a code they could plug into their Lyft app for the subsidized ride.

PepsiCo donated $1 million and 350,000 meals to relief agencies in an effort to support its "hometown" of New Bern, North Carolina. CEO Indra Nooyi said on Twitter: "#NewBern is the birthplace of @Pepsi. We wouldn't be here without you and we are here for you now and always."

Target activated a "Green Team" as part of its early response policy. The cross-sectional team includes members from the company's HR, corporate responsibility, properties, distribution, security and other departments. As Target has 130 stores and 20,000 employees in storm-affected regions, the Green Team identifies the needs of each community — whether stores must close or stay open, which products will sell out, and how stores and employees can be protected. As of Monday, September 17, all Target stores had been reopened to guests.

Tesla again pushed over-the-air updates to expand the battery capacity of its vehicles, allowing owners to get further without needing to stop and charge. This is especially critical as some areas experience extended periods without power. For areas with power, Tesla opened its express charging stations for free use.

Tyson Foods operated a cook site at local plants, preparing hamburgers, hot dogs and chicken for anyone in need of a hot meal. The company dispatched “cook teams” from four different states.

Whether companies helped via cash donations, in-kind support, volunteers or competencies, it’s heartening and commendable to see so many corporations doing something. With that, the response to Florence illuminated three key insights:

Unfortunately, there will be more natural disasters. Yet, each one provides a powerful learning experience for communities and companies alike. It’s our hope that with increased corporate support, smart response strategies and selfless giving, communities will be better equipped to prepare for, endure and recover from natural disasters.

Carol is internationally recognized for her work in Purpose and CSR. Carol Cone ON PURPOSE is the return to her entrepreneurial roots and life’s passion: to educate, inspire and accelerate purpose programs and impacts for organizations, nonprofits and individuals around the globe. 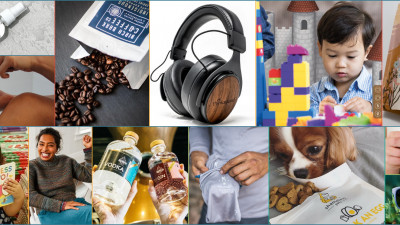