The Next Economy
Will We Get Closer to Circularity in 2020?

While the concept of a circular economy has made its way into the public consciousness; unfortunately, as of 2018, circularity globally is only at 9%. In order for circularity to deliver on its potential in this decade, we’ll need to see more of the following …

It’s been just under 10 years since the Ellen MacArthur Foundation launched in September of 2009 and catapulted the concept of a circular economy onto the world stage. And at first glance, it may seem that the concept has come to fruition — it is a regular topic in Davos, expounded by global money managers including Blackrock, and even cited as a driver for European and US legislation.

Unfortunately, the truth is that while the term has entered into public consciousness, according to Amsterdam think tank Circle Economy, as of 2018 the actual circularity of our global economy is only at 9 percent.

So, what are the hold-ups? In order for circularity to deliver on its potential in this decade, we’ll need to see more of the following:

Whether through regulation or voluntary frameworks, extended producer responsibility (EPR) is an essential element in building circularity. Not only does EPR incentivize better material and product design by manufacturers for further reuse, repair, recycling and/or proper end-of-life disposal; it ensures that those manufacturers with the most knowledge of material specifications and therefore recirculation options, have skin in the game with regards to proper end of life disposal.
Currently, uptake of EPR varies greatly among brands and product types. Some manufacturers of durable goods — such as Armstrong Ceiling Tiles, IKEA and Interface; and Netafim, a maker of drip irrigation tubing — have embraced product takeback and reutilization as part of their service offering to their clients. These firms view EPR as a competitive advantage for both securing resources, as well as helping clients meet their sustainability goals. For harder to dispose of product types such as paint, electronics and syringes, private industry has developed solutions in partnership with government and local retailers to ensure it’s not just taxpayers who are left holding the bill for disposal.

One industry in which there’s been a lack of consensus or cooperation is consumer goods packaging. While the EU has had an extensive producer responsibility and deposit system in place for packaging since the ‘90s; and last year, the UK put forth a new scheme in which businesses and manufacturers pay the full cost of recycling or disposing of their packaging waste; in the US, many consumer goods brands are still fighting against programs and legislation that would help create and fund take-back programs for single-use packaging.

Much of the attention around circular models has been focused on the recirculation of material once it reaches its end of life, and the recycling industry has eagerly touted its role in enabling circularity.

While recycling is, of course, still a critical part of building a circular economy, it’s important to remember that it’s the least value-added process in terms of reducing energy and resource use. To truly enable a circular economy requires more growth in higher-value, upstream concepts that tackle the use and recirculation of products, not just materials. These concepts could include product-as-a-service models, as showcased by Philips’ and Signify’s light-as-a-service models and Michelin’s tire-leasing service. Repair and right-to-repair legislation are also important in ensuring products remain in use for a longer life span. And taking advantage of the internet of things can enable greater transparency in product utilization, with firms such as Cohealo working with healthcare systems to enable tracking and sharing of hospital equipment.

We’ve already gotten dozens of bans in cities around single-use plastics, covering items such as plastic shopping bags, straws and takeout containers. However, in the past few years, city-passed ordinances have been stalling — due to state-level pre-emption laws led by plastics and petrochemical industry groups such as the American Chemistry Council and the Plastics Lobbying Association.

Regardless of industry pushback, there is still plenty of momentum and public demand for more restrictions on single-use plastics (not to mention China’s just-announced, countrywide ban). The next battlegrounds in this war? Public event venues including stadiums are increasingly bowing to public concern, as are festival producers such as Live Nation. And some of the world’s largest hotel chains — including Marriott, Kimpton, Hilton, Caesars and Sandals have commitments to eliminate the use of single-use plastics, targeting plastic straws and toiletry items.

Encouragingly, the future may also include shunning the use of single-use packaging altogether regardless of material type. Blue Bottle Coffee is testing the elimination of single-use cups, even those made of biodegradable plastic, in favor of reusable options — and Starbucks has committed to do the same. The key question for bans and moving to reuse will be whether consumers value sustainability over convenience.

With all of this momentum and much more continuing to emerge, the seeds have been planted for a global transition to a circular economy. Already, there are companies and governments who have embraced circularity’s positioning as a win-win for both business and society. But there are limits to this model. While the adoption of a circular economy will serve to lower our rate of virgin resource use, in the longer run we still need to create an alternative economic system that is not focused on limitless growth in a resource-constrained planet. 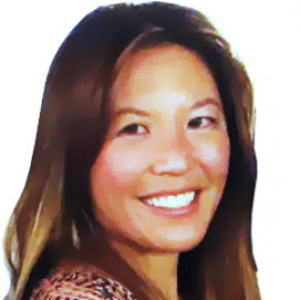 Gina is the founder of the Upcyclers Network, and a passionate advocate for businesses that are creating value from “waste”. The Upcyclers Network was founded to challenge our reliance on natural resource extraction and build a sustainable economy where waste is simply a resource out of place.