Marketing and Comms
Climate Change in the Divided States:
Why Polarization Should Be Sustainability’s Most Important Issue

If we continue to be distracted by our biennial game of political ping-pong, we are unlikely to avoid the most devastating impacts of climate change — unless we fundamentally address the underlying causes of polarization and disinformation as part of our sustainability agenda.

In the past 70 years, the United States has experienced a more intense and continuous rise in polarization than any other western democracy. A shocking study, published over the summer, found 50 percent of respondents expect a civil war in the US and 20 percent felt the use of violence, fueled by political beliefs, was sometimes justified. Two in five US voters are worried about facing violence at the polls tomorrow — yet another frightening marker that we’ve gone far beyond healthy differences of opinion to threats to democracy itself.

Climate change has become one of our most divisive topics. In a year marked by devastating floods, hurricanes, heatwaves, fires and mass climate-related relocation across both red and blue states, climate change is one of the most important issues on the ballot for half of registered US voters. Yet, 29 percent continue to believe human activity has little impact on climate change and 24 percent think it has no effect at all. These views mirror party lines.

If we continue to allow ourselves to be distracted this biennial game of political ping-pong, we are unlikely to avoid the most devastating impacts of climate change — unless we fundamentally address the underlying causes of polarization as part of our sustainability agenda.

Climate didn’t used to be a partisan issue — what happened and why?

We all seem resigned to this partisan, even violent, divide in our country — but it wasn’t always like this. As recently as 1997, Republicans (47 percent) and Democrats (46 percent) agreed that they believed that “the effects of global warming . . . have already begun to happen.” When then-Governor George W. Bush ran for office in 2000, he adopted a strong position on global warming. Three years later, John McCain (R) co-sponsored the Climate Stewardship Act of 2003 with Joe Lieberman (D), which sought to create tradable allowances of greenhouse gases and establish a market-driven program to reduce emissions. The legislation did not pass but was applauded by environmental advocates as a significant step towards the development of a federal climate change policy.

Fear, money, media — and fear and money in media

Several bipartisan, climate-related bills were drawn up the following year; but several trends converged in the 2000s that accelerated polarization, with climate as just one casualty.

The first was a rising fear among politicians of being accused of having “Potomac fever” (shorthand for prioritizing politics above their constituents). Washington shifted from a place where politicians and their families frequently socialized, including across party lines, to one in which representatives rarely spent time together. Today, the two parties don’t even share the same door to the house chamber.

Couple this decline in social capital with Citizens United — the 2010 Supreme Court decision which provided a mechanism for corporations and wealthy donors to fund electioneering. Fossil-fuel companies began to funnel money through front groups, which used it to reward the industry’s friends and punish its enemies. According to a 2020 report by the Senate Democrats’ Special Committee on the Climate Crisis, “bipartisan activity on comprehensive climate legislation collapsed” after Citizens United.

Then, in 2011, the Fairness Doctrine — which required broadcasters to present opposing views when covering controversial issues of public importance — was permanently struck down. This allowed news programs to show only one side of issues, leading to the rise of hyper-partisan programming. Meanwhile, social media was also providing consumers with the comfort of ‘information cocoons’ that distributed only one, partisan side of a story. Platforms introduced their first ads between 2006-2010 and created the sophisticated mechanisms to keep users engaged and view more paid content; their algorithms started pushing one-sided content — because we like content that confirms our bias — as well as an increase in news that elicited partisan fear or indignation, which is particularly contagious and keeps users on the platforms.

Disinformation and our vulnerability to false beliefs

The cultivation of content eliciting fear or anger has been a particularly destructive trend. It raises our collective anxiety at best, stokes violence at worst, and fuels false beliefs via mis- and dis-information. Those most vulnerable to false beliefs tend to mistrust informational sources and/or are socially isolated, looking for a community with similar beliefs. Social media has become rife with predatory behaviors targeting those susceptible to unhealthy false beliefs, including for the purposes of halting climate action.

The sustainability field must address polarization

While the concerning trends in polarization are pieces of core discourse in the US and there are few greater threats to our ability to enable a just and sustainable future, there has been insufficient — if any — response from the sustainability field. The good news is, we know how we’ve gotten here and can make progress on undoing these trends — if we work together.

There is a lot to celebrate in the climate agenda, from the passing of the Inflation Reduction Act to a broad acceleration in climate investment, and it is tempting to think we just need ‘more of the same.’ However, to ensure this momentum can have a lasting difference, we must come together as a sustainability field to address the material barriers of polarization and misinformation — and in the process, undo one of the most destructive threats to society and democracy that we’ve seen in our lifetime.

Forum for the Future
Marketing and Comms 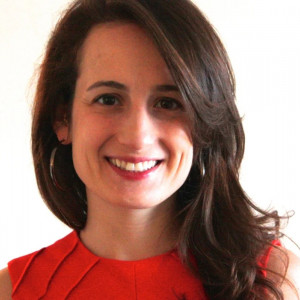