Sustainable Brands
Published 5 years ago. About a 2 minute read.

The video tells the story of Burroughs Family Farm — which grows nearly 1,000 acres of organic almonds in Merced County, in California’s Central Valley — and the family’s decision to make the bold transition from conventional to organic farming practices.

The 2015 crop year will see the Farm’s first 100 percent certified organic almond crop. Burroughs, the senior farmer in the family, now says it’s “the best decision that we’ve ever made in our lives.”

“We made the switch to organics because you cannot improve the health of this world if you’re going to continue to put poisons and toxins on it to produce your food,” Burroughs asserts in the video.

Since going organic, the Burroughs have deployed a whole new set of tools to grow their food, including eliminating toxic chemicals, using hungry organic chickens to help control and fertilize the vegetation in their orchards, creating their own organic compost and using techniques such as groundcover and drip irrigation to help reduce their use of precious water.

Farmers Speak isn’t Clif’s first foray into storytelling to convey the importance of healthy, well-produced food — the company is also a sponsor of the PBS series, “Food Forward,” which highlights “food rebels” including farmers, ranchers, chefs, scientists, teachers and fishermen in more than 50 US communities who are part of a rising urban agriculture, building local food systems and contributing to a cleaner, more sustainable economy.

CHEMISTRY, MATERIALS & PACKAGING
Meet 5 More Disruptors That Could Transform Fashion as We Know It

MARKETING AND COMMS
12 Amazing Documentaries on Sustainability, Regeneration That You Now Have Time to Watch

THE NEXT ECONOMY
Back to the ‘50s: Predictions for a Post-Coronavirus World

THE NEXT ECONOMY
Report: We Must Move Beyond Plant-Based Products to Ensure Sustainable Food Future
Advertisement 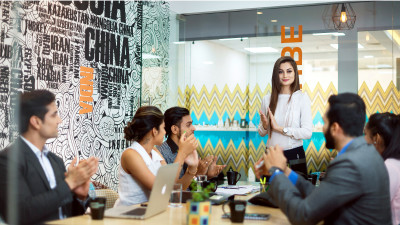 ORGANIZATIONAL CHANGE
Win Inside to Win Outside: Why Company Culture Is Key to Accelerating Your Sustainability Goals 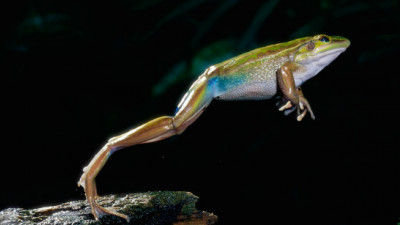