Oakland-based startup MeliBio has created the world's first vegan honey — molecularly identical to the bee-made version, but a delicious and sustainable alternative that supports bee biodiversity.

Bees are essential to human survival — which is responsible for roughly 80 percent of worldwide pollination, which is fundamental to maintaining global biodiversity and a majority of our food production.

While there are thousands of species of bees, honeybees are understandably the most popular — due to the delicious byproduct of their foraging. The demand for honey has grown over the years — the industry is valued at $8.17 billion and expected to reach $14 billion by 2025. Unfortunately, such a focus on the health of one species has put the others at risk; high densities of commercial honeybee colonies have increased competition between native pollinators for forage, putting even more pressure on the wild species that are already in decline — and thus, threatening the stability of our natural ecosystems. Over 20,000 wild and native bee species are endangered due to the effects of climate change and the rise of commercially farmed bees as an invasive species — with a staggering 90 percent decline in the world’s bee population in recent years. Managed bees are further adding to this decline by spreading and intensifying diseases in wild bees.

Still, factors including pests, climate change and pesticides are also contributing to colony collapse disorder — which has seen billions of worker bees, critical to the operation and survival of a colony, leave behind their hives and their queen — in honeybees, as well; studies estimate a 30 percent decline in honeybee populations each year since 2006.

With global bee populations dwindling, honey manufacturers are now facing a highly volatile and unpredictable supply chain. While startup innovators such as Beewise are working to help reverse the decline in honeybee populations with AI and robotics, another is working to take the pressure off of honeybees in a totally different way — Oakland, California-based startup MeliBio has just developed the world's first bee-less honey.

Much like innovations from companies such as Perfect Day — which aims to give dairy cows a rest with its fermented whey protein that’s molecularly identical to that found in milk, without a cow in sight — Melibio’s fully plant-based, fermented breakthrough (which is identical to honey in taste and nutritional value) could take a significant amount of pressure off beekeepers and honeybees to keep up with the global demand of honey, whilst safeguarding the thousands of other native bee species negatively impacted by the industry.

“We need all of our bees to thrive, because bee biodiversity directly affects the sustainability of our planet,” Darko Mandich, a European honey industry veteran and now co-founder and CEO of MeliBio, told Sustainable Brands®. “MeliBio is making bee-free honey using a novel process, marrying nature and science to mimic what bees are doing in nature and create animal-free products that match bee-made ones, on a molecular level. Growing this industry to meet current and future demands through science helps to give bees a break whilst also supporting them to thrive and keep our planet pollinated.” 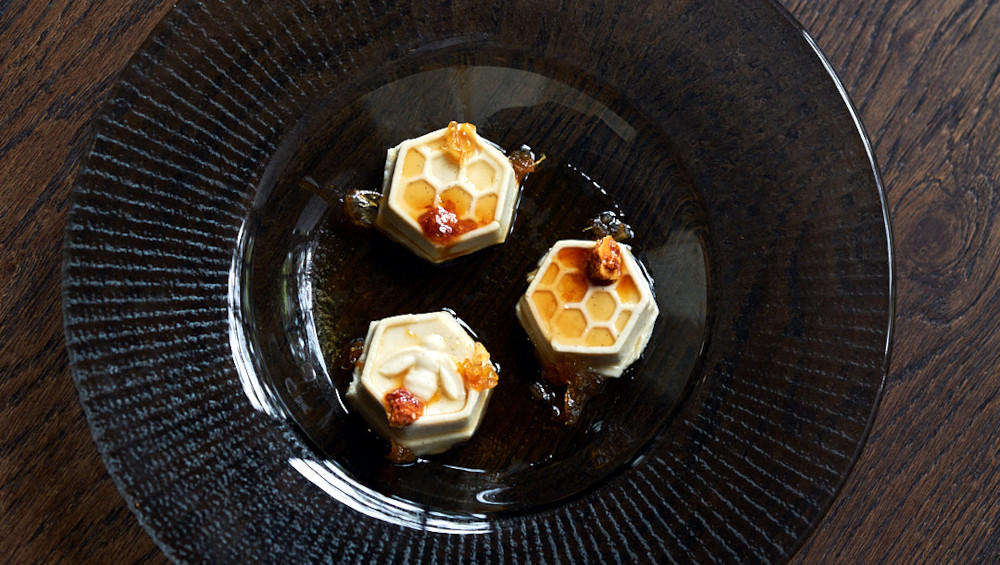 Mandich says sustainability was at the forefront of the development of its bee-free honey, followed by industry concerns about quality and authenticity of the product: Honey has been found to be the third most-faked food, behind milk and olive oil. Fake honey has adverse effects throughout the value chain — affecting beekeepers, honeybees and consumers. Another advantage: In addition to being vegan, MeliBio’s lab-made version doesn’t contain Clostridium bacteria — a toxin found in honey that makes it unsafe to eat for new mothers and babies.

“Our planet is struggling; and we need to reinvent many industries and products that we rely on. There is a great opportunity for humankind to leverage all the knowledge we have been generating to create a world which can serve us and future generations. Sustainability is the name of the game; and breakthroughs drive us into a sustainable world,” Mandich asserts.

The vegan honey (which Bon Appetit attests “tastes like the real deal”) is already exciting the food, beverage and cosmetics industry — with more than 50 companies from around the world on the waitlist for its official launch next year.

“Our bee-free honey works perfectly in various culinary applications,” Mandich says; so, MeliBio is first focusing on partnerships: It has collaborated with Michelin-starred restaurant Eleven Madison Park in Manhattan; and plant-based eateries Little Choc Apothecary and Butcher’s Daughter in Brooklyn, and BAIA in San Francisco.

As buzz continues to build ahead of its wider launch, the CEO says MeliBio is in discussions with many CPG companies in the US and Europe — it recently announced a partnership with Narayan Foods to bring MeliBio’s plant-based honey to shelves in 75,000 European stores under the company’s Better Foodie brand — and “we look forward to announcing more partnerships soon.”