Supply Chain
The Art of Failure:
Lessons for Brands from the Bottom of the Pyramid

You see, I’ve failed a lot. In small ways, in big ways and in high-profile ways that would make you ask ‘what on earth was he thinking?’ But I don’t see failure as a bad thing.

At Windward, we pride ourselves on our failures every bit as much as our successes. Failure means we’re doing something that’s hard, that’s different, that brings high risks but higher rewards. Failure is hardwired into our organisation alongside too many air miles and drinking more coffee than we should.

The problem is, the word 'failure' doesn’t look good on paper. Who’d want to hire or invest in a failure, let alone ask one to help build FMCG supply chains in some of the world’s most difficult regions? We’re a successful company with a long-standing reputation and it’s still not a terribly good idea to admit to failure. But in our experience, success in international development won’t come without embracing it.

It’s not that we want to fail. But if you’re doing something as risky as building a new consumer brand, you should expect to fail; everyone should. After all, more than 75 percent of new grocery brands do and that’s under the best possible conditions — in markets with finance readily available, efficient supply chains, clear regulation and so on. The landscape we operate in is much more challenging. We’re sourcing from thousands of smallholders in huge geographies and trying to make intellectual property protection, quality controls and distribution work in places where often not much does.

But we create real social impact by working with fragile, high-cost supply chains in high-risk regions in a sector that is intrinsically risky, anyway. If we weren’t failing some of the time, you’d worry that we weren’t being entirely honest.

All of this takes time and that’s not on your side in international development. Projects often run for five years; after a year working out priorities at the start and a year justifying the money spent at the end, that leaves three years. But it can take five years to see meaningful returns on investment in some of the markets we operate in. A large proportion of development projects are almost guaranteed to fail; all of which is why we expect, and plan for, failure.

At Windward, we focus on setting up supply chains and brands, and getting products sourced from smallholders onto shelves. It’s hard, but it’s effective. It also sometimes fails. In fact, we’ve become so good at managing failure, we now categorise it in three ways:

In 2012, we developed a portfolio of mass-market brands in the Zimbabwe honey and chilli industries. The brands source from smallholders and sell to supermarkets in regional markets with the added value shared back down the chain with producers. Our brands have supported our manufacturing partners at a time when most of its peers have gone under. The problem is that, due to the ongoing economic collapse in Zimbabwe, we’ve had to reinvest every cent made into supporting them. The brands are still on the shelf, so it’s a success in terms of impact — but a failure in terms of return on investment.

Another one of our investments looked to establish a low-carbon, low-cost pineapple supply chain from Africa to EU supermarkets by removing the crowns from the fruit to use as fertiliser. This was a more traditional failure: Quality issues at source meant we had to halt the project after six months. Our hard-nosed commercial director — who I overruled for the first, and last, time on this — still mocks my idea of replacing the pineapple crowns with a branded paper substitute in supermarkets. I still think it would have worked.

In the Caribbean, we have a joint venture with the public sector that now sells half of the sugar produced in Barbados direct to retailers around the world as a branded product. We pay three times the world price for the sugar we buy and have delivered millions of dollars to the industry. It’s now a real success but, initially, ultra-premium pricing and branding painted the company into a niche without the scale to make either an impact or a profit. This resulted in significant losses during the first years of operation. Recognising this allowed us to change the model and succeed in a highly competitive global market.

Come to think of it, all of our successes have incorporated an element of failure — which is why it would be better for business, and for everyone involved, if we were all a little more honest about failure and a little less paralysed by the fear of it. 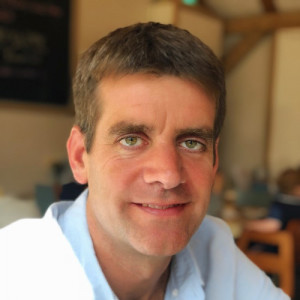