In a major move towards sustainability for one of the world’s largest purchasers of palm oil, Unilever on Tuesday announced that all of the palm oil it buys globally will be traceable to known sources by the end of 2014.

The company says it purchases roughly 1.5 million tons of palm oil and its derivatives annually, which represents about 3 percent of the world’s total production, for use in products such as margarine, ice cream, soap and shampoo.

Unilever says its progress has been made possible by the commitment and efforts of a number of its strategic suppliers. The company pledges to continue to engage with its suppliers, NGOs, governments, end users and other industry stakeholders to develop collaborative solutions to halt deforestation, protect peat land, and to drive positive economic and social impact for people and local communities.

“Market transformation can only happen if everyone involved takes responsibility and is held accountable for driving a sustainability agenda,” said Marc Engel, Unilever’s Chief Procurement Officer.

In 2004, Unilever played a key role in establishing the Roundtable on Sustainable Palm Oil (RSPO), which promotes the production and use of sustainable palm oil. The company also has had a heavy hand in RSPO’s development into a credible institution and standard. RSPO includes such brands as McDonald's, Dunkin’ Donuts, Starbucks, Nestlé, P&G and General Mills.

Palm oil is used in roughly half of all consumer goods, and often results in the cutting down and burning of surrounding rainforests to make room for oil palm plantations, which releases greenhouse gases that exacerbate climate change. About 85 percent of palm oil is grown in Indonesia, Malaysia and Papua New Guinea on industrial plantations that can have severe impacts on the environment and forest peoples.

Earlier this year, RSPO came under fire from WWF, which claimed that only 38 percent of the palm oil production by RSPO members is certified sustainable. WWF based its analysis on data compiled by the RSPO in 2012 for its Annual Communication of Progress, evaluating member producers on several criteria such as whether members have reported progress, set time-bound certification plans, disclosed palm oil production numbers and how much of it is certified as sustainable. 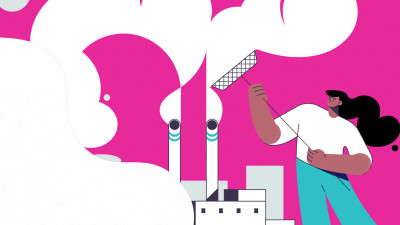