Walking the Talk
2022 Is the Year of Net-Zero Integrity

All net-zero commitments are not made equal. 2022 must be the year of authentic climate action — and for that to happen, net-zero strategies must rise to their full potential as a tool to combat climate change.

2021 saw the rise — and fall — of excitement around net-zero commitments. A record increase in the number of commitments by companies to reduce their greenhouse gas emissions to zero via a combination of emission reductions and carbon offsets was soon met with a skeptical backlash, as the scientific and activist communities began to question how businesses would meaningfully reduce their emissions enough to halt or slow climate change.

If 2021 was the year of net-zero backlash, 2022 could be the year of redemption — but only if companies strengthen the rigor of their commitments.

All net-zero commitments are not made equal. Without a standard definition of what net zero means, companies have interpreted the mandate in different ways.

As a result, too many net-zero commitments are relying too heavily on offsetting emissions, rather than reducing them. A recent analysis from the Net-Zero Tracker — a global initiative that benchmarks net-zero commitments — found that almost 43 percent of the world’s largest 632 publicly traded companies plan to use carbon credits as part of their climate strategy; and two-thirds of these companies do not specify how they plan to use carbon credits.

Carbon credits have a limited role to play in net-zero targets — the key to achieving net-zero emissions is reducing emissions, not offsetting them. Without a significant commitment to decarbonization, companies run the risk of failing to achieve the “zero” part of net zero. Companies that claim net-zero status by offsetting their emissions without fully decarbonizing compromise the integrity of the net-zero concept and risk jeopardizing their reputation with a weak net-zero target.

Overreliance on carbon offsets isn’t the only pitfall of many current net-zero commitments — many are not accompanied by interim targets. Companies are making commitments to stop adding emissions to the atmosphere in 20 or 30 years, but they haven’t set emission-reduction targets along the way. That creates the real possibility that the significant emissions reductions needed would be delayed until 2040 or 2050 — meaning that those reductions could come too late to avert the worst of the warming. Another major issue is that some targets also exclude emissions from the company’s value chain — or Scope 3 emissions — leaving out the majority of emissions for many companies. And because there is currently no standard for progress reporting, many more still lack accountability on whether they are on track to reach any of their targets.

This spotlight on net-zero commitments has made the biggest problem with net zero crystal clear — that there's never been an agreed-upon definition of what net-zero emissions actually mean in practice.

But new guidance released at the end of 2021 can clear up confusion and pave the way for net-zero integrity. With the release of the Science-Based Targets initiative’s Net-Zero Standard last year, there is now alignment on what constitutes a valid net-zero commitment. The Standard requires companies to set near- and long-term science-based targets for cutting their emissions in line with keeping global warming to under 1.5ºC and to include 90 percent of their scope 3 emissions in their net-zero goal, addressing concerns around greenwashing. The Standard also requires companies to achieve deep decarbonization of 90 to 95 percent before 2050, with the Ceres Roadmap calling on companies to meet those goals by 2040.

Companies now have the guidance they need to deliver on the net-zero commitments that are part of their core strategies for addressing the climate crisis. To help them meet the urgency of the moment, Ceres last year launched Ambition 2030, an initiative focused on decarbonizing entire sectors, starting with the six highest-polluting — banking, electric power, food, steel, transportation, and oil and gas. The initiative is focused on generating ambitious and transparent climate commitments and robust transition action plans — while also holding companies accountable to achieving interim emissions-reduction targets. In 2022, Ceres hopes to see strong commitments and action from key companies, including addressing some of the common net-zero pitfalls.

2022 must be the year of authentic climate action — and for that to happen, net-zero strategies must rise to their full potential as a tool to combat climate change. 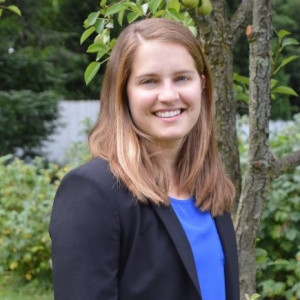