We are America's leading marketing communications firm focused entirely in the sustainability/ESG space. We exist to create a market advantage for the organizations that are creating a sustainable, equitable future

The Widening Attitude/Behavior Gap: The Curse of an Improving Economy? 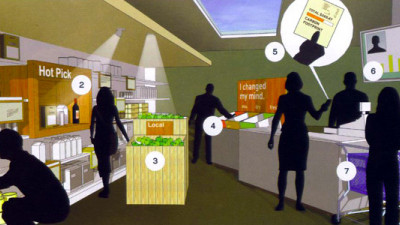 8 years ago - Socially and environmentally conscious attitudes are gaining ground, but corresponding purchases and behaviors are stagnant or heading south — and the rebounding economy may be the culprit. That’s the latest finding from Shelton Group’s seventh annual Eco Pulse™ study, released this week. Eco Pulse polls American consumers each year to track shifts in their attitudes, purchases and behaviors related to sustainability. 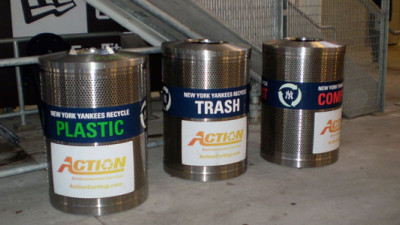 8 years ago - A new survey by the Shelton Group found that nearly one-third of Americans would be more likely to attend a game or concert if the stadium recycled and composted, and one in five say they would buy more food and beverages during the event.A significant number of fans care about the environment, and they’ll vote with their feet - and their beer cups,” said Suzanne Shelton, CEO of the Shelton Group.

Give the People What They Want — Start Selling 'Better' 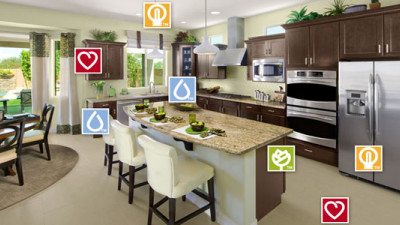 8 years ago - Our annual Eco Pulse study will be out later this month, and we’ll start blogging about what we found over the next few weeks. One consistent theme that we see in this study and last year’s Energy Pulse is this:People want better.They don’t want to feel guilty about how they should do the right thing for the environment, they don’t want to feel scared about the state of the planet, and they don’t want to be told they’re wrong for wanting what they want.

Education Doesn't Change Behavior? I Might Have Been Wrong. 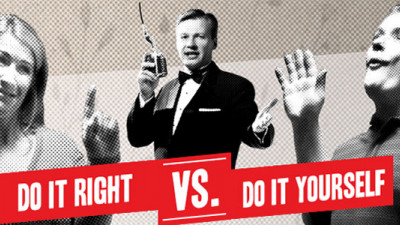 8 years ago - If you’ve heard me speak at a conference, you know there’s a point in the presentation where I typically say, “Don’t try to educate your audience into changing their behaviors.” Then I ask the audience to raise their hands if they can think of at least one thing they know they should do on a daily basis to be healthier but that they don’t do. Nearly every hand goes up, and I say, “See, knowing a thing doesn’t mean you’re going to do a thing.”But I might be wrong. 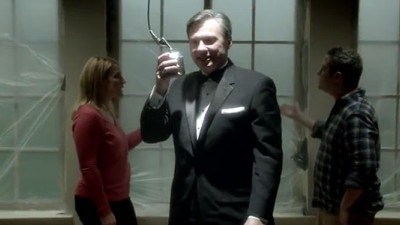 8 years ago - Shelton Group, known for its 2011 “Wasting Water Is Weird” campaign, has set its sights on helping consumers understand and improve energy efficiency in the home through a series of campaigns, partnerships and interactive tools. We spoke with CEO Suzanne Shelton about their impacts to date, the “holy grail” of consumer engagement, and the missing ingredient for doing it effectively.Tell us about your "Do 5 Things" (aka Fiveworx) platform — when and how was it developed? How is it different from other tools for engaging people in energy efficiency? 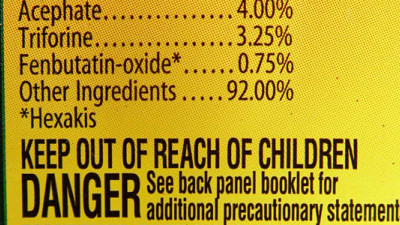 8 years ago - At Shelton Group we’ve been polling Americans regularly for nearly a decade to understand their attitudes and behaviors related to energy and the environment so we can best help our clients define and leverage their sustainability stories. Until late last year our studies were consumer-focused, though much of our client work is actually on the business-to-business side. So late last year we fielded our first-ever B2B Pulse study to better understand the role sustainability plays as business decision-makers are making purchasing decisions.

From CEOs to purchasing managers, business decision makers are people, too

8 years ago - January 21, 2014 – A recent study found personal belief drives business decision makers as much, if not more than stated corporate sustainability goals and objectives. And, while some are driven by their own personal commitment, owners and CEOs, overall, are not sold on sustainability as a competitive advantage.

9 years ago - KNOXVILLE, Tenn. – A recent study reveals that when it comes to making energy- efficient upgrades to their homes, Americans just don’t think it’s worth it. The study, conducted by Shelton Group, shows that 26 percent of Americans say they prioritize energy-efficient home improvements over aesthetic ones, yet projects planned for the near future indicate higher propensity for remodeling kitchens and baths than for energy efficiency improvements like adding insulation or replacing HVAC units. 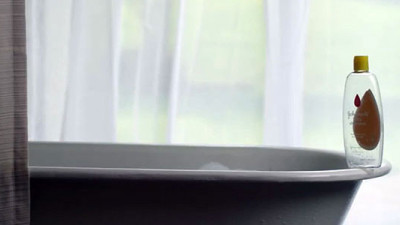 9 years ago - While 7 out of 10 Americans say they always or almost always recycle, apparently a scant 1 in 5 consistently recycles bathroom items, according to a report commissioned by the Johnson &amp; Johnson Family of Consumer Companies.To encourage consumers to be more mindful, Johnson &amp; Johnson has launched Care to Recycle™, a recycling campaign that begins with a gentle reminder to recycle more items from the bathroom. It is the first recycling awareness campaign of its kind to be hosted exclusively on Tumblr.

Why You Can’t Fight Fear with Facts 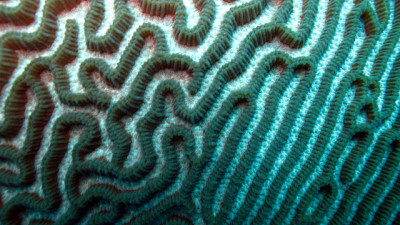 9 years ago - The field of environmental sustainability is fraught with emotional issues: climate change, water shortages, population growth, food purity, animal extinction … the list goes on and on.These complex issues are intricately entwined with national economics, social mores, political and religious beliefs and fear.Clients are always asking us to develop “education” campaigns to change attitudes or behaviors, thinking (logically) that if people only understood the facts, they’d change their behavior.

9 years ago - KNOXVILLE, Tenn., August 13, 2013 – Shelton Group, the nation’s leading marketing communications firm entirely focused in the sustainability and energy efficiency sectors, announced today that its next webinar will focus on sustainability as both an offensive and defensive business strategy. “Our Eco Pulse™ 2013 survey found that 48 percent of Americans say a company’s environmental reputation is important to their purchase decisions,” said Suzanne Shelton, CEO and founder of Shelton Group. “To that end, telling your company’s corporate sustainability story has both risks and benefits, and without understanding those fully, you might not be able to make the right decisions about allocating your resources.”

Case Study: How We Changed the Behavior of Littering 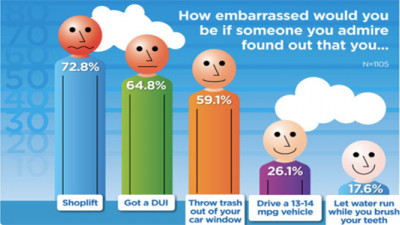 9 years ago - Over the last few years, Shelton Group’s Pulse studies have tracked a decline in concern for several environmental issues — hypothesizing that some issues (such as climate change) have become highly politicized and that the country’s declining economy has given Americans more immediate worries to focus on. One environmental issue that has definitely bucked this trend is trash.In our Green Living Pulse™ study, throwing trash out of the car window was the only environmentally related behavior that a majority of Americans (63 percent) would be very embarrassed to get caught doing.

How to Jump-Start Behavior Change Around Energy Conservation 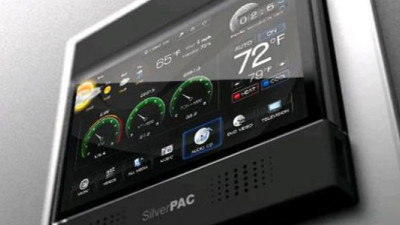 9 years ago - For many years of Pulse studies, when asked who they most blame for rising energy costs, respondents have said they most blame either 1) oil companies or 2) the U.S. government — with utilities much farther down the list. 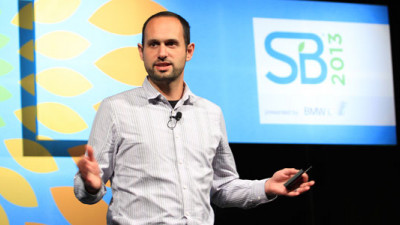 9 years ago - There was hardly an empty seat in the house for Jonah Sachs’ “crash course in masterful storytelling.” Attendees learned the history of oral tradition and why humans have used stories to take in and share information for thousands of years. Sachs shared a five-part strategy to telling stories that get shared and let everyone in the room practice telling their own stories using characters and morals that illustrated underlying core values. The session concluded with examples of successful story-based marketing campaigns, brand gifts and an overview on brand archetypes. 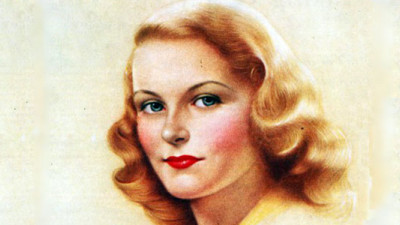 9 years ago - Brands have the potential to disrupt the status quo and promote behavior change. They certainly have a history of doing so. One of my favorite examples is the way that shampoo brands have changed the way we care for our hair over the past 100 years.

Welcome to Our Issue in Focus on Driving Behavior Change 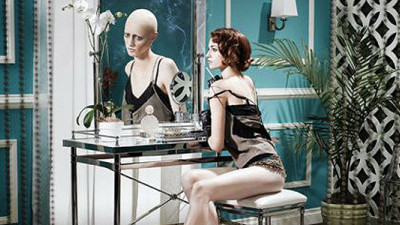 9 years ago - It’s my great pleasure to welcome readers and contributors to this month’s Issue in Focus on Behavior Change.At Shelton Group, our purpose is to help companies define and leverage their sustainability commitments to gain a market advantage. 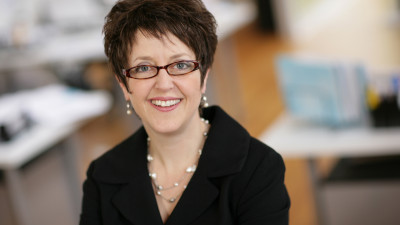 9 years ago - KNOXVILLE, Tenn., May 30, 2013 – Shelton Group, the nation’s leading marketing communications firm entirely focused in the sustainability and energy efficiency sectors, announced today that Suzanne Shelton will be presenting at Sustainable Brands for the third year in a row. At this year’s conference, held June 3-6 in San Diego, she’ll lead a session called Storytelling for Organizational Engagement: Selling Sustainability Internally. Shelton will present alongside Jeff Rehm, Corporate Sustainability Manager with Grainger, the world’s largest maintenance, repair and operations (MRO) company and Rob Zimmerman, Manager--Engineering, Water Conservation, and Sustainability at Kohler, the global leader in kitchen and bath products. The session will be held Thursday, June 6 at 2 PM.

Lee Ann Head to Present The Power of Purpose 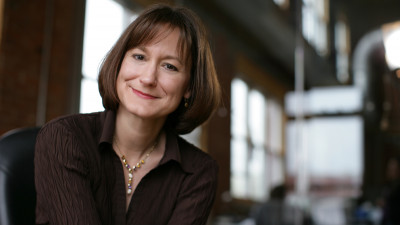 9 years ago - KNOXVILLE, Tenn., May 30, 2013 – Shelton Group, the nation’s leading marketing communications firm entirely focused in the sustainability and energy efficiency sectors, announced today that Lee Ann Head, Vice President of Research at Shelton Group, will present parts of the firm’s latest Eco Pulse findings at the Sustainable Brands conference, held June 3-6 in San Diego. Titled, The Power of Purpose, Head will discuss Shelton’s findings, while tying them to how companies can better connect with the green consumer.