Companies getting into the gold rush of the metaverse can, like many before them in burgeoning industries, put profit first with little thought to the implications on society. Rarely have we been able to proactively factor in brand purpose and ESG planning into the early stages of an industry; and we have the unique opportunity to get it right this time around.

Over the past year, I’ve commiserated with other parents like me who some days feel hopeless and frankly a bit terrified about the impacts of the virtual world on our children. At the beginning of the pandemic, the worries we already harbored about the negative consequences of screen time on young people were exacerbated and often validated. As we near a third year of COVID in our communities — and continued daily uncertainty around getting to and staying in school — I’ve watched my own preschool-age children both get more comfortable with virtual circle time and enjoy fewer in-person birthday parties, playdates and trips to the library.

Meanwhile, we’ve watched millions of students fall behind around the world and the mental health of the next generation continues to suffer due to isolation, uncertainty and fear. As kids live more of their lives online, they may face increased risks of bullying and unwanted behavior. Alarmingly, hate between young people in online chats rose 70 percent during lockdowns. All around us, previous staples of the childhood experience have been thrown into question — with youth sports on the decline and many extracurriculars on the backburner as the education system feels the weight of rapidly changing priorities and unpredictability.

With all of this as a backdrop — as if it weren’t enough — the boom of the metaverse is upon us. While we do have the opportunity to shape what it will become, many companies getting into the gold rush of the metaverse will, like many before them in burgeoning industries, forge ahead on this present-day Oregon Trail, with little thought to the implications on its users. Consciously building the foundation of the metaverse is a collective responsibility; but, as is true with many industrial and cultural shifts, the corporations leading the charge will ultimately determine what shape it takes.

Innovative companies leading the gold rush could be a good thing, but only if they deliberately and consistently make decisions that are aligned with their stated Purpose — or reason to exist beyond making money — and seek to proactively identify and mitigate environmental, social and governance (ESG) risks in taking new products and services to market. This is a chance for business leaders to think “outside-in” versus “inside-out” — how do we find purpose in this evolved industry? Brands can ask, “What does this next version of the internet need, and what can we uniquely provide?" This will help companies operate with both profit and purpose in mind, which will in turn drive more sustainable contributions to the metaverse.

Rarely have we been able to proactively factor in brand purpose and ESG planning into the early stages of an industry; and we have the unique opportunity to get it right this time around. As business leaders and consumers, we must do better than watch history repeat itself. Already, we are seeing issues emerge in the metaverse — from data privacy/security and IP protection, to accessibility and the environmental footprint of hardware infrastructure.

In short, the metaverse refers to the evolution of the internet. What will the internet become next? This question should be worrisome and of interest to all of us, collectively, on its own. But if we needed more reason to pay close attention to the metaverse’s potential, it’s the fact that we’re already living in it. Roblox, for example, is a leading gaming community that sees nearly 50 million people visiting its app each day. Roblox is just one such community, with others on the rise — so, gamers and social media users alike are already dabbling in the metaverse, whether they realize it or not.

Is the world ready for the next phase of the internet? Researchers have only scratched the surface when it comes to understanding the potential harmful effects that internet platforms, such as social media, have had on young people and our culture. Experts are still exploring, for example, whether social media negatively impacts teens’ cognitive development and psychological wellbeing. According to the American Psychological Association, “growing up with digital technology may be changing teen brain development in ways we don't yet know.” Of course, the virtues of social media are many; but we’ve only begun to consider and address its flaws.

This is not to suggest that brands shouldn’t capitalize on business opportunities in the metaverse, but rather that the gold rush cannot be pursued at any cost. Now is the time to encourage the brands building the metaverse to articulate how they will fulfill their brand purpose and put in place ESG guardrails, proactively, to avoid the pitfalls that have plagued other industry leaders who moved too quickly to capitalize on opportunity at the expense of people and the planet.

Recent analysis suggests that “the ‘market opportunity’ for bringing the metaverse to the mainstream may be worth over $1 trillion in the next few years.” On cue, major tech companies and other brands across sectors are mobilizing to capitalize. Just look at Microsoft’s $68.7 billion takeover of gaming studio Activision Blizzard (Call of Duty, Halo, Candy Crush), “creating the building blocks for the metaverse”; or Facebook’s rebranding as Meta Platforms, Inc — followed by its jaw-dropping investment in virtual reality hardware. Meanwhile, Nike just scooped up a virtual shoe company, RTFKT, which last year netted over $3 million after selling 600 pairs of virtual shoes in just six minutes.

But there’s already a dark side; and some early risks that have been identified in this ‘next stage’ of the internet. Another recent example among many: According to NBC News, “researchers with the Center for Countering Digital Hate (CCDH), a nonprofit that analyzes and seeks to disrupt online hate and misinformation, spent nearly 12 hours recording activity on VRChat, a virtual world platform accessed on Meta’s Oculus headset. The group logged an average of one infringement every seven minutes, including instances of sexual content, racism, abuse, hate, homophobia and misogyny, often with minors present.”

These troubling behaviors are also prevalent in the real world, but they can be amplified on the internet. As a society, we are facing the loss of connection and isolation due to the still-changing, COVID-rocked landscape. As humans, we’re built to seek connection with other people — and we know inherently that connection and relationships are key to happiness. Yet, we haven’t quite figured out this balance in the current iteration of the internet — much less in its next incarnation.

The key question we must address before we go any further into the metaverse is: How do we form healthy digital habits that help strengthen both real-world and digital connections? This will be an essential challenge for brands to address as they straddle the line between promoting more screen time and the pitfalls that will undoubtedly follow.

So, what questions should we be asking of industry leaders such as Nike, Microsoft and Meta?

A core component of Nike’s brand purpose — the reason it exists beyond making money — is “getting kids moving” and building “an active next generation.” In fact, the three pillars of Nike’s Purpose platform are People, Planet and Play — and, according to its website, “Nike invests in play and sport for all kids, because an active next generation means a healthier and more equitable future.” As the company embarks on its journey into the metaverse, Nike can proactively think about how it will straddle both worlds:

According to Microsoft’s corporate responsibility website, the company has “an enormous opportunity and responsibility to ensure the technology we create benefits everyone on the planet, as well as the planet itself.” It also articulates the company’s commitment to building technology that “can and must benefit the future of humanity and our planet.” Microsoft’s latest CSR report says, “We recognize privacy as a fundamental human right and work to preserve our customers’ ability to control their data and make informed choices to protect their privacy.”

Meta, of course, has yet to fully address lingering concerns for Facebook around privacy and security, cyberbullying and the spread of misinformation. Now, as it spearheads the gold rush into the metaverse, the company also faces myriad additional challenges rattling shareholders — and is already reportedly dealing with workforce disruption for its 68,000 employees.

Thankfully, there’s both a history lesson and cautionary tale for companies wading into the metaverse’s unknown waters. Take oil and manufacturing, for example. The Coalition for Environmentally Responsible Economies (CERES) principles, which became the de facto guide for environmentally sustainable business practices, were created following the 1989 Exxon Valdez oil spill — one of the worst in history in terms of environmental damage and impact to the local economy. Similarly, the Fair Labor Association’s workplace code of conduct followed public outcry around sweatshop conditions in apparel manufacturing. Both the Ceres and FLA principles, though voluntary, formed the foundation for many companies’ early efforts to mitigate the negative social and environmental impacts of doing business. Today, oil and manufacturing companies continue to face ESG challenges, because their businesses were not planned with environmental and social impact in mind. Similarly, social media companies only began tackling critical issues such as cyberbullying, misinformation and hate speech when pressure from users and governments began to escalate.

With all of this “ESG hindsight” to learn from, companies must act now and boldly to take advantage of the opportunity for purpose leadership in the metaverse. There are already some emerging, encouraging efforts underway by organizations such as the Institute of Electrical and Electronics Engineers, the Spatial Web Foundation and the CCDH to evaluate and manage some of the early risks.

However, the rate of risk-mitigation efforts must match the pace of growth of the metaverse. We should coalesce sooner than later with a broader set of stakeholders to set an industry standard and expectations for corporate conduct in the metaverse. Leveraging the Responsible Business Alliance and organizations such as Ceres, FLA, BSR and other ESG leaders — along with experts in internet issues and related topics such as data protection, privacy, cyberbullying, safety, and youth mental health — would be an excellent place to start a dialogue around the risks associated with the next phase of the internet. 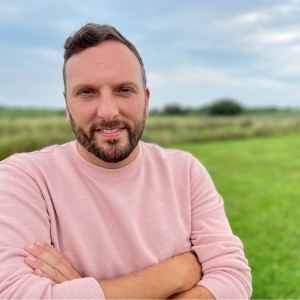 Aaron Pickering is EVP and Global Head of Purpose at creative consultancy Headstand, and Adjunct Professor at George Washington University.