Marketing and Comms
How Companies Brought Attention to the Pollinator Decline

Sophie Komornicki
Published 5 years ago. About a 5 minute read.

In the lead-up to National Honey Bee Day (August 19), I was inspired to take a look at brands’ recent efforts to ensure the health and stability of our tiny pollinator friends. In the past few years, we have seen a host of organizations garnering attention for the issue, first with research and later, amped-up efforts with highly visible, consumer-facing campaigns to bridge the awareness gap. While some of the early efforts focused on education, the severity of the bee decline issue – which poses a threat not only to agricultural sustainability and food security, but to ecosystem health and biodiversity as a whole – it soon became apparent that raising awareness was not enough.

In 2014, the White House stressed the economic challenge posed by declining pollinator populations, citing that honey bees contribute more than $15 billion to the United States economy. In an effort to work toward a solution, president Obama communicated a federal strategy for 2015 to promote the health of honey bees and other pollinators. This message was nothing new to scientists and beekeepers, but even they felt the action was not enough - the issue needed to be addressed on a larger scale.

Coincidently, I began tuning into the buzz around bees shortly after Obama’s announcement and established my first hive to help the cause. What started out as an odd hobby soon became a popular talking point with friends and even strangers who began sharing clever, eye-catching campaigns - such as Cheerios’ giant beehive billboard (2015) from General Mills - with me.

Unsurprisingly, food companies were some of the first to publicly take up the cause, connecting their mission of delivering honey, produce and dairy products with the inevitable effects the honey bee decline would bring to the industry. In 2013, Whole Foods began educating consumers about the widespread effect pollinators have on food availability by removing all produce that came from plants dependent on honey bees from its store in University Heights, Rhode Island – which amounted to 52 percent of its normal product mix disappearing from store shelves. But Whole Foods’ honey bee support is more than just a PR play: The grocery chain is walking the talk and ensuring consumers have access to bee-friendly products by collaborating with supplier partners such as Almond Breeze, which plants diverse flowers around their almond orchards; and Cascadia Farms, another General Mills brand, which practices organic farming.

Häagen-Dazs’ (yet another General Mills brand) support also started long before anyone was tweeting about the bees. Since 2008, the company has teamed up with leading research facilities to donate more than $1,000,000 to honey bee research. Acknowledging that saving the bees is more than a fad, in 2017 the company rolled out a new virtual reality experience to help consumers connect with and better understand the humble bee. By harnessing new tech for activations such as this one, Häagen-Dazs has the potential to engage new audiences around the issue.

But as the link was made between bee decline and certain chemical pesticides, called neonicotinoids, the issue also sparked action against companies who produce and carry them: In 2014, home and garden giants Lowe’s and Home Depot became the target of activist action demanding they stop selling the pesticides; that year, Home Depot joined a host of home and garden chains to do so, and Lowe’s followed suit in 2015.

Providing consumers with solutions is key to getting them involved and spreading the message. Allowing consumers to be part of the solution, whether the act is taking a selfie, buying bee-friendly foods or even prompting changes in your product mix, will drive interactions with your brand as well as the issue.

For other companies aiming to shed light on social or environmental issues for their consumers, looking to the above examples provides great lessons learned: leveraging authentic ties to the business and implementing carefully crafted campaigns and strategies will help drive true engagement and impact. And you may just inspire a consumer to take up beekeeping. 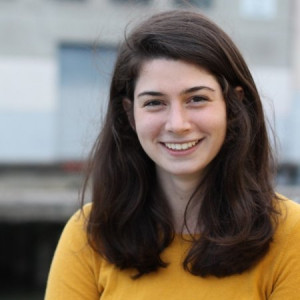 As marketing associate at Cone Communications, Sophie tracks trends and works to create informative and timely content to help solidify Cone as a CSR thought leader. She has aided with the creation of Cone’s industry-leading research and helped bring the insights to life via speaking opportunities and conference sponsorship. She also manages all things digital for the agency including Cone’s social media.