The US Farmers & Ranchers Alliance (USFRA) has released a new short film that highlights farmers’ role in the fight against climate change. Despite uncertain economic times, farmers are front and center as the agents for change in “30 Harvests.”

“The next 30 years are the most important in the history of agriculture. Food production will need to increase by 70 percent to feed the world by 2050. How do we nourish a growing population while our farmable land is shrinking?” said USFRA CEO Erin Fitzgerald. “’30 Harvests’ captures the passion and hope that our farmers have in providing a dependable source of healthy food while addressing economic and environmental concerns for current and future generations.”

The docudrama follows the stories of farmer Jay Hill of Dell City, Texas; and farmer and soil scientist Meagan Kaiser of Bowling Green, Missouri. In the short film, they articulate the challenges farmers face while embracing the opportunity to meet the increasing demands for food, and ultimately help solve one of the greatest challenges of this generation: climate change.

“As farmers, we need to let the world know that we’re on the front lines of climate change,” Hill says. “If you think that we’re not scared of a changing environment, then you’ve got it wrong.”

30 harvests represents the crop cycles left before 2050, the year the global population is expected to be 9 billion people. According to the American Farmland Trust, the US loses 175 acres of farmland every hour, mostly to urban encroachment. And the effects of climate change are already being felt — with increases in average temperature, extreme heat conditions, heavy rainfall, droughts and extreme weather events contributing to excessive runoff, flooding and soil erosion, loss of soil carbon, and reduction of the availability and quality of water.

However, agricultural soils have the capacity to capture and store carbon, making every acre of farmland more important than most ever believed, and putting farmers and ranchers in a position to be the change-makers. Recognizing this, Indigo Agriculture, for example, announced its ambition to do just that with the June launch of its Terraton Initiative™ — aimed at accelerating carbon sequestration to an unprecedented level.

“‘30 Harvests’ is just one story. There are hundreds – thousands – of other stories about how farmers are continually innovating and evolving with climate smart agricultural practices, even in a tough economic environment,” Kaiser said.

USFRA is convening leaders in the agriculture and food value chain to create a strategic plan to meet the challenges of the next decade of nourishing an unprecedented population while enhancing the environment on which we all rely and benefit from.

“This is a call to leaders in food, finance and science to be part of the solution to co-create sustainable food systems with US farmers and ranchers,” Fitzgerald says. “We’re starting with climate change and how we can pull down carbon on our farms. Our hope is that one day soon, we can be the first sector in our country that is carbon neutral; and over time, helping offset for other sectors.” 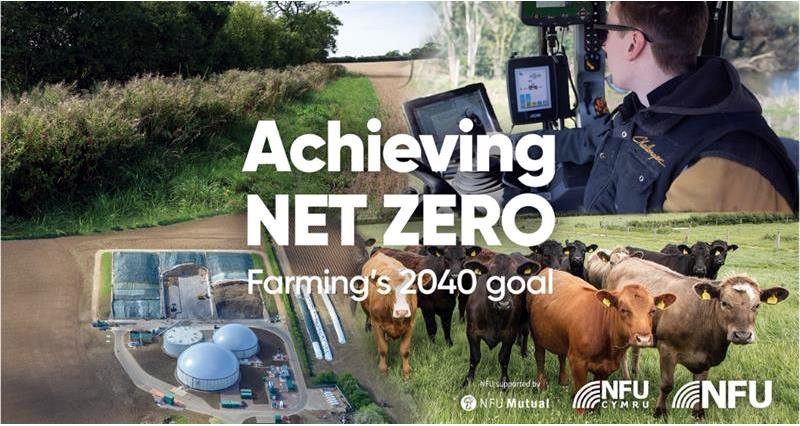 Over in the UK, the National Farmers Union (NFU) has unveiled its vision for how British farming can reach net zero greenhouse gas emissions by 2040.

Achieving Net Zero: Farming’s 2040 Goal sets out three pillars of activity that will help the industry to reach its ambitious goal. These are:

The first of these pillars is about reducing emissions, using a wide variety of techniques to enhance productivity and deliver the same output or more from every farm, and working smarter to use fewer inputs.

The third pillar involves displacing greenhouse gas emissions from fossil fuels and removing carbon dioxide from the atmosphere through bioenergy and bio-based materials such as hemp fiber and sheep’s wool.

“There is no doubt that climate change is one of the biggest challenges of our time and rising rapidly on the political agenda both at home and globally,” said NFU President Minette Batters. “Representing British farming, we recognize our unique position as both a source and a store for greenhouse gas emissions and, importantly, how we can build on our work so far to deliver climate-neutral farming in the next 20 years.

“We know that there is no single answer to the climate change challenge facing us all,” Batters added. “That is why we must work across a range of internationally recognized inventories and utilize the best available science, working in partnership with concerted support from government, stakeholders and the wider supply chain. This ‘white paper’ provides a strong foundation on which to talk to others about joining us on our journey.

More and more studies point to the heavy environmental toll inherent in beef production and the role of a massive shift to plant-based diets in mitigating climate change, but, as Batters told the Guardian, UK beef production, at least, does not rely on high-intensity farming or clearing forests for pasture, and is not nearly as emission-intensive as the global beef production average, so cutting the NFU doesn’t see a reduction in beef production as necessary to achieving its climate goals.

“We aspire to be producing the most climate-friendly food in the world,” Batters said in a statement. “The carbon footprint of British red meat is only 40 percent of the world average. And we can go further, whether that is through improving our productivity, using our own land to take up and store carbon, planting hedgerows and trees to capture even more, and boosting our renewable energy output.

“We can deliver on our commitment to net zero while retaining, if not growing, our agricultural capacity. British farmers are proud to produce food to some of the highest standards of animal welfare and environmental protection in the world. We must avoid anything that undermines UK food production, and merely exports our greenhouse gas emissions to other parts of the world.” 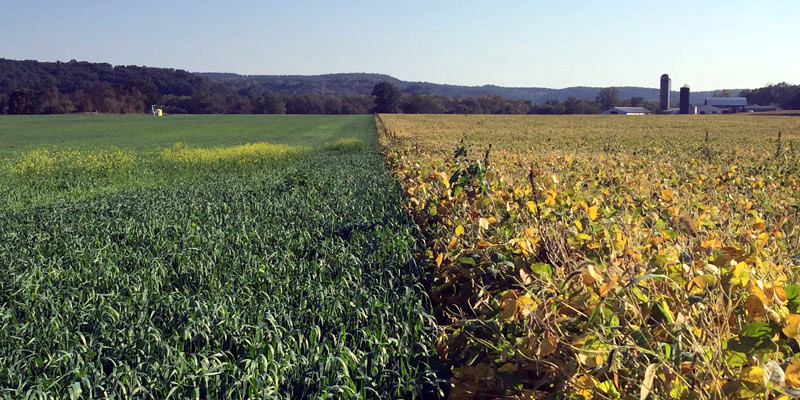 Meanwhile, aiming to show how all of this is done in practice is General Mills: In March, the food giant committed to advancing regenerative agriculture practices on one million acres of farmland by 2030. Now, a report released this week by four of its more conscientious brands — now collectively referred to as General Mills’ Triple Bottom Line Operating Unit — digs deeper into how the company plans to achieve that goal.

In 2018, Annie’s, Cascadian Farm, EPIC Provisions and Muir Glen came together as a new Operating Unit (OU) within General Mills, now named after the brands’ collective commitment to drive positive outcomes for the triple bottom line of planet, people and profit. While each brand has unique product offerings and core consumers, the decisions made across all four brands strive to advance the balanced triple bottom line.

“We chose to identify ourselves by the common thread that runs through these four brands,” said Carla Vernon, president of the Triple Bottom Line Operating Unit at General Mills. “And while some folks might not see the strategic importance in choosing an unconventional name for a subdivision of a corporation, we were very intentional in the choice. Now, every time someone in our company talks about our division, they learn something about our impact on all three bottom lines.”

Among the highlights in the new OU’s inaugural sustainability report is a comprehensive outline of the TBLOU’s approach to regenerative agriculture, which includes Version 2.0 of the General Mills Regenerative Agriculture Self-Assessment — a user-friendly, open-source tool for farmers to understand alignment between their agricultural practices and the principles of regenerative ag — to measure farming practices; as well as working collaboratively with farmers, scientists and partner organizations to build measurement systems that track farm-level impact. The report also details a life cycle assessment conducted on White Oak Pastures — an EPIC supplier — that shows that the farm’s beef production is net carbon negative.