Walking the Talk
Virtue Signaling vs Advocacy:
What Brands Can Learn from Patagonia’s Campaign to Protect the Arctic

If your brand is serious about sustainability, look no further than Patagonia’s example. The company shows us all what it looks like to build a community of advocates and network of allies that work collectively to shape policymaking. Your brand has that power, too.

On August 17, 2020, the US Secretary of the Interior, David L. Bernhardt, made an announcement that could forever change America’s wild lands. His department was preparing to auction off oil drilling leases in the 19.3 million-acre Arctic National Wildlife Refuge (ANWR), located in northeastern Alaska.

For almost 50 years, the Reserve has raised issues of climate justice, indigenous rights and biodiversity on one hand; and energy security, job creation and economic growth on the other. It also illustrates the extent to which corporate brands have become enmeshed in sustainability politics — perhaps none more so than Patagonia.

For decades, Patagonia has fought to protect the Refuge. Whereas most brands are content to virtue signal and accept any outcome, Patagonia has fought from every angle — nimbly shifting its strategy in step with the political process. As CEO of Phone2Action, a grassroots platform that serves Patagonia, I am privileged to have a ringside view of the brand’s work.

Patagonia’s stand for the Arctic demonstrates how digital advocacy can turn words from the boardroom into action on the tundra. The Refuge controversy is far from over and thus an unusual opportunity to witness digital advocacy in action.

The fight over the ANWR begins with the Gwich’in people, the US’s northernmost indigenous nation. Their physical and cultural survival depends on the Porcupine Caribou herd, which migrates seasonally to safe birthing grounds along the coast of the Refuge. Wildlife including endangered polar bears also depend on this coast.

Since the 1970s, politicians have sparred over whether to preserve or drill the Refuge’s coast, usually along party lines. However, two-thirds of registered voters oppose drilling the Refuge. Drilling would irreparably harm the Gwich’in and caribou, exacerbate climate change, and fail to recover significant amounts of oil.

But how can a brand like Patagonia shape the outcome of a half-century-long battle, where Congress and regulators now seem to hold the cards?

On November 2, 2017, the Tax Cuts and Jobs Act was introduced in the House of Representatives. On November 8, news broke that Alaska Senator Lisa Murkowski (R) intended to add legislation to the bill that would enable drilling in the Refuge. By folding it into a budget resolution, Murkowski could pass this provision with just 51 votes instead of 60.

In response, Patagonia published “Speak Up Now for America’s Arctic,” a post written by Senator Tom Udall of New Mexico (D) decrying the sneak play. “We can’t stand idly by as politicians in Washington carve up America’s natural heritage and sell it off to the highest bidder,” Udall wrote.

The Democratic stand failed. On December 22, 2017, President Trump signed into law the Tax Cuts and Jobs Act, including the provision for drilling in the Refuge. In response, Patagonia published a post called “The Fight to Protect the Arctic Refuge Has Just Begun,” announcing its renewed campaign to save the Arctic.

Fight from every angle

In February 2018, Patagonia was ready to build on the kinetic advocacy generated around its efforts to preserve Utah’s Bears Ears and Grand Staircase-Escalante National Monuments — a campaign that engaged nearly 500,000 advocates. So, the brand launched Patagonia Action Works — an activism hub that connects advocates to campaigns, educational content and local environmental organizations. Protect the Arctic Refuge and stand with the Gwich'in is one of eight campaigns ongoing in 2020.

Patagonia Action Works launched in time for the Department of the Interior’s Environmental Impact Statement, which would attempt to justify drilling the Refuge. As required by law, the DOI would have to host a 30-day public comment period.

Patagonia invested in an awareness campaign that ultimately produced two photojournalism projects, an ANWR expedition with Patagonia athletes, numerous blog posts and social media action. During the comment window in early 2018, the Action Works page and this content drove advocates to submit comments to the DOI in support of protecting the Refuge.

The Environmental Impact Statement released in September 2018 cleared the path for drilling (despite its major scientific flaws), so Patagonia switched strategies. The 2018 midterm elections gave the Democrats a majority in the house. In February 2019, California Representative Jared Huffman (D) introduced the Arctic Cultural and Coastal Plain Protection Act, proposing to ban oil and gas leases in the Refuge.

After Huffman’s bill passed the House in September 2019, Patagonia drove its advocates to email their Senators and Trump Administration officials in support of it. Advocates could simply text ARCTIC to 40649 to pull up the campaign and send a prewritten, customizable email. The campaign triggered more than 17,000 emails. Patagonia also drove emails in support of a Senate version, the Arctic Refuge Protection Act of 2019. Both bills remain stalled in Congress.

The August 17 announcement to auction oil leases in the Refuge is not the end of the fight. Lawsuits by the Gwich’in Steering Committee and environmental groups likely will delay the auction beyond the 2020 election, which could change everything.

As such, Patagonia is focused on this bigger picture. For instance, Time To Vote — a nonpartisan movement the company co-founded, now includes more than 800 businesses committed to increasing participation in our elections by ensuring employees don’t have to choose between earning a paycheck and voting.

Notice that Patagonia doesn’t signal intent and then quit in the face of setbacks. Patagonia fights on scale of years and decades, not quarters. The company uses multimedia and social networks to not only raise awareness but drive actions that affect regulatory and legislative outcomes. Today, its campaign is raising funds for the Gwich’in Steering Committee and boosting petitions to stop banks from financing Arctic oil projects.

If your brand is serious about sustainability, look no further than Patagonia’s example. The company shows us all what it looks like to build a community of advocates and network of allies that work collectively to shape policymaking. Your brand has that power, too. 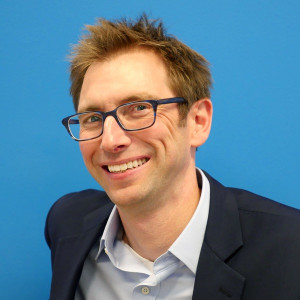