Sometimes change doesn’t require more horsepower. Sometimes we just need to unlock the parking brake. This book is about finding the parking brakes — discovering the hidden barriers preventing change that are thwarting action and learning how to mitigate them.

This is an excerpt from Jonah Berger’s The Catalyst: How to Change Anyone’s Mind (Simon & Schuster, 2022).

Unfortunately, when it comes to trying to create change, people rarely think about removing roadblocks. When asked how to change someone’s mind, 99 percent of the answers focus on some version of pushing. “Present facts and evidence,” “Explain my reasons,” and “Convince them” are common refrains.

We are so focused on our desired outcome that we’re consumed with how we can push people in that direction. But along the way, we tend to forget about the person whose mind we’re trying to change. And what’s stopping them. Because rather than asking what might convince someone to change, catalysts start with a more basic question: Why hasn’t that person changed already? What is blocking them?

That’s what this book is all about: how to overcome inertia, incite action, and change minds—not by being more persuasive or pushing harder, but by being a catalyst. By removing the barriers to change. With all the focus on pushing on the gas, we often overlook an easier and more effective way: identifying what is blocking or preventing change. And eliminating these obstacles to action.

Sometimes change doesn’t require more horsepower. Sometimes we just need to unlock the parking brake. This book is about finding the parking brakes. Discovering the hidden barriers preventing change — identifying the root or core issues that are thwarting action and learning how to mitigate them.

Reactance, Endowment, Distance, Uncertainty, and Corroborating Evidence can be called the five horsemen of inertia. Five key roadblocks that hinder or inhibit change.

To see how removing all five barriers can work in concert, we turn to one of the most remarkable marketing campaigns in American history. It’s hard to imagine a less compelling product: organ meat. But in 1943, the US government had to convince its meat-loving populace to give up steak and to start frying up brains and kidneys — and to feel pride as they did it.

In January 1943, just over a year after the US entered World War II, former president Herbert Hoover took to the pages of a food and nutrition magazine to deliver a stern warning about a unique threat: America’s meat supply. “Meats and fats are just as much munitions in this war as are tanks and aeroplanes . . . ,” he wrote. “Our farms are short of labor to care for livestock; and on top of it all we must furnish supplies to the British and the Russians.”

Food wasn’t just sustenance; it was a matter of national security. Having led the US Food Administration during World War I, Hoover understood that wars are often fought far from the battlefield. To have a chance at winning, the Allies needed their soldiers to be well-fed. And given that war had destroyed

much of Europe’s food supply, the United States needed to help provide for more than just their own fighting force.

But feeding all those soldiers meant cutting back on the home front. As more beef and pork were shipped overseas, meat soon joined cheese and butter as rationed food items. This was a harsh blow to Americans’ eating habits. Red meat was a prime source of energy; and particularly among the working class, its presence on the plate helped define what was seen as a proper meal.

Someone had to change Americans’ minds about what types of meat to consume, shifting them from steaks and roasts and pork chops to less choice cuts that the soldiers wouldn’t eat. Sweetbreads, hearts, liver, tongue, and other underutilized organ meats. Aided by the burgeoning advertising industry, the government propaganda machine sprang to action. Lectures extolled organ meats’ low cost and high nutritional value. Colorful posters and pamphlets appealed to patriotism. “Americans! Share the meat as a wartime necessity” and “Do with less so they’ll have enough,” they exhorted. By stretching food resources, ordinary Americans could help win the war.

The appeals were as inspiring as they were beautiful. Pictures of smiling wives carrying trays of liver loaf for their adoring husbands and sons. Red, white, and blue posters asking consumers whether they were doing all they could. But for the most part, these efforts failed. It wasn’t that the public didn’t care about the boys overseas. Or that they didn’t understand that organ meats could be nutritious. They both cared and understood, they just didn’t shift their behavior. Blame inertia or squeamishness. Consumption of liver, tongue, and sweetbreads barely budged.

How could the government get American consumers to change their minds about organ meat? 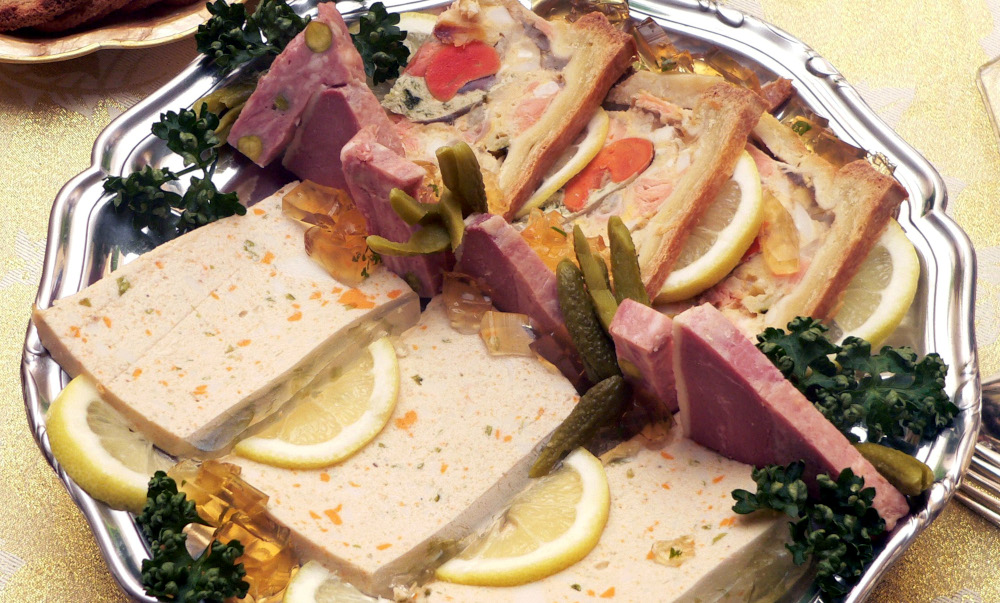 As part of their efforts to shift Americans’ meat consumption, the Department of Defense organized the inaugural Committee on Food Habits. And as part of that committee, they recruited psychologist Kurt Lewin. Lewin, often recognized as the founder of social psychology, studied in Germany and moved to the United States in 1933 to escape the Nazis’ rise to power. He was a wizard at turning everyday problems into clever psychological experiments and saw how powerful psychological insight could be for improving the world.

Before 1942, efforts to change public opinion tended to rely on education and emotion. “Present the facts clearly and correctly, the public must become interested, impressed, and persuaded.” Tell people what they should do, link it to something they care about, like patriotism, and they’ll take action.

Lewin surveyed the situation and took a different tack. Incentives like eating nutritiously and being patriotic were fine, but they didn’t seem like the most effective way to shift behavior. Rather than trying to persuade people or asking, “What would convince Americans to eat organ meats?” Lewin asked a different question. One that is similar to the type of question we’ve been asking throughout the book: Why weren’t people eating organ meats in the first place? What was stopping them? After sifting through interviews, observations, and other data, a few key obstacles or barriers to organ meat consumption emerged.

First was the format. Prior efforts had mostly told people what to do. Demanding that Americans “share the meat as a wartime necessity” appealed to patriotic duty, but it didn’t make people feel like they had much choice in the matter — which didn’t make them rush to change their behavior. Second, Americans were clearly wedded to what they were doing already. They loved steak and pork chops and all the other things they were used to eating, or were endowed with, and they didn’t want to give them up. Third was the size of the ask. Most early programs were all or nothing. They usually focused on only one type of organ meat, and they encouraged eating it multiple times a week. A dramatic change that most families refused. Fourth, there was a lot of uncertainty. Organ meats were just unfamiliar. Housewives didn’t know what brains tasted like or how to prepare kidneys, and without that familiarity they weren’t going to risk cooking it for their families. Finally, most people didn’t think organ meat was something folks like them ate. Some saw these cuts as useless leftovers that should be discarded. Others thought they were only appropriate for rural families or lower socioeconomic groups.

Armed with these insights, Lewin’s committee stopped pushing harder with the same old ad campaigns. Instead, they focused on removing the obstacles. To reduce uncertainty, they tried to make organ meats more widely available, providing recipes and cooking tips wherever organ meats were sold. They suggested mixing it in as part of a larger dish of familiar foods that could be prepared the same way as regular meat. “Every husband will cheer for steak and kidney pie,” one 1943 article suggested. Liver could be surreptitiously slipped into meat loaf, so kids would dig in.

To shrink the distance between where people were and where the government wanted them to be, Lewin’s team asked for less. Rather than demanding that Americans eat beef brains every day, they asked people to try organ meat once in a while. For variety, they could introduce it as filler in ground beef and sausages. To ease endowment, Lewin’s group surfaced the costs of inaction: how sticking with steaks and pork chops was hurting the troops.

And to reduce reactance and make the change feel more voluntary, Lewin tried small group discussions instead of lectures. Rather than telling homemakers what they should do, he brought them together and asked them to share their opinions. How could “housewives like yourself ” overcome the obstacles that stood in the way. These discussions provided corroborating evidence. They allowed homemakers to see and hear how other people were solving the same challenges: how mothers and spouses just like them were able to overcome their own uncertainties to help with the war effort.

At the end of the discussions, the group leaders took a quick poll. They asked women to raise their hands if they intended to try some of these new meats before the group’s follow-up meeting — and raise their hands, they did. The results were dramatic. Lewin’s group discussions led to almost a third more women agreeing to serve organ meats. But it was more than just that. Nationwide offal consumption rose by a third. Liver became a special treat.

Lewin’s committee didn’t just change consumer behavior; they did it in a situation where change seemed almost impossible. They showed it possible to take perhaps one of the least appealing products imaginable and to turn it into a delicacy in households across the country. And they did so, using the exact same tools we’ve been talking about throughout the book. 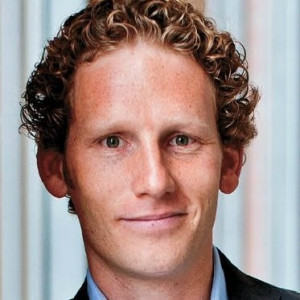 Jonah Berger is a marketing professor at the Wharton School at the University of Pennsylvania and internationally bestselling author of Contagious, Invisible Influence, and The Catalyst. He's a world-renowned expert on social influence; word of mouth; and why products, ideas, and behaviors catch on; and has published over 50 papers in top-tier academic journals. He has consulted for a range of Fortune 500 companies, keynoted hundreds of events, and popular accounts of his work often appear in places such as The New York Times, The Wall Street Journal, and Harvard Business Review. His research has also been featured in the New York Times Magazine's "Year in Ideas."